The world is moving full circle for me... Perhaps it was watching the screening of Planes, or meeting all the ladies in the Air Race Classic, or the fact my middle daughter just bought a house a block from the Bend Airport.  But when Tony Pfau emailed about AirPark, that was the final straw.

I want to buy a plane! I am going to try to find my old Aztec and paint it fun for the kids, naming it after a character from one of my children's book (coming soon), and flying it to airshows! Going back to my roots. General Aviation is too much fun to not be in the middle of it. 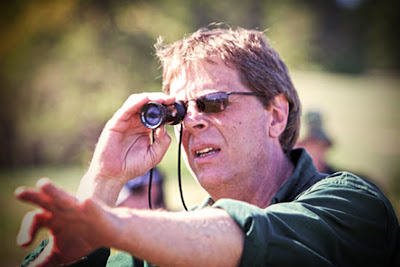 More about AirPark from Tony Pfau:

"There is no question that aviators played a huge role into the shaping of this great country. Their winning attitude, their right stuff, and the often overlooked, spirit of encouragement, have made a difference in our world and many a youth’s life. 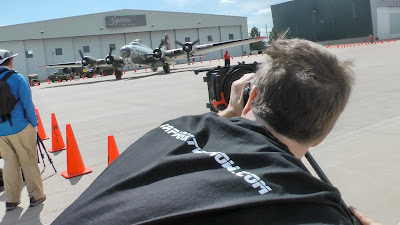 Aviators, as a group, generously reach out to youth passing on the spirit of that inspires one to reach for new heights, and get there. That is one of the "good things life is made of…", the spirit, that award winning and seasoned producer Tony Pfau seeks to capture and get to the screen with the kids TV show all about aviation, Airpark TV. 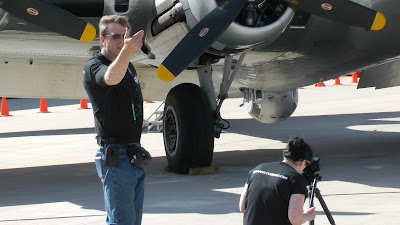 The children’s TV show, Airpark, will consist of fun and exciting segments designed to engage and captivate youth, generate an interest in aviation, explore aviation jobs, and connect kids to the aviators. There is even a reality segment that will take the audience on the journey of youth getting to their first flight, then later, catching up with them as they continued on in aviation.

The show would be natural complement to existing youth outreach programs, guiding audiences to groups such as EAA’s Young Eagles where they get involved with aviation & activities.
The plan is for the show to be hosted by real teen pilot mentors and other kids and real aviators. The sequences are all being designed to entertain, inspire, educate and captivate youth about aviation. The producer hopes to get the show available through a variety of distribution channels including to the iPad® screens. There are seven regular segments being developed as well as special feature segments. 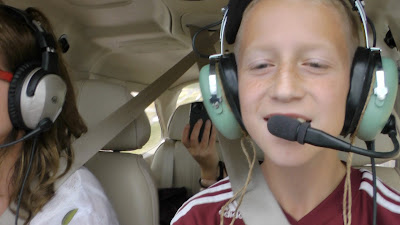 One of the special feature segments being developed is one to reach out to young girls. That segment would have female teen and adult pilots working with younger girls in a special workshop and their first flights. These segments are planned to help inspire girls too, showing that aviation is not just for the boys.

The idea was inspired by Tony’s desire to create good family entertainment and something cool for kids. Drawing on his experiences in motion picture aerial production and different projects about aviation a while back, the idea was born. Then, last year he read the memoirs written by Michael A. Davis about his days growing up at a local airfield. Visiting the colorful past in those memoirs, Tony decided it was time to blow the dust off the file, take some chances to try and get this kid’s show into production. 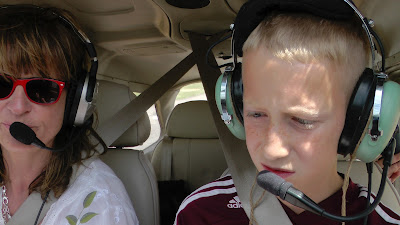 With the enthusiasm of a Buzz Lightyear, Tony seeks to start spreading some more of the aviator’s "right stuff.” Tony explains "…I really hope to offset the constant barrage of bad influence on our kids by creating good healthy entertainment that will inspire, pass on the winning attitude of aviators, foster attitudes for success, and bring something good to lives of kids and their families, and our society." 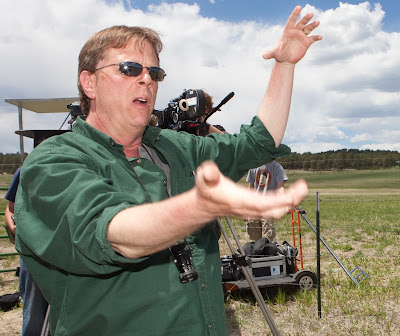 Emmy award winning producer Sheri Kaz, loved the idea so much, she offered to come on board with the pilot effort before Tony was even halfway through with the pitch. Tony & Sheri had worked together many times before including on an award winning family feature film "Moosie". They have already been out filming some material at Young Eagle's events and now working on the creative development.

Real television production is not cheap. In order to get the project produced to professional standards it takes enough money to do right. The first phase of crowd fundraising using IndieGogo started in June. The link, http://airparktvshow.com , will go to the fundraising site. The production is also seeking segment or show sponsors as well as advertisers. The goal is to get a spectacular pilot episode done that can be used rally more support, sponsors, advertisers to make a full weekly series, digital feed a reality.

The producers hope to explore ways to get the show into production much like the way “Mutual of Omaha’s Wild Kingdom" series was produced, where the show has one main sponsor.

But right off the bat, the show could immediately be made available to different aviation groups and schools as another tool to reach out to kids. To find out more, visit the project website is at AirPark."

Time to brainstorm: What can you do to help inspire children, and share the love of general aviation? Become a part of AirPark... and spread the word.