"I Soloed at OshKosh!" 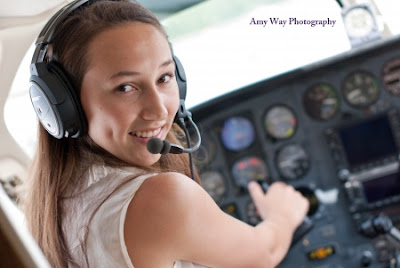 
Last week I received a message via the Seattle Chapter 99 network from a young lady who said, “I soloed in Oshkosh!”

That first flight alone with courage on your back and dreams in your pocket, dancing upon the wings of wind. 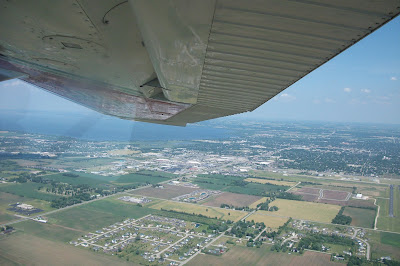 “My flight instructor, Maj Owens, flew me and another cadet in his personal DA 40 up from Georgia to Wisconsin to participate in Civil Air Patrols National Powered Flight Academy. We stayed at Civil Air Patrols barracks there at the Oshkosh Whittman regional airport. The week consisted of constant flying and napping and studying and napping! By Saturday, most all of the other cadets had either soloed or presoloed, because it was only two students per instructor. 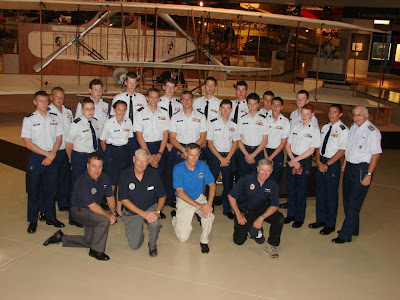 Maj Owens, however, had three students so it took us longer to use up our hours. Therefore Maj Owens gave us to other instructors who had previously finished with their cadets. So Saturday I had a new instructor; I already had my pattern down perfect, but still hadn't quite made a good landing all by myself. By the end of the day I learned and perfected the landing with the new instructor and had thirty minutes left. Since I had been with a different instructor on Saturday, Maj Owens wasn't quite sure if I was ready to solo, as he hadn't seen my landings yet. In his mind I was finished and he kept telling me that I could always solo at home. 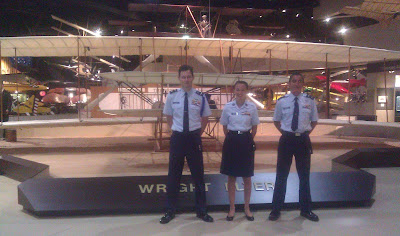 The day was done, and thirty minutes wasn't much time left. I got back to the barracks Saturday evening fuming. I wasn't mad at him, me, or anyone. I was just so frustrated knowing that I was at the point I was ready to solo, if I just had a chance. I did not want to come home without solo wings. Soloing at Oshkosh was a once in a lifetime opportunity and I was determined to accomplish my goal.

It had been a hard and tiring week, exhausting both mentally and physically for me. After calming down a little, yet more determined than ever to make my last thirty minutes count, I followed Maj Owens around after dinner, and stood over him at his desk, glaring at him until he finally started laughing at me and how adamant I was about this. I told him I knew I was ready to do it, and asked if he could please take me up tomorrow.

He agreed and told me that he would solo me if I could show him three perfect patterns and three perfect landings. No pressure there!!! I was just thankful for the chance, and was determined not to mess it up. That morning my first landing was pretty darn good. I knew it was, and started smiling really big. He watched me and started smiling himself and told me that it was good. The next two were great as well. 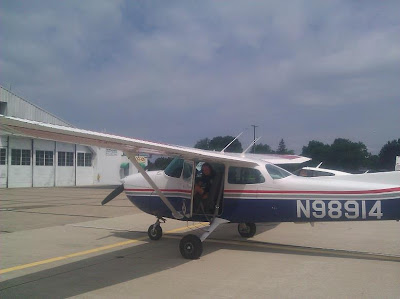 When we landed he didn't say much, but said that I did what he required and asked me if I still wanted to solo. I looked him in the eyes and said a very confidant "YES." He laughed and said, "do you know what convinced me that you would solo today? That look you gave me in my office last night. It was like you were shooting daggers through me!" (that is why my solo tie says what it does!). 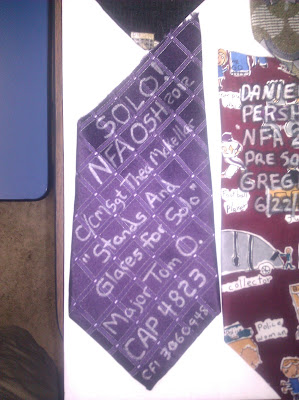 I laughed and told him I wasn't kidding and that I knew I could do it. He signed my medical and my logbook, and then we walked out to the Cessna. Once I got home, everyone asked me if I was nervous. Thinking back, I can honestly say that no, I wasn't. I was scared, but not nervous at all. I was just so focused and concentrated on everything that needed to be done that I didn't have the time or energy to think about being nervous! 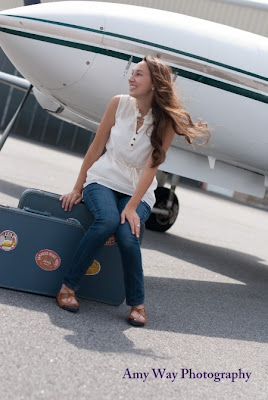 Takeoff and pattern were fine, calling midfield was exciting, and then the landing came. I was a little high, but I managed to get down and did a great landing! Once I taxied back, I could not stop smiling. I landed, gave Maj Owens a hug, and literally skipped back to the FBO. Maj Owens went outside to call someone to pick us up, and I danced around and smiled, and oh, I was so happy and full. At one point Maj Owens had to tell me to chill out; I told him that was impossible for me! He was an incredible instructor all week. I’m a bit of a slow learner and I’m pretty sure I gave him a few grey hairs and exasperated him more than a couple times that week. He never gave up on me though, and I will always remember that.” 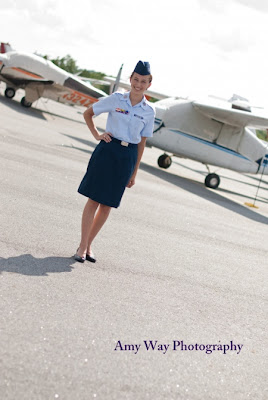 “When I began high school, I got the idea in my head that I wanted to become a pilot after a family vacation where we flew in a small hopper plane. We had a friend who was in the Civil Air Patrol, so I joined that organization. Their program is amazing and it is with their powered flight academy program that I soloed. I also bought the KINGs private pilot ground school DVD program and went through that. Last year, I was online looking for any kind of aviation magazine I could order. I came across the Women in Aviation website, and found a local chapter. The support, encouragement, and volunteering opportunities with them has been tremendous, not to mention the WIA conference scholarship! Those three things have been an incredible help to get me started.” 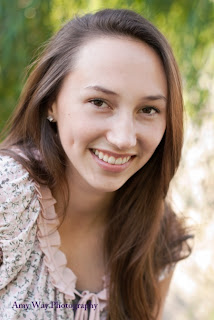 Thea just graduated high school, and this September she is going to take a “gap semester” and live in Italy to be an au pair for three months. When she returns home she’ll get her degree in journalism and continue flight training at Middle Georgia College.

Please join me in encouraging and supporting yet another pilot with love of flight and for Women in Aviation and their support of dreams.


Thea, enjoy every moment... they just keep getting better. And never lose your daggers. You know when you're ready.

A special thanks to Amy Way Photography for the Great Photos I borrowed. :)
Posted by Karlene Petitt at 12:00 AM