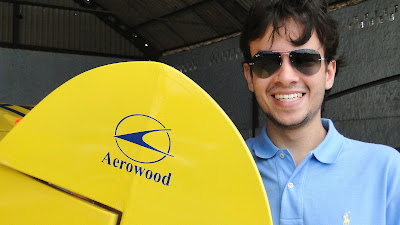 “I woke up electric because there was this loud noise over my window at 1600ft apparently, it was a GOL B737NG. I ran to the terrace, which is located next to the living room where my mother and sister were sitting, and I started to cheer at the airplane like a crazy person. My hair was a mess, so was my face, and my mother and sister laughed at me. Poor AvGeek teenager, he was still a sleep.” 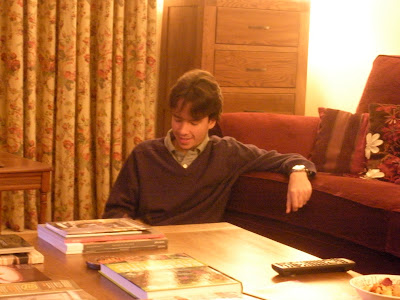 This love of aviation has grown over the previous 12 years. Alex first fell in love with aviation when he was only 4 years old. Imagine thinking that a visit to the airport was more fun than the park or playing with your toy cars at home. To some this may sound crazy, but to those with a passion for aviation... the sky becomes your life. Nobody knows this feeling more than Alex.

How do planes fly?

Alex believed they were lifted by magic until he was about six years old. But it was Alex’s father that impacted his passion to this aviation world. Alex tells me his father often traveled by air, and his return had always been a significant event for him.

Alex said, “Every time that he was about to arrive, I started to get euphoric. Once at the airport, the sound of airplanes arriving and my uncle saying: see that? Another flight has just arrived! And that airport flight chime made me realized how fantastic aviation was. I went many times to different airports. My entire life had this connection with aviation. My first flight was with Emirates when I was coming to Brazil... I recognize through photos that it was a A300-600R operating between DXB and LHR. The sound, the aircraft itself, and the smell of pressurized air have always seduced me.” 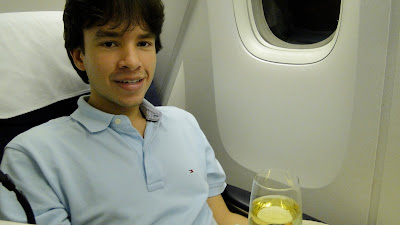 While his extended family never had a connection to aviation, they were an industrious family connected to trains and farming. His attitude and work ethic were born. Alex's family gave him more than an example to live by—they’ve given him support of his dreams. They even told him he looked like a pilot. The fact they all love traveling by planes doesn’t damper the enthusiasm for his chosen profession.

It’s hard for me to remember that Alex is only 16, because he thinks beyond his years. When I asked where his future will take him professionally, he said, “We don’t choose what airline company we will work for, they choose us. They invest in us. An aviator must follow his dream and with this dream he will reach the key to success.” 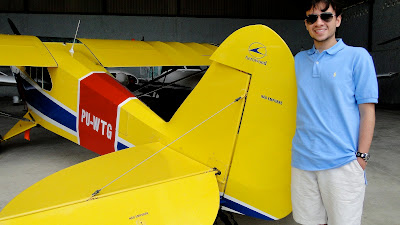 I have no doubt that Alex will be a captain of a wide-body modern jet, working for a major airline. Despite his wisdom on the airline picking the pilot, he does have a plan.

“If I get to live in the US, maybe for Delta or United. The B777 (all variants) is on the top of my list. If I stay in Brazil, GOL is my main choice because of the fleet and later TAM for its B777. But time will decide where my destination is going to be. My mission is to catch up non-stop flights until I reach my career.” 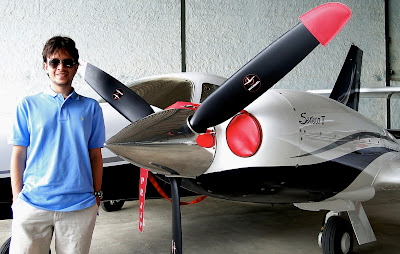 His greatest struggle was finding a way to become involved in aviation. When he was 9 years old he grew frustrated because his only connection to aviation was through magazines. He needed more. And he's been finding that through connecting with others.

Alex has been writing to me for over a year. He’s a brilliant young man. Take a moment to read his words of wisdom on college. Most pilots don't understand the reason a pilot needs to be educated.
Alex is a different story.

Torn between colleges, Alex’s academic choice hangs in the wind. ERAU in June 2013, or São Paulo to begin flying lessons. Life is different in Brazil for education and flying than it is in the US. 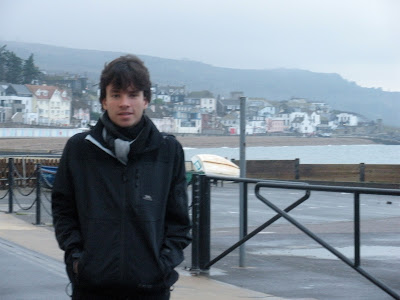 Alex says, “It’s a good time to study aviation in Brazil, but education in aviation is a problem. And on the other hand, we have companies announcing that a college degree is recommended. But I believe airlines can't start asking for a degree because the Olympics and the World Cup are coming, and they need pilots to expand.

Deciding which school has been a difficult challenge. Costs and fees and location were the main factors, but what I did was write down the pros and cons, how was the market's situation in each country, what airlines were looking for, than compare quality and popularity. If the university’s prices were fairly good to what they offered the student, then that would be the chosen one.” 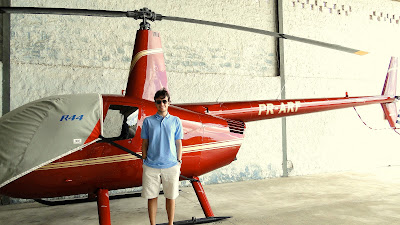 Alex has read Flight For Control twice. I laugh because I have told the Aviation High School students they have to wait until they are 23 before they can read it. I asked Alex what made him read it twice—

Alex: “Because in this book, fiction mirrors truth. The fact that you are an aviation insider, you knew what you were writing about the market, and because of that, I got really interested. The situation is shocking. The story is complex and amazing. Even the last line surprises the reader. I would say this is a complete book. It shook my emotions, and again, it's a brilliant guide that's shows our aviation world.”

At the end of the book, I had posed some questions for our future aviators. Alex has created an interesting blog, Aviation Center, and he asked if he could post them there. My response—of course, but what was it about the questions that struck a chord with you? 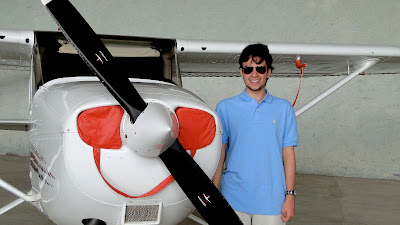 Alex: “They are objective, and I don't find those questions anywhere. I don't see anybody discussing something related to them. Seriously, they do need to be discussed and I felt the necessity to post them. Those questions were written on the right time.”

One of the most amazing things about Alex, besides his brilliance, is his interest in safety. So many students want to fly with the illusion that we make the “big bucks.”  I had to ask, “Alex, where did you passion come from?”

"I only discovered that being a captain earned good salaries two years ago. Where did it come from... The cockpit. Navigation, meteorology, weather, flying through the clouds, the sensation of freedom and infinity, takeoffs, landings, smell of pressurized air, systems, engines, turbines, the loud noise... I don't know even what to say, it goes beyond of what I think, and there are no words to describe what I feel. I am capable of screaming and cheering like a crazy person when a plane flies over. I feel very emotional. It's magical, it's beautiful.” 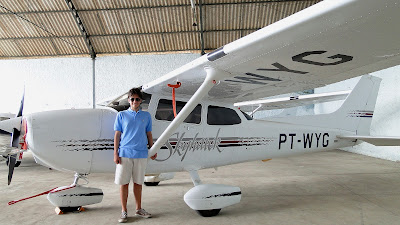 And there you have it—our future of aviation—Alex Wood.

Please take a moment and click Aviation Center, and join his website. This is one young man that deserves support. And one day you will either be flying with him, or on his plane. When you do, take a moment and congratulate him on a lifetime commitment to excellence.