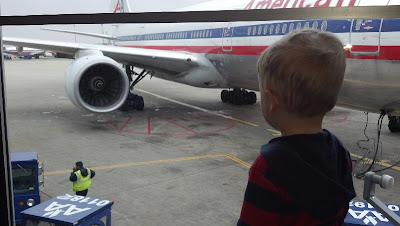 When I asked Ryan to write about flying, he named his work “Passion to Fly,” and I cannot think of a more appropriate title.

The magic started on his first airline flight, a trip that began in fear and ended in joy. None of the passengers on that flight would have imagined that the crying ten-year-old boy holding up the plane would one day be up front flying it. Ryan recalls that the moment the wheels left the ground left him in a feeling of awe like nothing else.

“I was no longer part of that world we were leaving. It was as if all the stresses and problems were left behind, and we were attempting something amazing. I could see for miles upon miles that night in the air. It was a perfect situation to fire a passion.”

Instead of solely focusing on becoming a pilot, Ryan chose to become a “well-rounded aviation person,” someone who knows what happens on all sides of the industry. We all play different roles in a giant, ever-changing puzzle. He earned all of his ratings up through his CFII and instructed for his college, Western Michigan University, until he was hired by American Eagle Airlines. 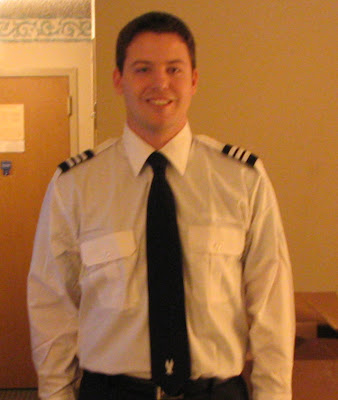 Ryan learned to work as part of a team, both during flight school and while flying for an airline. Pilots have to be confident in each other’s skills, even if their personalities may not necessarily mesh. One of his best flying stories taught him about how to work with people instead of against them, especially when the safety of the aircraft is at stake. Thunderstorms popped up more severely than expected during a flight, and Ryan, though a low-time FO, did everything possible to help the captain fly and land successfully.

“Upon final decent, we had to change runways 3 times in order to have the safest possible outcome. I changed radios, spoke with ATC, dialed in new approaches, set up both FMS’s, configured when prompted, and even remembered that by turning my radar off, it would allow the captain to have a quicker radar update, which was crucial. I was able to allow him to relax and just be concerned about flying the airplane. We finally made it to Green Bay without incident. After we performed our parking checklists and the airplane was dark, the captain turned to me, shook my hand, and said, ‘You are worth your weight in gold.’ It is a moment I will never forget!” 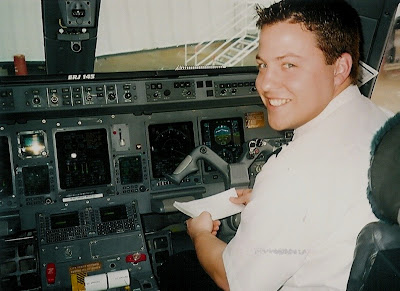 In July of 2009, Ryan began to experience health problems that finally resulted in medical grounding by the FAA. Regarding his illness, he chose to speak on what can be done to lessen the blow of a serious health problem.

“We all know how important health is, especially in aviation. In our younger years, we often take our health for granted because we feel it cannot happen to us. We have a false sense of invincibility. It is normal, but you should always have a protection plan in aviation; always have a way out.

I don’t mean to give up on the industry if it gets tough. I am talking about aviation disability insurance. It is something most of us do not think about being so young in aviation. However, it is your lifeline when in the industry. As entry level pilots, most of us do not make much money, and we would like to save as much as possible. Do not cut out this lifeline. It is a very unique insurance honed and tailored to the aviation professional, and it will help and aid you in your most trying times when you lose the coveted medical.

I cancelled my insurance in March of 2009. I was diagnosed with a rare sarcoma in August of 2009 and lost my medical. I still have yet to get my medical back as I write this, and, unfortunately, I am fighting for my life as the sarcoma has surfaced again. I love my life, and everything about it. I am not unhappy in the least bit, and I enjoy every day to fullest extent with my wife and two young sons. However, let my life lesson be a wakeup call for anybody entering the industry. Finances are the last thing you want to worry about in any situation, but especially when it comes to health. Do not make the same mistake I did because it can happen to anyone.” 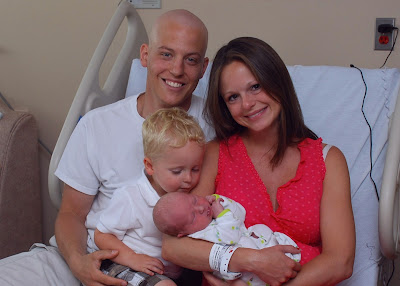 Ryan’s thoughts on flying best summarize his advice to his fellow aviators:

“You have been given the gift of flight. It is a truly remarkable and awesome gift, and it should always be thought of that way. Do not get stuck in politics of the airline, negative people, or negative tones, and do not take what you now have for granted. You have an office view like no other. You have an extended family that will be with you and help you through the rest of your career if you allow them to. You are leaving the confines of land, each and every day, to ultimately explore the sky above. If you always worry about the next airplane, next flying job, or who has it better, you will miss some amazing people and breathtaking experiences.”

Thank you Christine for a great interview.

With that said, the Humphrey family is in a bit of a financial bind, as you might imagine. New baby. Two kids. Medical bills. Life.

You are about to be introduced to Team Humphrey Wearables.
100% of the proceeds go to the Humphrey family.
The quality is excellent.
Ryan, I had not known you cancelled your disability insurance. What an unfortunate twist of fate. Sometimes life plays tricks on us. But thank you so much for sharing your story and giving the advice to others. Your message is priceless. 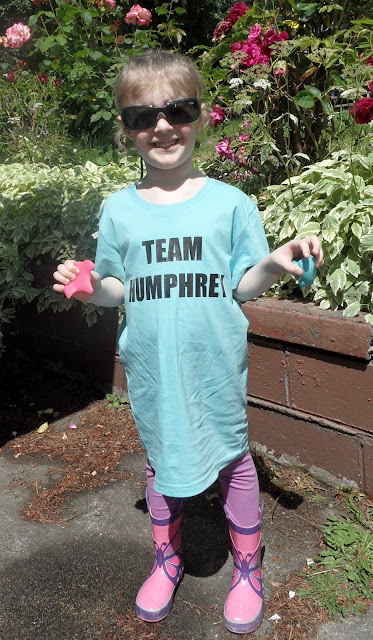 Kadence-- My 4yr old Granddaughter
She's part of the team!

Ryan... for you and your family, 9 members of the Petitt family are now part of your team, as is Christine. More photos to come! Until then, I'm asking all readers to buy a shirt, hat, something and send me a photo for the Team Humphrey post.
Coming soon.

One of the greatest things about Aviation is we support each other. If you don't have the financial means to purchase a wearable yourself, just send this link and the message to your friends. Spread the word... that will help.  The more people we can gather on the team, the more we can help a family during a critical time.

Will you be part of the team?