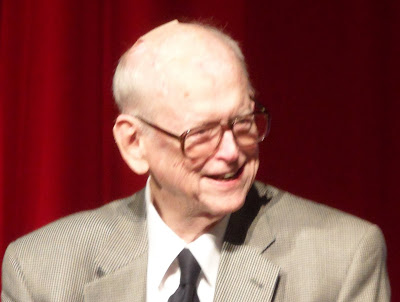 Last night I had the great honor of being part of history, as William Boeing Jr. was honored with the first-ever Red Barn Heritage Award. The Museum of Flight's vision is to be the foremost educational air and space museum in the world, and William E. Boeing Jr. has spent a lifetime committed to furthering this vision through education and preserving aerospace history. 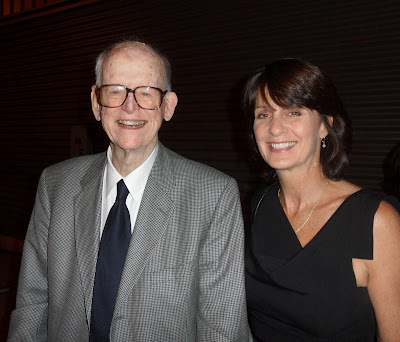 While Boeing's career has been vast and far-reaching, he's never traveled far from the roots his family planted in Seattle. Of his most important achievements was his saving, moving and restoring the Red Barn... Where the first Boeing planes were made and beats as the heart of The Museum of Flight. 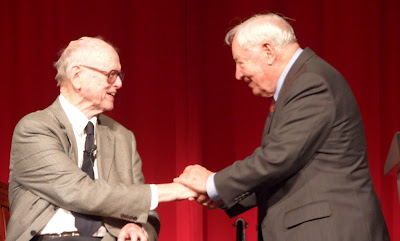 Among the many guests honoring Mr. Boeing tonight was Joe Sutter... Mr. 747 himself. Who happened to be the first person I recognized at the party. We had a nice little chat and he told me a couple things about the Boeing and the Airbus. 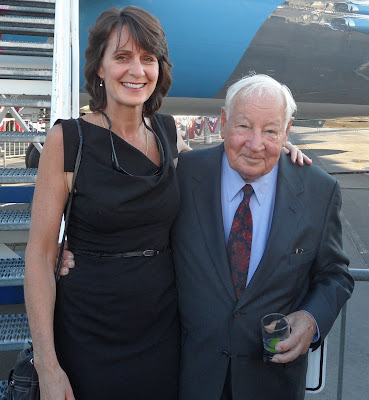 When I told Joe that I was now flying an Airbus he said, "Airplanes are supposed to do what the pilot tells them not the other way around. The difference between Boeing and Airbus is the Airbus tells the pilot what to do. That's wrong! The pilot should tell the plane what to do. And you can tell those Airbus people I said that. What are they going to do to me anyway? I'm ninety years old."

Robbi and Doug DeVries... Thank You both for a wonderful evening. We had a fabulous time, and we're both looking forward to our sculpture/wine release/book signing party. Maybe we could invite Billy Joel for Kathy. 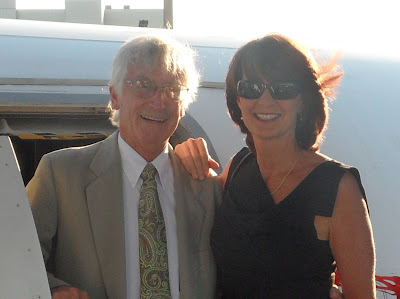 Dick (My hubby) and Karlene