"Listen up, Read Back, Fly Right"

Yesterday afternoon I had the opportunity to meet four outstanding individuals- Chris Jules, Kirby Kauffman, Charlie Hewitt, and Steve Rychetnik, who are all making a difference in Aviation Safety.

The Fly Right Team flew in from Anchorage Alaska to do some preliminary shooting for volume three of the Aviator Series with Dick Rutan, and to promote Max-Viz. I was honored to join them at Seattle's museum of flight to meet these talented folks, and discuss some future projects. They also came with gifts~ two videos from their aviator series with Dick Rutan: Attitude Flying, volume one, and Decision Making, volume two.

I spent the evening watching both. Side note: I had the great opportunity to speak with Dick Rutan, with my co-hosts, during a FlightPodcast.com interview, and I wish I'd viewed these videos before hand. I learned so much more about Dick Rutan through these films. They captured his passion and emotion, and showed his commitment to aviation safety and his love of flight. Our Flightpodcast interview will be posted soon, along with a more detailed discussion on the power of these videos.

For now, I'll say that these films are entertaining, beautifully choreographed, educational, and bar none the best I've seen. But wait, I fly an Airbus for a major airline... why should I watch a general aviation training film? I'm just sayin... we never stop learning, and there is always time for aviation humor. For all GA pilots, these videos are a must see. For everyone else... these videos are a must see. 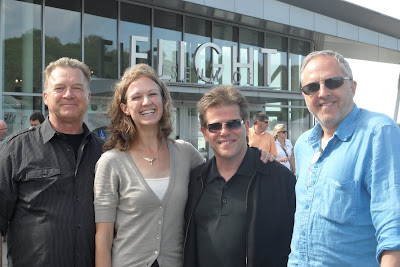 Inspiration comes in many ways, and I find it fascinating learning where genius originates. The short story on how Fly Right Films came to be ...

Charlie and Chris were operating Mirror Studios in California. A recording studio; TV, radio, music, voice over, etc., Charlie moves to Alaska, has always loved aviation, and realizes aviation safety is lacking. He cold calls the F.A.A. and Mirror Studios ends up doing a series of aviation safety videos. Check out the titles of the films... they all happen to be "Fly Right" ... and thus Fly Right Films has branched out as an entity of its own, under Mirror Studios. Charlie meets Dick Rutan at Oshkosh, one thing leads to another, and here they are making the aviation world safer. Did I mention that Charlie began his flying during film one, and received his pilot's license during film two?

With Right Films you will...

If flying feels more like a means to an end than a passport to adventure, it’s time to rediscover the thrill, spirit and wonder of flight you may have forgotten.

That’s our objective in each Fly Right film – to rekindle the thrill and wonder of flying – to rediscover that spirit of accomplishment – as you explore, learn and realize your potential to be the very best pilot you can be. 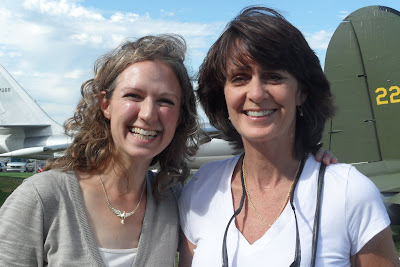 I am very fortunate to have met Kirby, the production coordinator, and her team. My eldest daughter told me that I collect friends. But heck, how can I not when incredible people keep showing up in my life? An interesting note, my condo in Anchorage is just a few blocks from the Fly Right Films office...We were destined to meet.

Please follow Fly Right Films on Twitter and Facebook. And check out their films, the quality is outstanding. Watch here for more detail on the videos, a sneak peek at what they're doing, and for some fabulous giveaways, too.

Question of the day:

Do you know the correlation between Sex and a Flight Test? After you watch the films you will. Did I say these films are educational and entertaining, or what?

Take a guess (keep it clean for the kids) and if you guess right (and haven't scene the films) you will win an autographed copy of my novel, Flight For Control... released soon!

Posted by Karlene Petitt at 1:00 AM