Personalities in the Flight Deck


How we behave and interact with our fellow crewmembers impacts performance and is the essence of Crew Resource Management (CRM). In the early days the pilots referred to this as Charm School. Not all pilots needed to be fixed, but we all learned that certain behaviors alienated crew members while other behaviors encouraged a team effort. Many pilots were forced to conform to the appropriate behavior, and they did. While other pilots already had the personality that worked well with others.

Did CRM change personalities? Probably not. But not unlike a two-year old who throws a temper tantrum, pilots with inappropriate behavior learned what was acceptable and what was not. 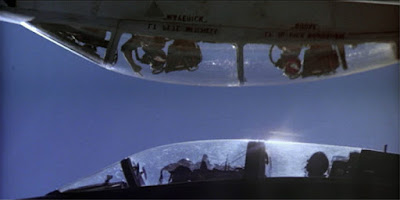 CRM training did not change the personalities of the curmudgeons in the cockpit, it just gave them guidance as how to behave going forward, and identified behavior that could achieve the highest crew performance and help to eliminate errors. Thus the question prevails, is there a perfect pilot personality or can anybody learn how to behave in a particular environment?

Dr. Cuevas (2003) researched the pilot personality and reported that pilots innately exude confidence, and due to this greater confidence they can deal more effectively with higher amounts of stress than less confident individuals. Perhaps this rolls back to yesterday's discussion on resilience.

What are the perfect personality
traits of a pilot?


"Looking at personality traits, I would like to focus on extraversion versus introversion. In my opinion, here is an expectation and acceptance of a pilot being of the more extroverted type, maybe especially the pilot in the left seat. A behaviour that might be more difficult for an introvert captain to comply with. Let´s assume that you have an introverted captain, flying with a highly extroverted first officer. One might imagine that this could cause some disruption in the crew interaction and this, in turn, might lead to errors. Or perhaps that two extroverts in the cockpit could create a more competitive atmosphere, which might influence the cockpit gradient.

One might ask whether the expectation of a pilot being more of the extrovert type is a paradigm that does not represent the reality of pilot personality? Is it time also to appreciate the more introvert type in the job and in training? So, how can we use this knowledge in the cockpit?..." 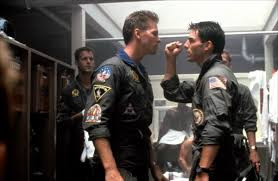 What if pilots appeared more extroverted because of a higher level of confidence? On the other hand, a pilot who is introverted could come across as less confident. Less confidence is often associated with the assumption of lower performance. However, could extroversion provide confidence to speak out when necessary, whereas the introverted pilot may remain silent when they shouldn't?

We need pilots to have the courage and personality to speak out when they need to, but being assertive does not mean being aggressive. Perhaps we need to teach better communication skills to all our pilots in order to bring out the best of any personality.

Do Personality Differences in the Cockpit
Impair Performance?