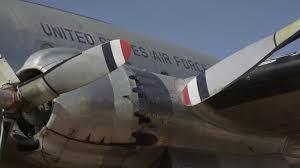 "The origin of the call sign Air Force One became newsworthy this past March when a restored Lockheed Constellation took flight for the first time in more than a decade. The aircraft’s given name is Columbine II, but it was also the first presidential aircraft to be called Air Force One."

Air Force 8619: "Washington Center this is Air Force 8610 (eight six one zero). We’re at 19,000 feet and descending to an assigned altitude of 15,000 feet. We’re about 15 miles from the Richmond VOR and landing at Andrews Air Force Base. We have the President of the United States on board."

ATC: "Roger Air Force 8610, let me know when you are level at One Five Thousand and crossing the Richmond VOR. Be aware that there is an Eastern Airlines Flight 8610 about to come up to my frequency."

Eastern 8610: "Hey, Washington Center. This is Eastern 8610 checking in with you at One Niner Thousand about 25 miles from the Richmond VOR. Were you trying to call us? We heard our flight number as we were checking in. Hope we didn’t miss anything."

Eastern 8610: "OK, we copy that and we’re at nineteen thousand and looking for a lower altitude. We’re landing at Washington National. We’ll stay out of his way."

"A Secret Service agent on the plane noted the confusion and thought the president’s plane should have a unique call sign. The agent later arranged a meeting at then-Washington National Airport that included William Draper, Aircraft Commander of Air Force 8610, and officials from the Civil Aviation Authority (the FAA’s precursor), Air Force, Secret Service and the White House."

The History of Columbine II 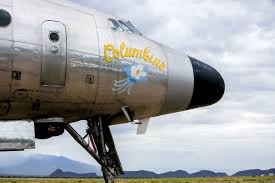 If you want to learn more
Join your Eastern Airlines Crew
on the EAL Radio Show
Tonight!