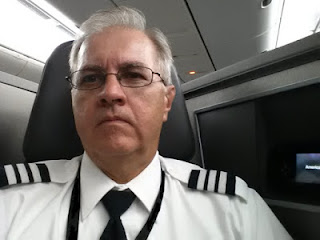 Emilio Corsetti is a pilot and non-fiction author who is writing the truth in aviation, and the injustice against aviators. His book Scape Goat was an excellent account of what really happened to Hoot Gibson, and one of the best I have read. After reading this book it made me think of the aviators in who have died in an airline crash and were blamed because they were not alive to defend themselves. It's always easy to blame the pilot when they aren't around. Hoot and Captain Sully survived to fight their battles and the truth, but the blame game continues. In Hoot's case, he gave his life to fighting for the truth. Without the truth, how will anything be changed? 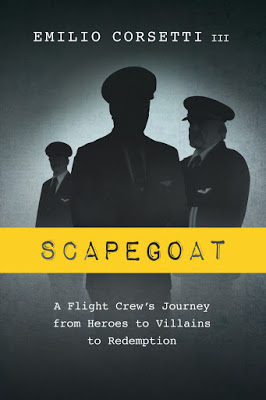 Emilio has published another book and I asked him to send me an update on what he's doing so I could make him a Friday Flyer again. But he wanted to honor the pilots in the Hoot Gibson story: Scott Kennedy, Jim McIntyre, and Hoot Gibson. 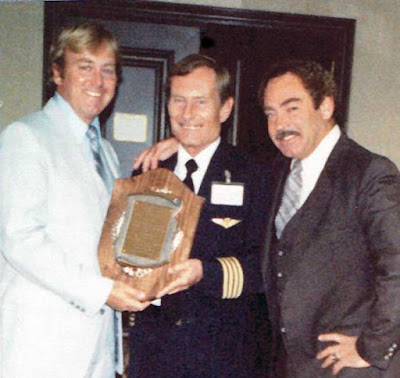 This 1981 picture is notable because Scott and Hoot are receiving a meritorious service award from ALPA for their actions in saving a Boeing 727 from nearly crashing and killing everyone on board. Jim McIntyre was the head of the TWA accident investigation committee that helped investigate the incident. Missing from the picture is the third crew member flight engineer Garry Banks.

Most pilots above the age of fifty-five or so will remember the circumstance surrounding TWA flight 841. That's because after a two-year investigation the NTSB blamed the crew for causing the near-fatal crash. The NTSB theory of the near-crash is that the two pilots, Hoot and Scott, performed an unauthorized procedure involving the flaps and slats while in cruise that went very wrong when the FE returned and pushed in a pulled circuit breaker. 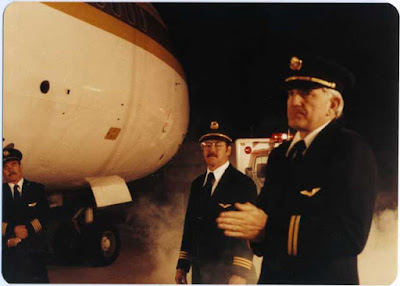 So how can a professional flight crew be blamed for such a reckless action yet receive an award for the same incident? I take a detailed look at that question in my book Scapegoat: A Flight Crew's Journey from Heroes to Villains to Redemption. What I learned was that the TWA 841 investigation was severely flawed. And like a wrongful conviction in a criminal case, the consequences of that mistake may have led to other incidents.

While TWA stood behind the three pilots despite the NTSB findings, all three would suffer from the false accusations for the remainder of their careers.

Check out a great interview
with Emilio Here

His next book 35 Miles from Shore
is on it's way to my home!
More to come on that...
But with such exceptional writing I cannot wait! 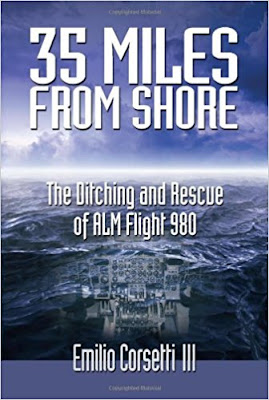 For more information
go to:
emiliocorsetti.com