A Love of Aviation 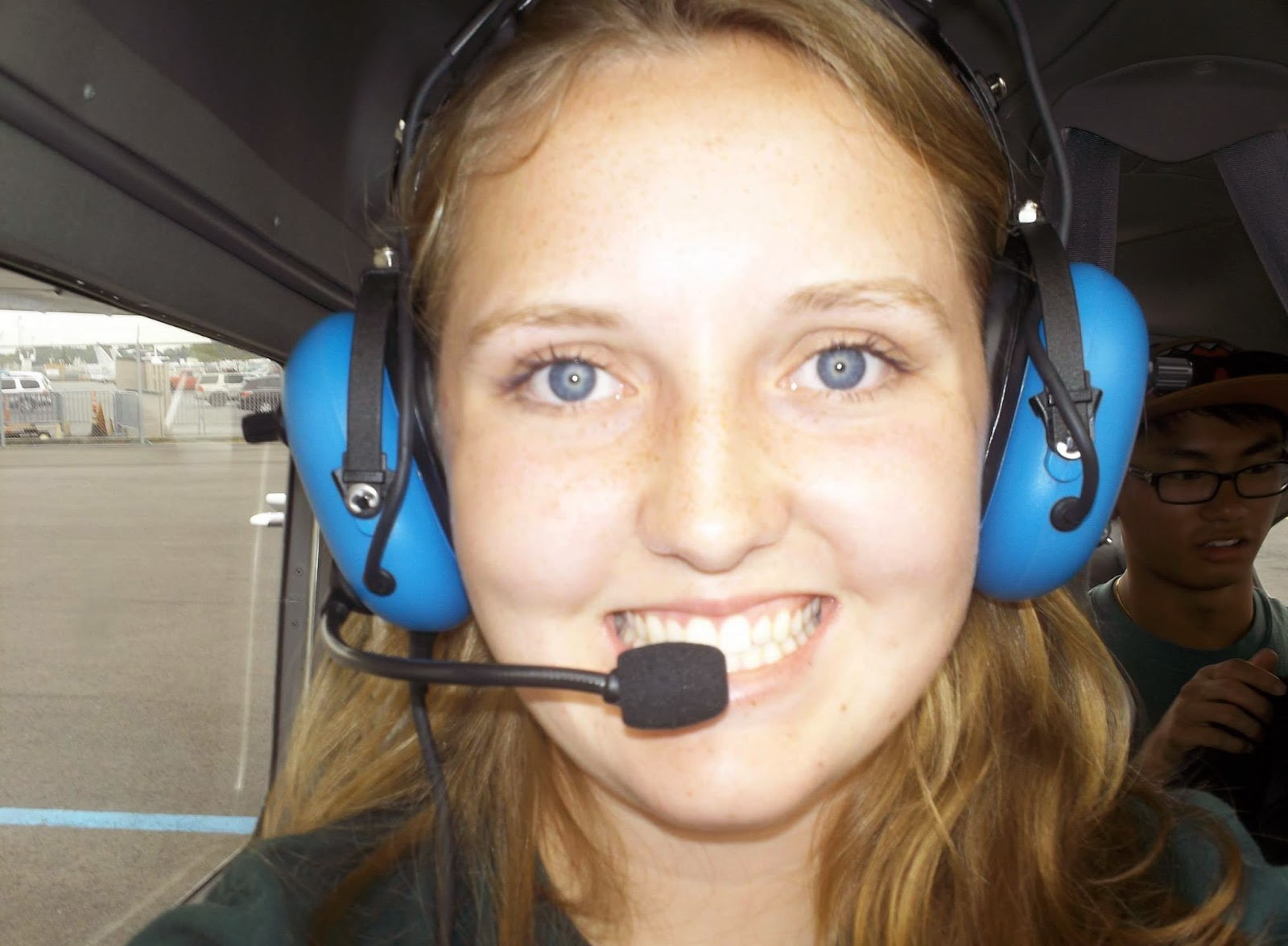 Three years ago we hosted the first Fly It Forward Event at Renton Airport and held an essay contest. Do you want to know why we do this? Because that first flight can change a life. Abby Jarve is one such a life. She joined our excitement, entered and essay contest... (You can read her first essay HERE). She won, took a flight lesson and the rest is history. While finances are tough, she still needed money for college. And she won yet another essay contest. This time for $3500! 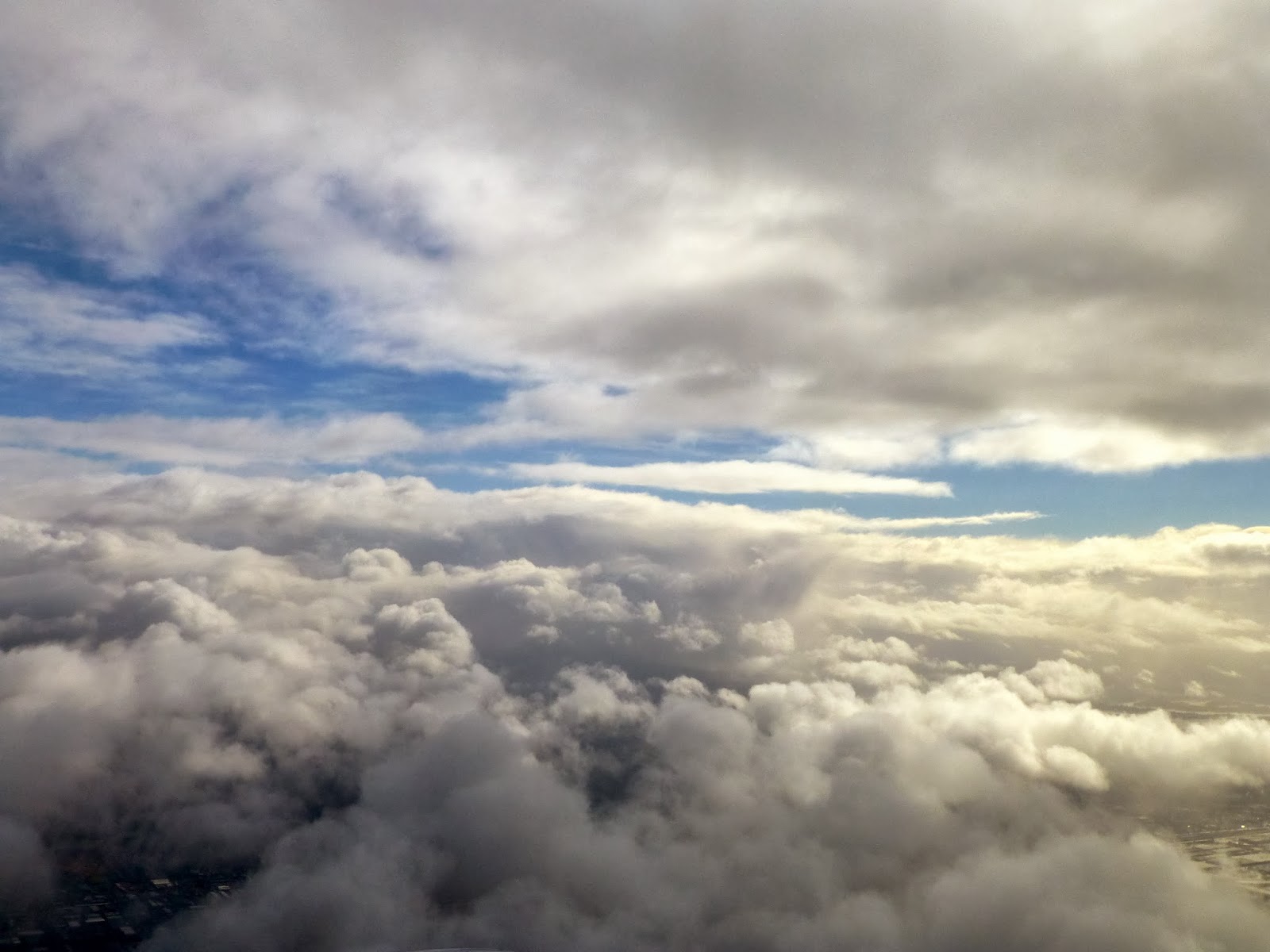 When you read her amazing essay, you will know what Women Of Aviation is all about. It's about inspiring and igniting a passion. Then the work is up to the individual.

I remember the exact moment I fell in love with aviation. It was the summer before my freshmen year of high school, and I was driving home. All my life I had been surround by SeaTac Airport and Boeing Field, and the only thing about aviation I heard was complaints about the noise and the third runway taking way people’s homes.

The community outlook was never very positive, but on that one sunny day I finally looked at the sky. Right at that moment, a plane took off the runway on the bridge above the road. Never before had I realized how amazing aviation was. It was a 737 from Alaska Airlines. The white color of the fuselage was bright and had a stark contrast against the blue sky, and the roar of the engines could be clearly heard inside of the car. This huge chunk of metal was leaving the ground, somehow overcoming gravity. It was beautiful. This moment changed my life.

I quickly changed my life to revolve around aviation. I enrolled in Raisbeck Aviation High School to not only take classes about flying planes, but learn how to design and engineer them. Somehow planes are able to fly by manipulating gravity and lift, and I needed to know everything about it. I took Aerospace Engineering, History of Aircraft Design, Aviation Law, Ground School, and quickly fell more involved in the aviation field. I built wing beams, heat shields, and I learned aviation’s impact on the environment. I designed more ecofriendly ways for airports to reduce the use of deicing fluid, and I conducted interviews with engineering firms in Canada and The Port of Seattle. 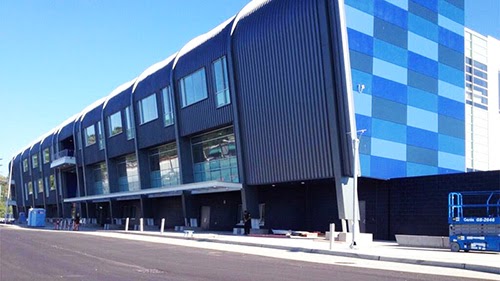 I joined my schools Airline Career Experience Club. I volunteered at The Museum of Flight, trying to share my passion with others. In the summer I was there every single week day, and I spent every Thursday night at the museum during the school year. There I was not only exposed to fixed-wing aviation, but also to helicopters and to space travel.

I used Microsoft Flight Simulator constantly, imagining the first time I would actually fly a plane. It was amazing to think that just over a hundred years ago there were no airplanes. Not too far into my freshmen year I had the opportunity to fly for the first time. To get more girls involved in aviation, Karlene Petitt, a pilot for Delta Airlines, and a Boeing Flight Club made an event to give free flights for those who signed up. I submitted my name in a heartbeat. 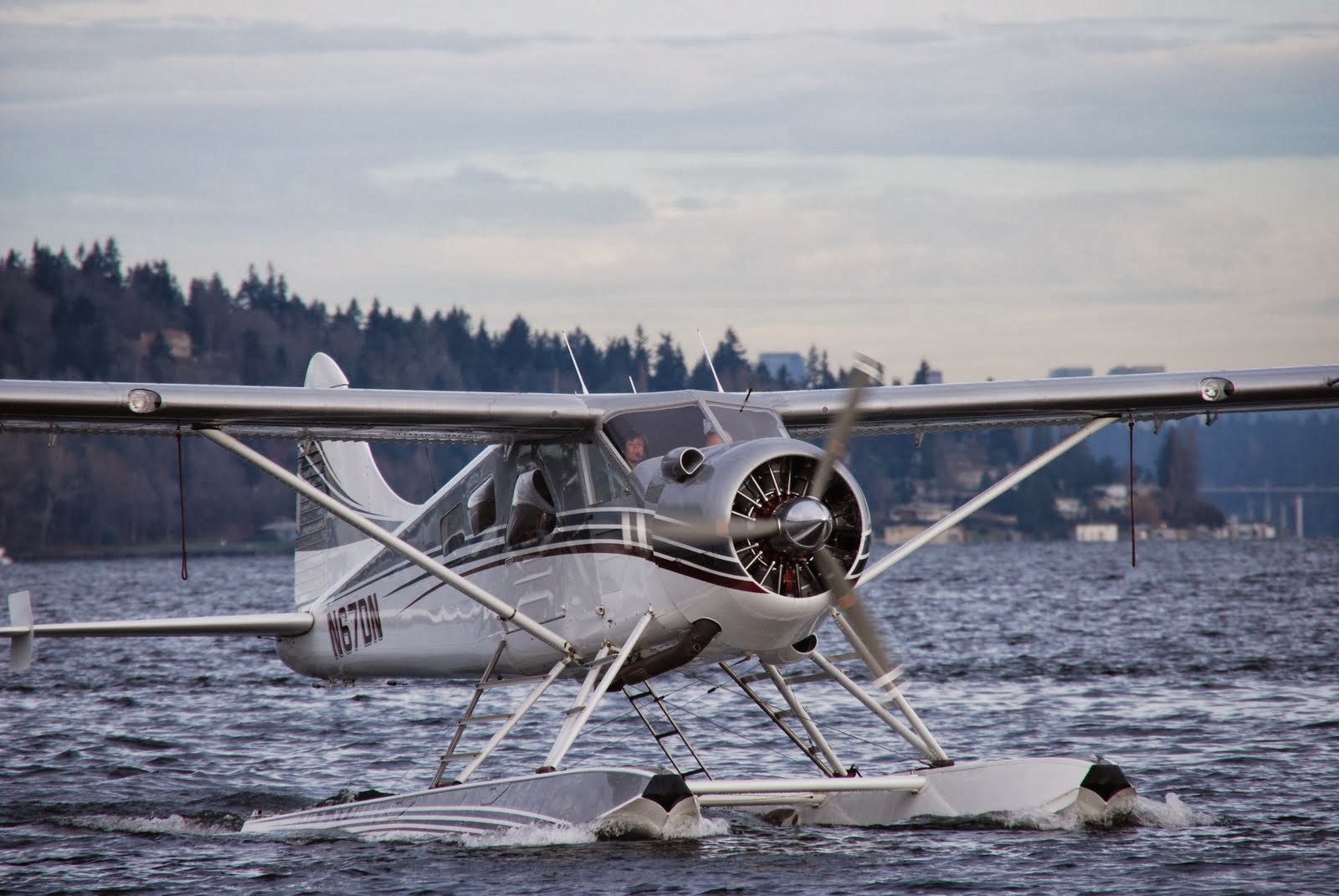 The plane I flew in was a Beaver, and I was a little scared walking up to the plane. I was not expecting to fly in a seaplane and watching the plane tilt and move with the waves worried me. And most of all, I was worried that my idea of aviation would be diminished, that it was not as amazing as I thought it was. But as soon as I got in that plane, my whole perspective changed.

The pilot spoke on the radio in fast words that I did not understand, he played around with the instruments, and before I knew it we were leaving the water. The world is different from the sky, everything moves slower and looks much more beautiful. After that day, there was no turning back. 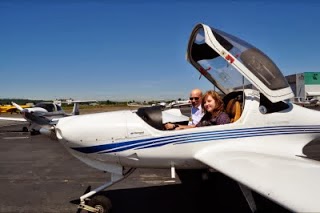 I entered an essay contest Karlene Petitt sponsored, and was lucky enough to win a flight lesson. I flew in a Diamond Da-20, and it was the first time I flew a plane. Seeing how much control I had over it and feeling the strength of the engines, I felt powerful. I had so much responsibility over this expensive plane, and knew that when I was a commercial pilot there would be hundreds of passengers relying on me to know what I was doing in the cockpit. It was a lot of pressure, but a challenge I was more than willing to take. 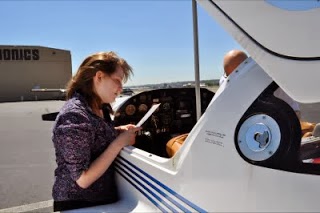 After the instructor landed the plane, I applied for a part time job that I have had for three years now. I started a firewood business, cutting down trees and selling firewood out of my truck. I got a full time job in the summer at The Museum of Flight as a camp counselor.

Between work, extra-curriculars, and school I barely had time to sleep. The stress was overwhelming, but I was desperate to save every single penny I earned towards learning to fly and tuition for college. Now that I am a senior, I still do not have enough. Minimum wage only goes so far. But I am doing everything possible to make my dream become a reality. And to think that this all started by a well-timed glance at the sky that I will forever be grateful for."
Abby. 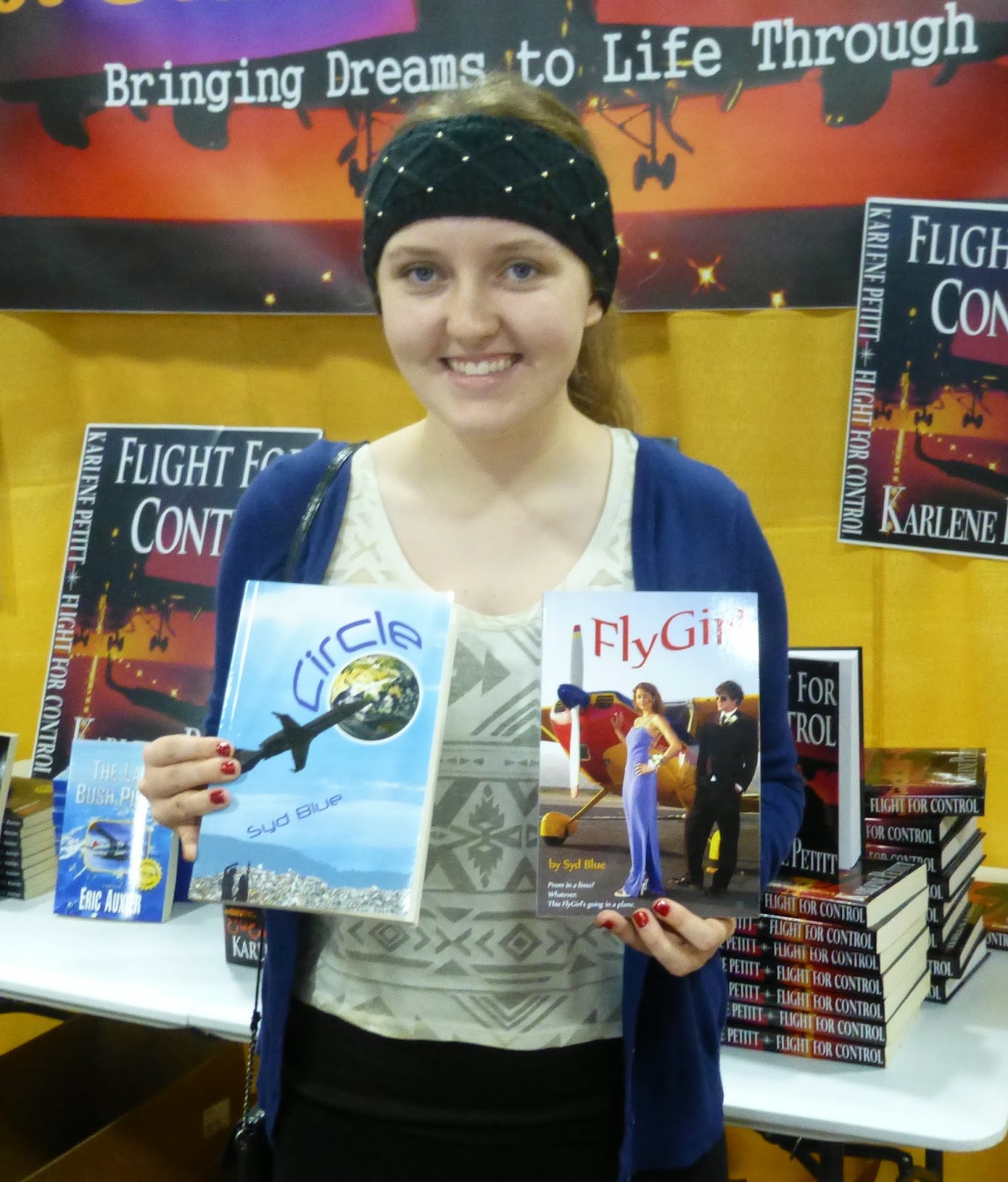 Abby dropped by the Aviation Trade show and I gifted her with a few books (Compliments of Syd Blue) that she can read before she starts school. Yes... Abby is going to college next fall. She was accepted into two fine aviation universities and selected UND.

To think this all started with a look to the sky. A dream. And somebody willing to give her a free flight. But then it was all Abby. Through her diligence and hard work, she is where she's at today. She deserves all the credit for her success. 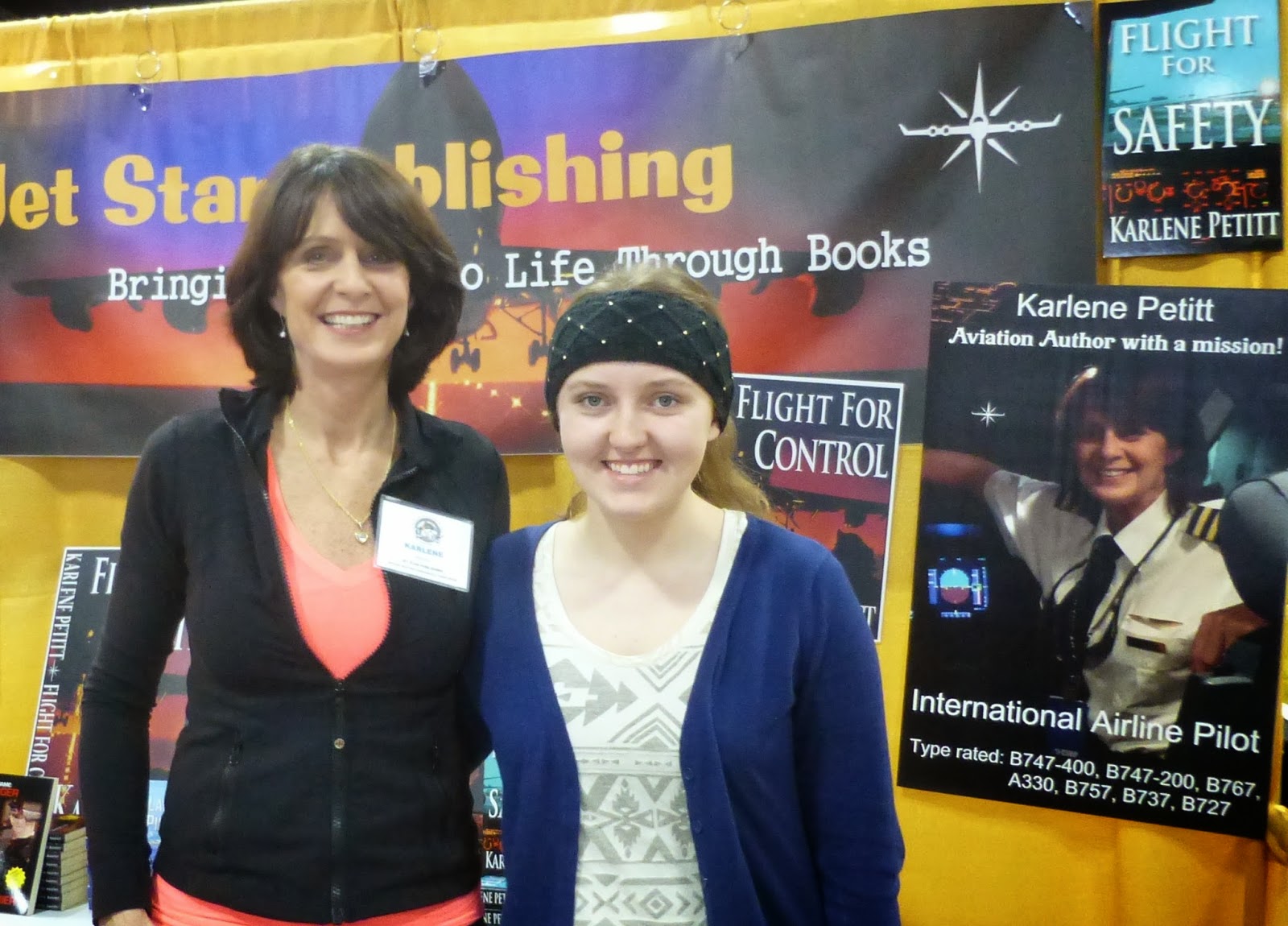 To all our pilots who donate their time... this is what happens. This is why you do it. And a special thanks to Galvin Flying Service as they donated that first lesson Abby took.

Please join me in congratulating Abby
on her continued success!
Enjoy the Journey!
XOX Karlene
Posted by Karlene Petitt at 12:00 AM