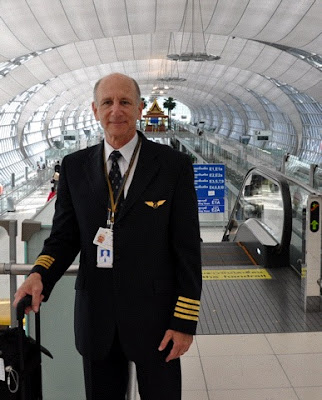 
Where does an aviation career begin?


"When I was 2 years old, my father had a J-3, and took me up numerous times. I really enjoyed flying when I was a young kid, and when I was 8 or 9 I saw Bridges At Toko-Ri and The High and the Mighty. From that time on, I wanted to be a fighter pilot and an airline pilot. And I fulfilled my dream! Dad sold the plane when I was about 4, and didn’t fly very much after I was about 10. It was lack of money."
George Nolly

But lack of money did not keep George from his dream. He followed in his father's footsteps and connected his life to aviation. He was an Air Force pilot for 11 years until 1978 when he left to fly for United Airlines. But after a short two years of living the airline dream he was furloughed. At that time George returned to the Air Force and stayed another five years, contributing 16 years active duty to our country. 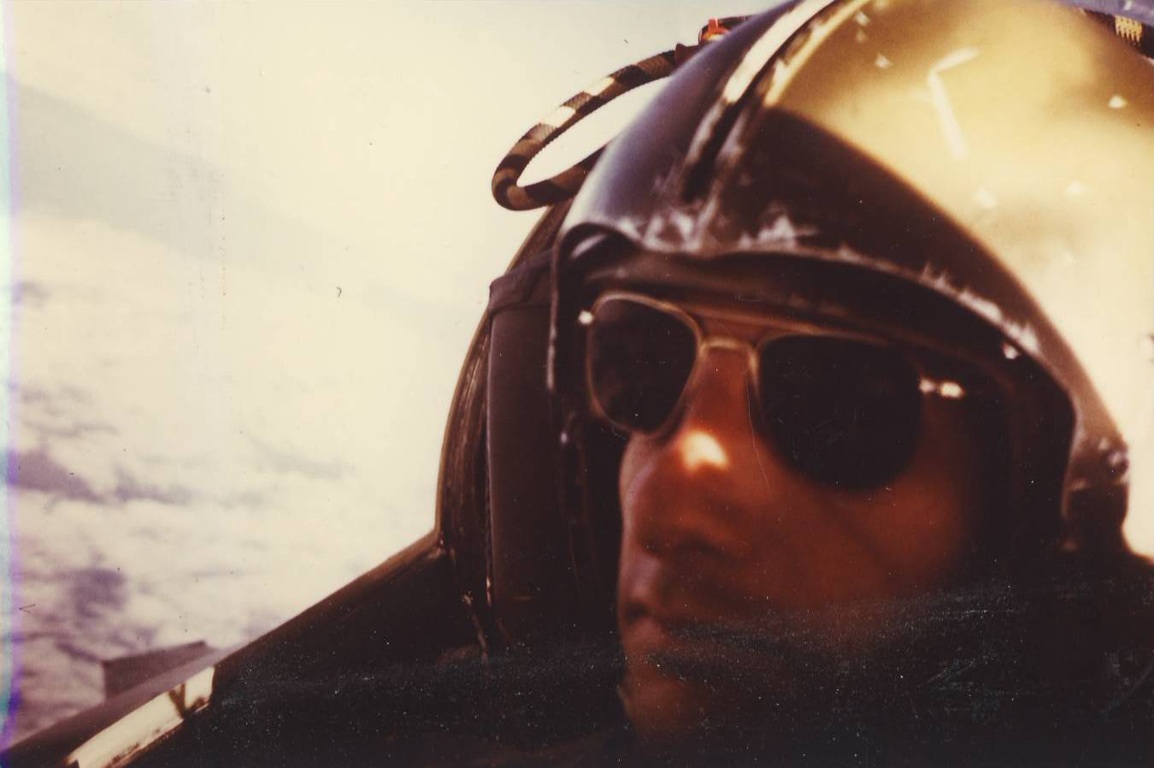 George Nolly flew 315 combat missions on two successive tours of duty in Vietnam, flying O-2A and F-4 aircraft. He flew as a FAC out of DaNang in the first tour and fighters out of Thailand his second tour.

He returned to United Airlines and retired from his position as a B-777 Captain in 2005 due to mandatory age-60 retirement. George has Master of Science Degrees in Systems Management and Education, and a Doctor of Business Administration Degree in Homeland Security. He now flight instructs in the B777 and B787. And more than that... 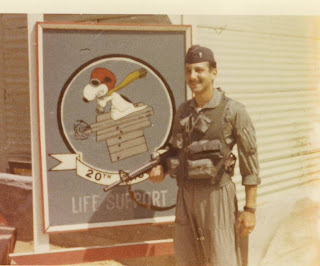 
"I have been involved in aviation for over 50 years, and it has shaped my perceptions and my attitudes about pretty much everything. And my experiences in Vietnam were the most intense of my aviation life. Everyone’s Vietnam experience is different, and in a way it’s also the same. I stay in contact with a lot of other vets, and it’s the same for everyone: Vietnam is always with you. "

George Nolly is not only instructing, but he is writing too. He sent me three of his novels. In a brief summation on my opinion...

His first novel, Hamfist Over The Trail, was outstanding and Hamfist Down was even better. I am now half way through Hamfist over Hanoi and he has kept the pace. Talk about an adventure, living in another world, and learning really cool things about airplanes I've never flown. My kind of read. 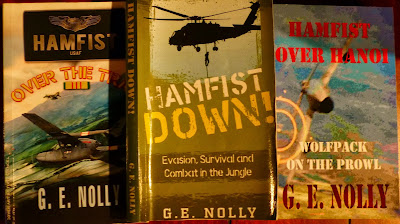 Thank you for my books George!


Karlene:  George, your books are so much fun to read. I'm sure everyone wonders how a story that carries you through a war can be fun... but your art of story telling is amazing. And it almost reads like a memoir. Tell me what brought you to writing the Hamfist series?

George:  This book has been running around in my head for over 40 years. I’ve been writing non-fiction for over 30 years, but never tried fiction, because I was terrified of dialog. But then a friend, Bill Myers, wrote a novel Mango Bob. It was a fun read, and I decided I could write a novel, too. It was the kick in the ass I needed. 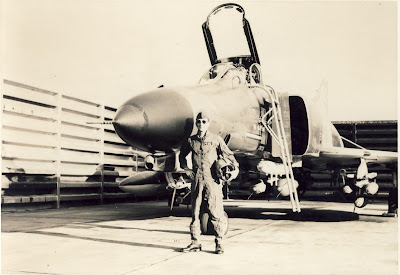 Karlene: Mango Bob is on my list, but back to yours. Your dialogue is great. The story is wonderful. And while I was too young for the Vietnam era, my husband was running around the ground while you were flying overhead. I found everything in your story fascinating, but then I am a pilot. Can you imagine book clubs members reading your books too?

George: I think readers, especially voracious readers like book club members, will appreciate getting a peek into what life was like for pilots in Vietnam. Although there have been a lot of books about the role of fighter pilots, very few have given Forward Air Controllers – FACs – their due. I’ve heard from a lot of Vietnam vets that have really appreciated my shining a spotlight on their experiences.

Karlene: I agree. Especially the real life touch with emotion, love, loss of life, and hope. Your writing style takes us into the life of Hamfist. I felt like I was in the jungle with you. So... I have to ask how much of your stories are true?

George: Pretty much everything in the novel is based on actual events, most of them my own experiences, but I threw in a few from my squadron-mates. All my buddies who got killed are on the plaque at the USAFA Southeast Asia Pavillion.

My father was killed when I was 15 – the story in Hamfist Down is exactly how it transpired, except it was my uncle who broke the news to my brother and me. After he died, I gravitated toward flying because it was a link to him. I read every aviation book I could from that time on, and started taking flying lessons at age 17. The story about my cousin is true, too. 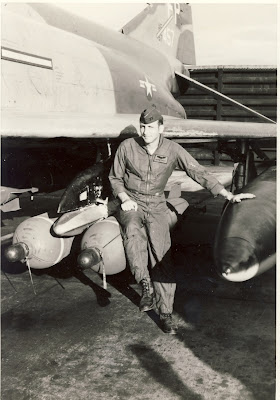 Karlene: George, the death of your father brought tears to my eyes. I think that the reality of your story is what helps bring out the passion in your writing. Whatever it is, I am really enjoying your stories. What authors have inspired you?

George: My favorite authors are Ernest K. Gann and James Michener. Gann, a pilot himself, wrote a lot about aviation. Michener’s The Bridges of Toko-Ri was, for me, a great book. It really captured the essence of fighting a war in a faraway place while the entire population was totally oblivious to the sacrifices of the troops. To be honest, I went through a long fiction-reading dry spell right after I retired from United, because I was reading non-fiction all the time as I spent the next six years getting my doctorate. I’m back reading fiction again, and right now I’m partial to Mark Berent and Stephen Coonts. 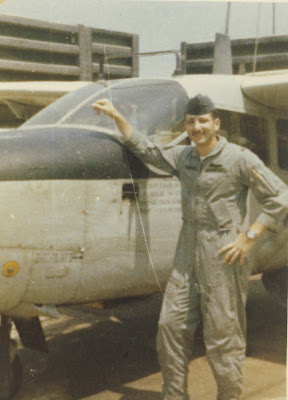 Karlene:  There is nothing like great fiction and I am sure enjoying yours. Also, I think I coined a new genre... True Fiction. I think your books are right up there.

For anyone who wants a great read for the winter... check out George's Hamfist series. Not only will you have a great read, but you will have fun sneaking inside another world, learning a lot of interesting secret handshakes, and for those who were there, you will have a chance to relive a huge part of your life.

Follow George on Twitter @Gnolly And please leave him a comment. And most definitely check out his books. Very fun and all are a very fast read! Oh...and my husband read the first last night and is on the second tonight. I better hurry and finish the third before he steals it! Yes... he's enjoying them too.