Last week Keith Mendoza sent me a question about automation and the ability of an application to take over the plane. 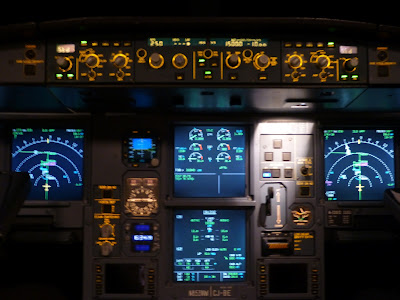 "I'm actually writing a blog regarding the news that came out recently where a information security researcher claims that he's developed an android app to hack an airplane.
He basically claims that by sending a message through ACARS that he can send a modified flight plan directly to the FMS and take the plane wherever he is. As a private pilot and someone who used to work as a software engineer in the IFE industry I don't buy it one bit.

My assumption is that dispatch is able to send modified flight plans via ACARS, and it's possible for that information to be sent directly to the FMS without the pilot having to re-enter the information from the ACARS screen to the FMS; however, that is reviewed and approved before it goes to the FMS. Is this assumption correct?"
To Read the full article click HERE.
MY ANSWER: I agree with you. I don't buy it. 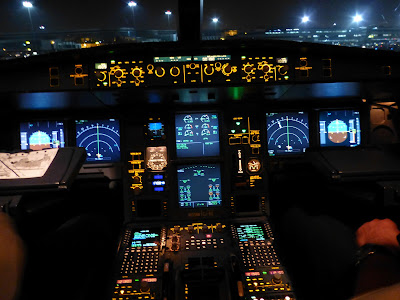 But as you know, I believe in the "Never say Never" concept. The concept of someone hacking a plane as we transition into the NEXT GEN is a plot of another aviation thriller. More likely someone would break into a ground facility, and attempt to take control that way. But as long as pilots remember how to fly their planes, whatever data is sent to them can be denied, or disconnected.
We are safe. Pilots have complete control of the navigation in our planes. The only way for data to go into the Flight Control Unit on my plane is for the pilot to set it. On newer aircraft, such as the 787, data can be sent directly to the Mode Control Panel, but the pilots have the ability to accept or reject it.
Does someone have the ability to send data to a plane? I hope Boeing and Airbus have built protections to prevent just that, and I will assume they did. But brilliant (and corrupt) minds are everywhere. So the question is... if someone has the ability to send data to our aircraft, can they take control?

We the pilots can kick off the automation and fly the planes without it. We are kind of like superman that way. Seriously, the most automated plane today can be hand flown without the autopilot.

What do you think? Is this going to be a problem in the future?

For all you who would like to read more, check out Keith's Blog, Home+Power.
Posted by Karlene Petitt at 12:00 AM