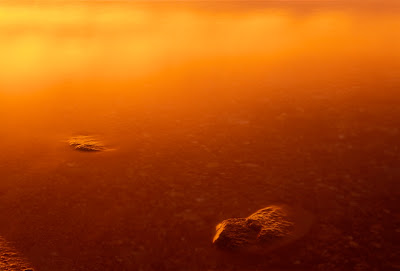 Tragedy is a part of life whether we believe it or not.  On the path of living we will lose friends and family.  It's part of being human, it's a part of life.  Some might say, how we act in the midst of tragedy is what truly defines us.  How we bounce back can show inner strength.  Unfortunately, it's a subject we rarely talk about which can make dealing with tragedy a difficult internal and individual struggle in so many ways.

As part of the military flight test community I've had my share of encounters with tragedies.  Most of them are unexpected.  Some of them were culminations of long struggles with illness.  Sometimes you look for answers to basic questions in such situations.  Other times, there are no questions, just the sadness of losing someone important to you.  Every occasion is different and the same simultaneously.  There's no predicting how the struggle with tragedy will end.

Last year I lost a great friend well before his time after he lost his battle with leukemia.  When all our old friends gathered at his memorial service, I felt a warm wave of deep connection with him and the others as we sang a favorite fighter-pilot song.  I hadn’t felt that in years.  It was very comforting as we were saying “good-bye.”  Another time my colleagues gathered to send off another friend in the privacy of his squadron's bar.  We toasted his accomplishments.  We acknowledged what he meant to us.  We relived him in our way.

Such losses have to be expected even though they're terrible to acknowledge.  Having a "process" to work through the loss is imminently useful if for no other reason than to move on to what's next.  I'm lucky because the traditions of my military aviation community kick-in in such situations.  The details of memorializing your lost friend are already established from traditions passed through the years.  We only have to execute the process.  Then, we bring ourselves “in” to remember and acknowledge our lost comrade.  It's simple and difficult at the same time.

When you're in the middle of such tragedy, it's so easy to be sucked into the loss with no apparent way out.  The path ahead isn't so clear in such situations.  What helps is having another focus, something else to concentrate on instead of the loss.  For me, I had flying to move my mind forward.

Many years ago, my squadron lost a couple of dear friends due to a mid-air collision.  They were doing their mission when another aircraft collided with theirs taking them away in an instant.  That evening our squadron assembled in our bar as was our tradition.  We stood in a circle and one by one we each told a story of knowing our friends.  We told our story, raised a glass full of scotch, then gave a toast.   Happy and sad, the stories came until we were done, the bottle was empty.  A couple days later at the base memorial service, hundreds gathered.  The service ended with four fighters executing a perfect missing man formation, the sound of the jet engines fading into the distance.  The memorial was done yet we were still left with this void were our friends used to be.  The path ahead wasn't so clear.

Back at the squadron, after the memorial service, we met with family one more time.  There was still one more thing to do, one more task to complete.  Even though we weren't sure it was time, we had to do it.  We had to get back to our mission, back to flying.  We flew a simple test mission the next day.  The business of the mission occupied our brains and away from the loss.  Life continued on.

Even today, many years later, I recall that time after losing our friends.  I remember them, their mishap, what happened in the squadron afterward.  Sometimes I’m reminded for no reason.  Other times, who knows.  Always, I remember our group gathering, speaking of them, and raising a glass.  Then, in the midst of those thoughts I feel a connection to those we lost then to the others that remained.  With that, the thoughts pass by without trouble then life continues on.

Click on "Tom" and you'll be transported to a world of Tom's photography ....
Posted by Karlene Petitt at 12:00 AM