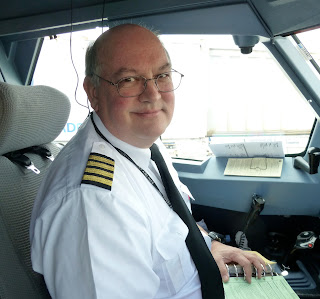 February 23 and 24 I was at the Western Washington Fair in Puyallup WA. Who should drop by my table? Erik Mathieson. It had been many years since I had seen Erik. Shortly after he left, a young man approached and told me he wanted to be an Air Traffic Controller. Not just any tower, but in Guam. I said, "I love Guam!" He said, "You've been there?" I said, "Yes, but it's been many years. Maybe... nine or ten."

February 25th, I received a call from scheduling and they said, "You've been assigned a trip!" Tuesday Morning I departed SeaTac with Captain Erik Mathieson enroute to Guam, via Narita. The world works in mysterious ways... and there is always a reason for everything.

Erik is one  of those Captains that I strive to emulate. He knows his plane. He is patient. He has a way of teaching without telling. He encourages participation, values feedback and wants to make sure that all pilots are comfortable with the ultimate decision. When you fly with Captain Mathieson, you are part of the team. Not to mention he is one hell of a pilot! 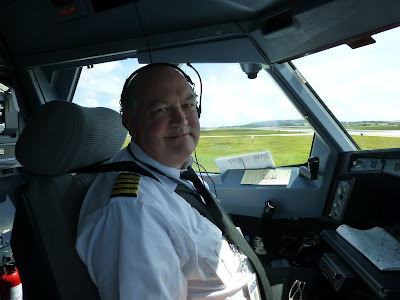 Erik's passion for flying had become evident when he told me how it all started. In his case it started on the day he was born... September 24th. Literally this was his day.


His 11th birthday his parents paid $3 for his first airplane ride. It lasted about 20 minutes, but impacted the remainder of his life. He tells me his lived on a diet of Sky King as a kid. Below is an episode to flashback for all you Sky King watchers. But it's 25 minutes long... so come back to watch after you leave a comment.


Erik was one of those kids who spent his days hanging out at the airport, and at 15-years-old he started flying lessons. An aviation truth that holds true throughout time is that those who hang out at the airport will always find someone to give them a ride... and friends with planes are golden. A friend of Erik's had a 172 and a Bonanza. 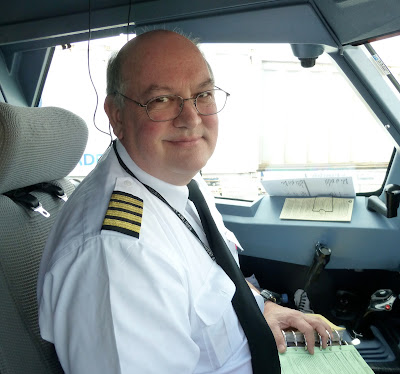 Erik knows how to celebrate his birthdays!

He didn't get his drivers license until he was 17 because he didn't want to waste his money or time on a car. 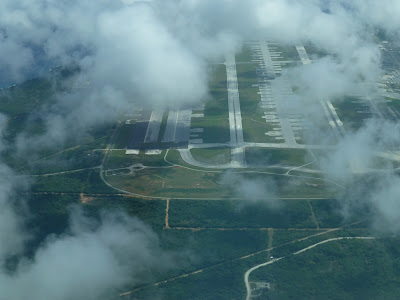 Erik's career started during the Vietnam era and he said he wanted to fly to avoid the draft. Something tells me... he just wanted to fly. He joined the Air Force and flew a C141, and flew between Guam, Norton, Travis, and Yakota in 1977.

But his world turned when he was hired by Northwest Orient in 1984.

From a 727 Engineer, to a 727 First Officer, to a 757 first officer, based in Seattle, Detroit, Seattle. For all of you who were part of those days... bases closed and shifts happened often. It took him a year and a half to get to the 747 as a second officer... but held a training entitlement to the first officer position. What that meant is every month he flew as a first officer. 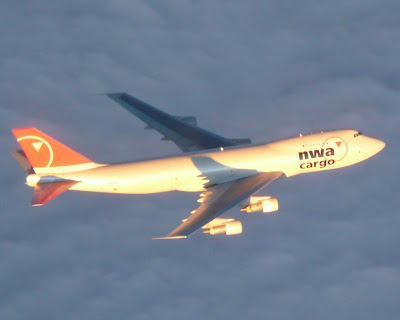 Did I mention he lives on an airport and flies on his days off?

All I can say is that it was a pleasure to fly with someone like Erik. I hope that everyone in their career will have the chance to fly with an aviation enthusiast, who has committed his life to excellence, and knows how to share the dream, his experience and talent with all that he flies with. 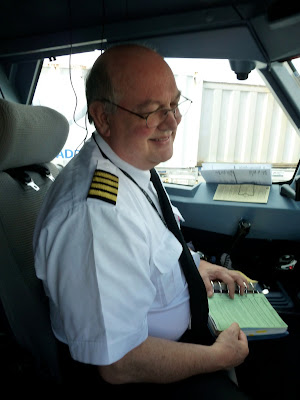 Thank you for a great trip Erik! I hope to fly with you again.

Enjoy the journey!
XOX Karlene
Posted by Karlene Petitt at 12:00 AM