A330 and Honest Fiction

Long-term memories are made when emotion is involved. When we see the action verses hearing or seeing the words, we remember. I am willing to bet that all of you can remember a highly emotional situation, no matter what it was, that you were involved in.  Imagine if you could read a a fun story and learn something that will stay with you forever. Perhaps save your life, and those of your passengers. My goal is to take you into the story so you feel the emotion.

For those of you who know me, I have spent 22 years instructing on many different Boeing aircraft. Now I am on the Airbus A330, and I'm writing fiction. What do you think is going to happen in Flight For Safey? You just can't take the teacher out of the pilot once it has been ingrained.

I am taking you into the flight deck of another world and you will learn many things the easy and fun way. After much research and a huge thanks to the assistance of my technical editor, Bill Palmer (the pilot who wrote the systems manuals and help to put the A330 into service at Northwest Airlines),  every detail will be accurate. The story will take you to the next level of understanding, and a greater level of fear.

Not a pilot? Who cares. Flight For Control pulled everyone into the story for one heck of a ride. With powerful characters, strong women, an important message, and a little sex... what's not to love? 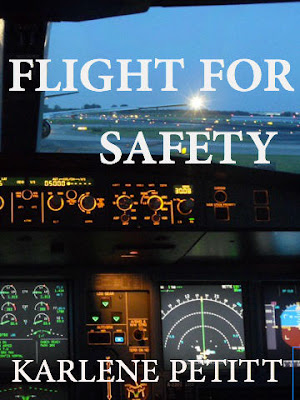