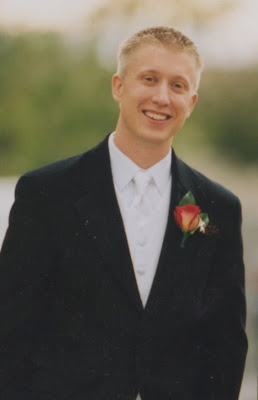 Last week we met a Planespotter, today we will meet another kind of aviation enthusiast that started out as a hobby, and morphed into a business—ParkerJets.

But first the man behind the mission…

CJ:   I suppose my interest in flight, which has translated into small scale radio controlled hobby, was no doubt planted by my father.  He was in the U.S. Air Force for something like 28 years as an instructor pilot and continues to train pilots as a simulator instructor on an Air Force base.  So growing up, we lived around military jets, sonic booms and flight suits.  As a kid, you certainly take that lifestyle for granted.  Like any child, you just think your father's job is just normal but of course my father's a job let him fly jets around, all over the country at the speed of sound.

Now as an adult, I have a great appreciation for what he accomplished in his career.  He served in Vietnam, flew over 100 combat missions, and trained countless pilots and loved every minute of it.  That doesn't even take into account the pride I have in his service.  So I grew up in that Air Force culture, squadron parties, and flight patches.  For a long time I couldn't tell the difference between a Buick and Toyota, but I could name every plane in the sky as it zoomed overhead.

That's where an appreciation and interest in flight started. 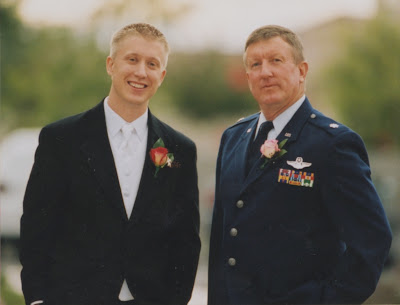 As a kid, we had the opportunity to fly with my dad when he could get a plane rented or got some flight time in a small commuter type airplane like a Cessna. I can remember climbing in this small airplane, a little nervous of course, but my father is the pilot so you have to trust he knows what he is doing.  After all, he flies jets for a living.  Well, I will never forget getting in that co-pilot seat and as we are rolling on the tarmac, he is reading the flight checklist, knee on the stick, looking up and down, and making sure he is pushing and pulling all the right levers and buttons.  He was so casual about the whole thing, but my anxiety level was climbing faster than we were.  Of course looking back on that experience, I never appreciated a couple of things; his level of experience and the simple principles of flight.

So to fast forward a bit, a few years ago, I started working on my website, ParkerJets and started going to a few radio controlled (RC) flight events around the Southwest and really started to get inspired to be a hub for the RC flight community. 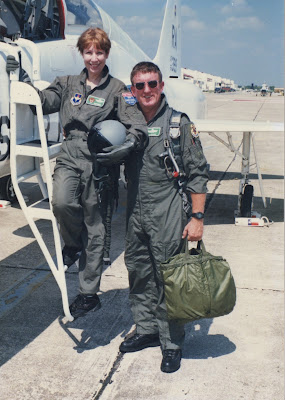 One thing really stands out if you get around a bunch of people and their RC planes; they love flying. Now many of them are pilots in the real sense of the word, but many are not, but they experience some level of freedom and wonder that pilots of real airplanes experience, all while having their feet on the ground.  I think that's one of the foundations of the hobby, having a wonder for flight.  Now if you are not familiar with RC airplanes, you might be thinking, "those are just toys" and in some ways you are right, but in others ways, you might be amazed at the direction the hobby has moved in the last few years and the similarities the hobby has with real aviation.

While ParkerJets focuses on small scale and pretty inexpensive end of the RC hobby, one segment of the hobby deals exclusively with actual turbine engines.  These RC airplanes are huge, complete with retractable gear, jet fuel, and trailers for transport.  Listening to them fly around the field, you would swear you are at a real air show.  More traditional RC airplanes rely on propellers and are stapled firmly in the exact same principles of real flight.  Thrust to weight ratios, wing loading, lift, stall speed, flaps, and just about everything else you can think about how a real plane flies applies to their smaller counterparts.  Hobbyists set up their control surfaces the exact same way and perform the same stunts and maneuvers as pilots do everyday.  The one main difference is that when something goes wrong you don't have to bail out.  You just have to watch as your plane noses into the ground.

For your readers, they might be surprised to know that just like aspiring pilots, new RC pilots often start out on simulators, specifically designed for radio controlled flight.  You can even change the type of plane in the simulator to give you different experience and change the weather, just like a real simulator the military uses.  You might be wondering why you have to have a specific simulator just for RC, well, its simple really, when the plane is flying away from you, the controls are intuitive, but when that plane is coming at you, right is left and left is right and getting your brain to switch back and forth takes some training. 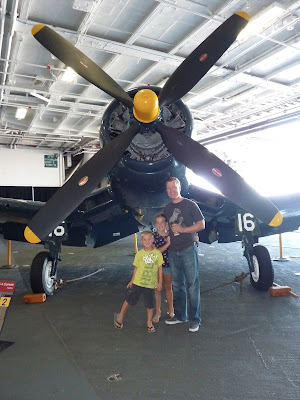 One really exciting development in the RC world is bringing a whole new excitement to RC flying. While many RC pilots get a lot of joy in watching their plane fly around a field, the view from the ground is nothing like a real pilot experiences. But now, with HD cameras becoming small, and virtual reality glasses coming into the mainstream, some RC pilots are hooking up an HD camera, controlled by a swivel servo, and then streaming the live video feed right back to a set of virtual reality glasses so the pilot on the ground feels like they are right on board.  Right now those set ups are expensive and bulky and don't always work as advertised, but give it a few years and those RC pilots, will experience the views and thrill of flying right on the ground!

Unlike a lot of real pilots, you get to be your own production line, mechanic, and pilot.  That's one thing that ParkerJets really lets people do, download and get plans to build your own airplane.  Not to sound like a broken record, but much of the building process is very similar to the real thing.  Bulkheads, firewalls, outer skins and paint.  It's all basically the same thing, just on a smaller scale and with different materials.” C.J.

C.J.’s passion flies off the page with his excitement, and I’m thinking for all you aviation enthusiasts… this might be the next best thing to flying inside a plane.

Thank you C.J. May your success continue to soar!

OX Karlene
Posted by Karlene Petitt at 12:00 AM