A330: Automation and Efficiency

One of the magical things about the automated airplanes is they tell you what's going on with their systems, that you might otherwise not know. This is another case where the airplane is smarter than the pilot. But is knowledge always a good thing? 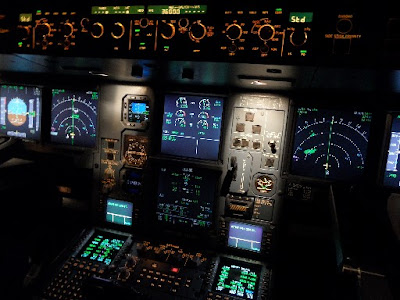 Think about a departure when your tire deflates during the climb.

Now that you know... what is the best course of action? Returning to the departure station, or continuing on to destination?

In the old, non-computer, planes, you wouldn’t have known about the leak until landing, then you would land with a flat tire at destination. More than likely without incident... other than a surprise tire change.

But what if that destination happens to be a remote location, say 11 hours flight time away, and there's only one plane flying in and out daily… what happens? You ground operations until you can fly another plane in with a couple new tires. A huge economic impact. A huge impact to customer service and people's lives.

Note 1: A "couple" tires? Yes, the tire next to the deflated tire needs to be replaced too. 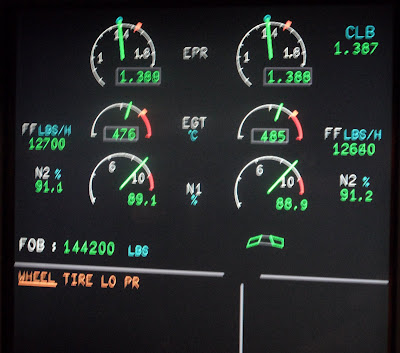 It makes economic and operational sense to return to landing at the departure station, get your tires changed and then press on. There are always pros and cons to every decision. Since you can’t dump fuel on the A330, you'll end up doing an overweight landing. Not a big deal.

Performance charts indicate using medium brakes (verses low or high) leave plenty of landing distance even without the tire and associated brakes. But you will have overheated brakes during an overweight landing. You will have to wait until the brakes cool—delaying your departure by a couple hours. 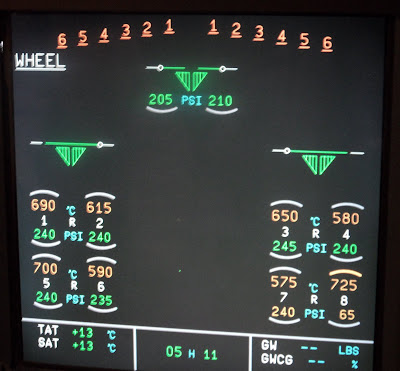 What's the problem with returning to the departure station besides a few overheated brakes?

A 17 hour duty day for the flight crews. With a return, this could push your next departure well into the next morning. Is it possible to be rested and your best for the second attempt at the journey? What if another more serious situation were to occur after an extended delay? Does the FAA's pending rest regulations take into account a departure, an emergency, a return, followed by a delay and a second departure? Is there a different level of fatigue with a departure and flying for 17 hours, than a departure, a return and continuation? The real question is how much rest did you have going into a night like this?

Being rested for your flight is essential. It's about being safe and responsible to yourself, your fellow crewmembers and your passengers. You never know when the unusual is about to happen, be prepared for it! Be rested!

Interesting fact: Did you know it’s possible to be awake for 24 hours without ever seeing the sun?

Life is an exhausting adventure when you're a pilot. What's the longest duty day you've ever flown? Mine was with Tower Air... 27 hours!

On a side note: What do you think I said to my Captain after we declared an emergency and returned for landing touching down at midnight?