A330 Terminology: It’s All Foreign 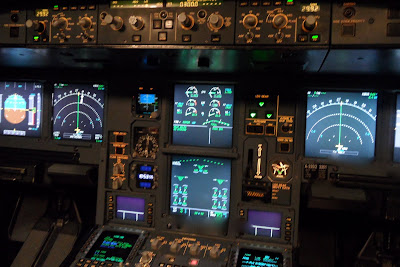 One of the more confusing things about understanding a glass airplane is learning the terms. But learning the fundamentals is the foundation to success.

These six identical display units, known as DUs are used to display ECAM, and EFIS information for both pilots.

EFIS: Electronic Flight Instrument System (not to be confused with EIS) displays the Primary Flight Information (PFD), and Navigation Data (ND) on the out two display units. (DUs)

ECAM control panel—used to manage data on both the E/WD and the SD.

This is just a taste of the flight deck. But once you know what terms mean, you'll be able to gain deeper understanding of the systems and how they work.