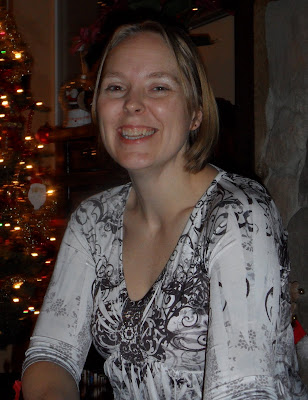 Today’s Friday Flyer may not be a pilot, but she has spread her wings and is flying strong. More than flying, she is soaring to new heights. We're having a little birthday party today, and Heather is our guest of honor.
Since I write the blog… I make the rules. And today it’s time to celebrate one of our earthbound angels. Besides... angles have wings! This angel gives to everyone she meets.


Heather is an author, works in a prison, commutes a great distance daily, cares for her horses and cats, writes two blogs: Critique Sisters Corner with Linda and I, and her personal Blog Heather McCorkle. She supports and encourages other writers... I think she said that she reads 150 blogs a week. And she's writing books! Amazing. Does she have time to party? Get the chocolate out! 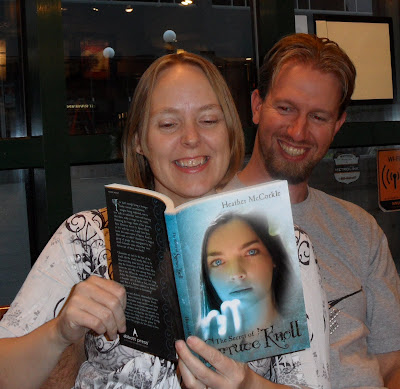 This Holiday Heather and her husband, Edd, joined us for a Seattle visit. Heather joined the WNBA, and flew in for our holiday meeting and a book signing. Her dedication and talent will carry her far. Oh yes...as will her wings.

Did I forget to mention that Heather recently started a business?

Where she designs covers and promotional materials for authors!

Heather’s YA novel, The Secret Of Spruce Knoll, has recently been released as a “special” edition from Compass Press. The special part of this release is that between now and 12-12-2012 a percentage of the proceeds from every special edition sold (any format) will go toward Heather’s favorite charity to protect endangered species. 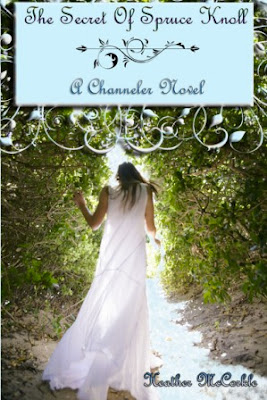 For those who have yet to read her novel, here is a taste of what you can expect.

About The Secret Of Spruce Knoll:

Following the tragic death of her parents, Eren Donovan moves to Spruce Knoll to live with her aunt. Little does Eren know the entire town of Spruce Knoll is filled with channelers—a magical group of people who immigrated to the small Colorado town when they were driven out of their own lands. Channelers are tied to the fate of the world. As the world slowly dies, so do they~and they alone have the power to stop the destruction of Earth. Now, Eren learns she not only lives among them, but she is one. When she meets local boy Aiden, who shows her being a channeler isn’t all bad. As Eren and Aiden’s relationship blooms, so does a mystery in Spruce Knoll. The town holds many secrets—and many enemies. It soon becomes apparent that the untimely death of Eren’s parents was no accident and that her life might be in danger, too. Only time will tell if Eren has the power to protect the people she has come to love.

And then there was book two: 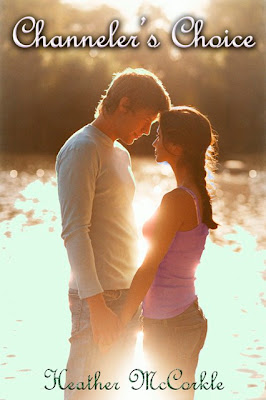 Heathers second novel, Channeler's Choice, will be released February 27, 2012… and the third in the series is just around the corner. But she has a surprise brewing.

It's a short channeler story, Born Of Fire, that gives you insight into Aiden's history and character that you won't find anywhere else. 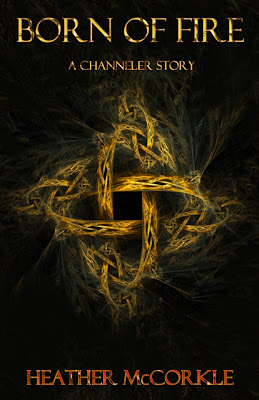 Please join me in wishing Heather the greatest success with her books and the Happiest Birthday Ever! I know you will meet all your goals for the New Year, Heather! 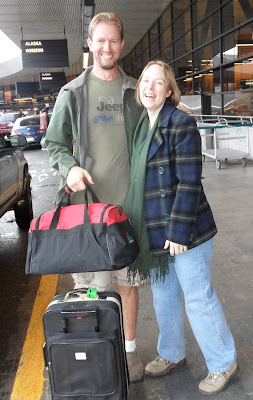 We hope you and Edd come and Join us in Seattle again soon!

Enjoy the Journey! And celebrate your day. You deserve it.