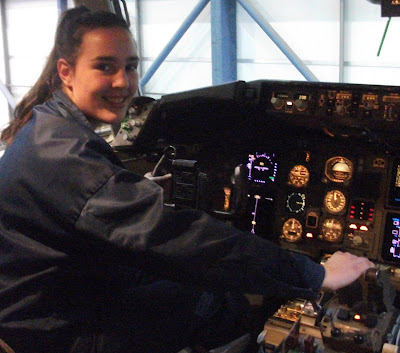 Aisling is sixteen years old and growing up in a small town in West Ireland. She’s in her fourth year at the local secondary school, and will graduate... sitting her Leaving Certificate... in 2013.

Her future: To become an airline pilot.

This year my holiday wish is that Aisling will find the means to achieve her dream of becoming a pilot. She is one dedicated young lady who is focused and flying open throttle toward her dreams. I know she will achieve whatever she sets her heart to... and her heart is in the sky.

Karlene: Sixteen years old and you already know what you want to do, and are going after it full speed. Have you always wanted to fly?

Aisling: One of my earliest memories is being questioned what my future career would be. I automatically answered that I would be a Garda (police force) as my Mam and Dad had already followed that route. During the past two years I have found myself being interrogated and challenged about my career, only to stumble and exclaim "I don't know what I would like to do". The truth is that I do know what I want to do, I am going to be a pilot. 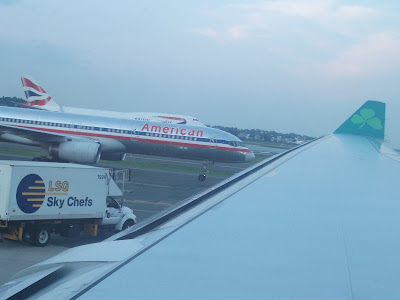 Karlene: How in the world did you decided to become a pilot?

Aisling: The thought of being a pilot has been whizzing around in my head since the age of six, when I was brought on my first holiday. It was a short hop from Dublin to Edinburgh, but Ryanair has seemed to leave a lasting impression on me. While in the apartment, I remember staring out the window watching the vast amount of different liveries as they descended to the threshold. I remember the feeling of excitement distinctly, what an amazing job it would be to be a pilot.

Karlene: Six-years-old is very young to think about flying. You wanted to become a pilot, but earlier you said you didn’t know until a year ago. What happened in between that time?

Aisling: My interest in aviation was developed even further when I took my first trip to America in 2004 at the age of seven. I stood mesmerized by this big bird with a bright green Shamrock staring me back in the face at Shannon Airport. We landed in Boston, and I felt a sense of reluctance leaving the aircraft. Although I continued to fly to Boston every year, my interest somewhat diminished. I dismissed the idea of being a pilot because I believed there were no women pilots. 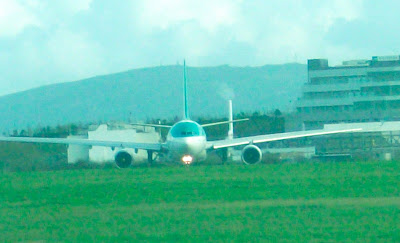 Karlene: I think that used to be a common misconception among young ladies. So what happened?

Aisling: In 2009 my dream resurfaced as I again headed for Shannon Airport. My sense of excitement flourished as my teeth began to chatter walking through the entrance. I found myself reading a page on Wikipedia about the Airbus A330 family unknown to myself. I was so engulfed that I almost missed the boarding call and we had to rush to the gate! I started out the window, as if this was a dream and I never wanted it to end. This was the beginning.

Karlene: It was just the beginning, and that fire has been burning since. You even had a chance to go into the flight deck. Can you tell us about that visit?

Aisling: In 2011, I anticipated my transatlantic flight from the moment I pressed the "Book Now" button on the Aer Lingus website. I recited my lines for the month before I took my holiday convincing myself that I wasn't going to fail. I set up a Twitter account and followed other aviators, including you. You were my inspiration. You were the first women pilot that I had discovered, and your homely feeling made me think "I can do this". The aircraft emptied and I headed through the cabin where I was greeted by the senior flight attendant. My hands were shaking and my voice was quivering. She looked in to the cockpit and said, "go ahead", as if this was no big deal. I gasped as I stared at the astonishing amount of circuit breakers and EICAS systems. I felt an amazing rush of adrenalin flood my body. This was where I was meant to be.

Karlene: I know that feeling the first time I walked in the flight deck too. I am so glad we met on twitter, and you now know that women can fly planes. Tell our readers what else you’ve been doing to pursue your dream.

Aisling: Since that day, I have established a great knowledge of aviation. I have spent two days at the local Air Traffic Control tower where I acquired information about communications and the flight school. Aviation makes up a major part of my life now, after all I intend to make it my future career. I recently spent a week at Shannon Aerospace, a maintenance facility at Shannon Airport. Most of my time was spent with the Electronics & Avionics team, where I gained a lot of useful information about the different systems on board an aircraft. I was shown an aircraft engine in detail, and I seized the opportunity to do some work on them including observing an engine being "dropped".

Karlene: What was the most inspiring thing you did at the maintenance facility?

Aisling: During my work experience, every chance that presented itself I was to be found in the cockpit of the 767. While on my own up front, I discovered that it is where I want to spend the rest of life. I felt on top of the world sitting in the both seats, as if no other seat will ever match these feelings of perplexity. 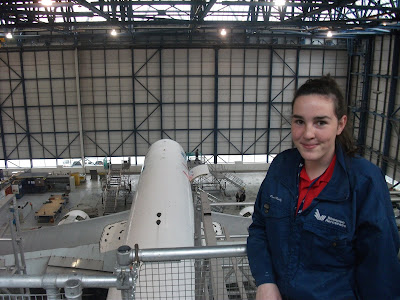 Karlene: What else have you been doing to prepare yourself, for your career in aviation?

Aisling: I have used the best tool available to me, the Internet to research my future career. I have read hopeful articles and dismissive articles, but my ambition is now at its strongest point. I am adamant to prove the doubters wrong and the believers right. I am more determined than ever, and I will continue to persevere to make my dream come true. Unfortunately, my family are not flourished with money so I must develop a rigorous saving scheme, but I am willing to do anything to fulfill my dream.

I know that I must make sacrifices along the way but I have promised myself to be compliant. It is still a fantasy for me to think that it is possible to fly a plane and be responsible for delivering great flights to returning customers, it feels as if it is all to good to be true. I pay attention to the flight radar and when I see a plane approaching my district I dash outside with my binoculars to see the livery and distinguish the type, along with imagining the controls being inputted into the autopilot system. I must attain my dream of being an airline pilot to reach self-actualization. I am fully committed to making my fantasy a reality.

Karlene: Does your family support your dreams?

Aisling: I live with my Nan, who has always persuaded me to pursue my dream no matter what obstacles get in the way. I love my family configuration and I would not be content to have it any other way. Growing up I was predominantly subject to a male environment between my home and the immense amount of sports I play. I often enjoyed spending time with the lads playing football out on the school pitch, and I guess their vibes have passed on to me. Sports was and is my life, there is not a weekend where I am not gone playing camogie or gaelic football to some destination in Ireland. 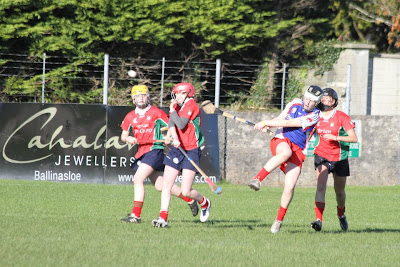 Karlene: Aisling, your Nan is a wise woman. I have no doubt you will make your dreams come true. You’re motivated, inspired and dedicated—you have passion and aren’t afraid of hard work. Keep in touch and keep dreaming... they are all within your reach.

Everyone please take a moment to leave Aisling a comment. 2 days until Christmas and there is no better gift than giving words of encouragement to someone so dedicated in following their dreams. This young lady will succeed and one day we will hear her say, “This is your Captain speaking.”

Please visit Aisling on her blog.... Aspiring to Live the Aviators Dream