One of the differences between “old” Boeing and the Airbus include how to manage approaches.

The good old days, in the Boeing, I remember flying a VOR approach. An ILS. A NDB. A localizer—oh wait, the localizer was actually an ILS with the glideslope inop. But times they have changed. While the new Boeing aircraft have changed with the times too...today, it’s all about the Bus.

The confusion is actually in the terminology. Flying them is simple. There are "two" types of approaches: LOC NAV and APP NAV. 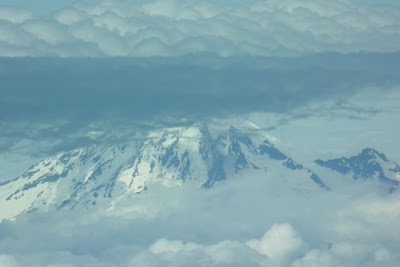 The thing to remember is that Airbus approaches are all “NAV” approaches. They also must be contained in the database— LOC NAV and APPR NAV. LOC NAV includes the LOC, LOC B/C, and the LDA without a glideslope. Remember... if you're going to fly a LOC approach, you need the "LOC" approach in the data base. Not the ILS.

The LOC NAV approach is just that… a localizer. There is no mystery with this approach. The approach uses the localizer signal for lateral navigation and we fly the vertical path.

The question is… how do we get her to descend? The answer… Follow the "donut"— the magenta circle that provides guidance on the vertical path. The approach chart displays the FPA (Flight Path Angle). We set that number on the FCU, and pull the FPA knob when it’s time to descend, adjusting as necessary.

The APP NAV is a little more complicated to remember what approach this belongs to, but a whole lot easier to fly. It’s just like flying an ILS.

Why is it complicated to remember? It's not really. Just the terminology. APPR NAV includes, the NDB, VOR, and RNAV approaches—one approach is all encompassing...perhaps its so simple it gets confusing?

The approach NAV captures a glide “path” that is represented by a magenta brick. Somewhat like a glideslope.

The blue descent arrow, on the ND—(FINAL APP) indicates where the brick will intercept the path. There are always rules and this one is important—you must see FINAL APP on the FMA before descending below the FAF altitude. That makes sense. You’re not going to fly the approach if the system isn’t working.

Reminders for the APP NAV:
Tonight I’ll be practicing these approaches and more. Anything you’d like to know… leave me a comment, and if I don’t know the answer, I’ll find out tonight.

And remember... these are the good old days.