Flying into your hands soon! 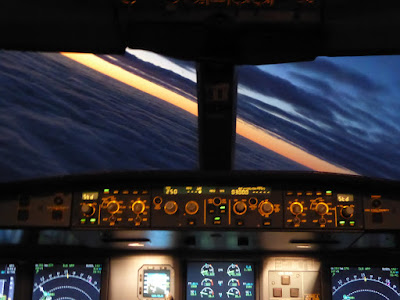 I was finishing a quarter of school while on a trip, during finals week. November 29, 2015 my finals submitted. I returned home on November 30th. During this time, my novel took second priority to school. I awoke December 1st, and sighed. I was only halfway complete with Flight For Survival. I had only one month to finish it. We were in the midst of the holiday season.

I don't know how I will finish my third novel in one month, let alone during Christmas time. I was helping my friend with her book, working on the children's book, I Am Awesome, the ABC's of Being Me, had shopping, kids coming to town, and a mini trip with my husband. I was on reserve and could be called out at a moments notice. Once school picked up again in January, I would be too busy.

I experienced a moment of doubt as how I would get it finished for the NW Aviation Conference by February, 2016. Then I looked at the book Fight To Success be the Captain of Your Life, sitting on my desk and... 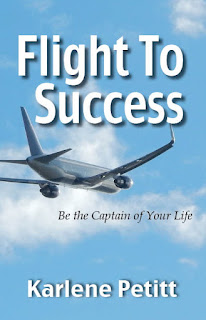 Instead of giving up...
I gave it my all.

Giving it my all worked!

Flight For Survival is on schedule
for January/February arrival. 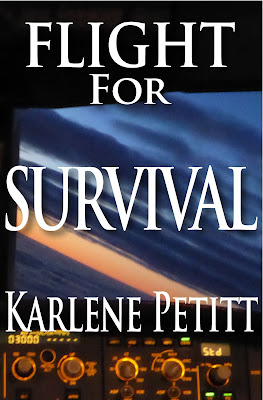 
Kathryn Jacobs is in charge of drone regulation for the FAA, Jackie Jameson is managing flight attendant training, and Darby Bradshaw is flying an A330 for Global Air Lines.

When a Boeing 777 disappears, and a pilot intentionally flies into the mountains, suspicion points to Captain Bill Jacobs, protected by the walls of prison.

Darby is on top of the world, as she has been offered a 2 million dollar contract for a safety management book she spent three years writing: Fight For Safety, Inside the Iron Bubble. Unfortunately, there are people who do not want this book to be released. The sub-culture of Global Air Lines surfaces between the pages in the darkest realm, with fear that the truth of what goes on inside that iron bubble, shall come to light.

When the worst crash in history occurs, the fight becomes one of survival.

The time is now to read
the first two novels in the series:

Enjoy the Journey...
And get ready for the best of the three novels!

Join me on New Years Day
For the Resolution of 2016!

My Novels are an integral part of the resolution.
Join the Journey!