From Need to Vision to  Reality


As EPST had committed itself to train its students to airline requirements, a search for a B737 Fixed Base Simulator (FBS) was conducted only to come to conclusion that they were not affordable by a flight school. Obviously a FBS device was more than sufficient and could replace the King Air for the MCC and would allow adding a Jet Orientation Course (JOC). This JOC course was not defined as an JAA requirement but the industry (wiser than the authorities) defined that a requirement to be acceptable, at least many airlines did such as BA, KLM, Lufthansa etc.


There are two type of “simulator” suppliers, the providers for the professional industry and the “game/event” producers. This last category had their devices looking very good but with using Microsoft Flight Sim, the functionality was way off compared to a real B737. In fact there was a lot of “negative” training. As an example, an engine failure did not require any rudder input. The device kept going straight. These problems in addition to the lack of robustness (switches breaking, pedals not working, yoke/column breaking etc.).

EPST therefore decided to look at a professional training device. These devices are only supplied by simulator manufacturers who primarily produce Full Motion Simulators (FMS). They are usually called Full Flight Simulators (FFS) but that really is the wrong name as it has nothing to do with the availability of motion.

The problem with these FMS suppliers is that the margin on the FMS device was much higher than the FBS device. As result they made the FBS artificially expensive and often put cheap parts in the FBS in order to improve the margin somewhat. The price for an FBS B737 device quoted at that time was 1.8 to 2.0 million Euro’s. Even if EPST could afford that, the price per hour to the student (who already paid for his/her complete license training) would be far too much. The training should be competency based and not be money limits based. 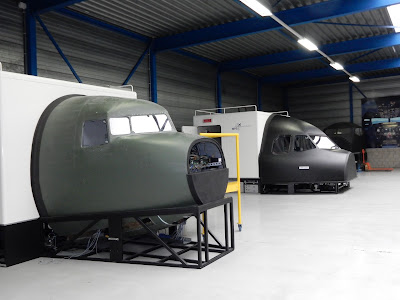 Time to Build a Simulator!

Frustrated again (seems to be a good motivator) EPST decided to have a go and build a simulator itself. The initial approach was using the game/event material as they naively believed they could fix/tune that to work correctly. After about two years that turned out to be false so in 2007 a small group of people started a new company called Multi Pilot Simulations (MPS) in the believe they would make very good FBS devices for the new Multi Pilot License (MPL), hence the name. A proof of concept was performed in a corner from EPST and in 2009 it became clear. Yes we can do it, yes we can get it certified by the local authorities for MCC and yes the price was considerable lower, being € 600.000 (about 1/3 of the competitors price) and the device was made by using a fully licensed Boeing data-pack.'

Now that the proof of concept was successful, Dick Verburg sold 90% of his shares in EPST in order to setup MPS as a FBS simulator manufacturer.

To get the first device MCC approved was a major step; however, the approval of an JAA FNPT-II/MCC is a more or less “generic” approval in which the performance of the simulator was defined as having to follow the CT&M (correct trend and magnitude) of the represented aircraft model. The next step, to make an FTD (FAA Level 5/6) device, turned out to be a major challenge. Now the simulator had to perform exactly like the B737 flight data graphs and the IOS failures and the effect of these failures had to be accurate. The first FTD client found more than 400 errors in the systems logic and MPS had to go back to the drawing board while keeping that simulator going, however, they never give up, so they got there. 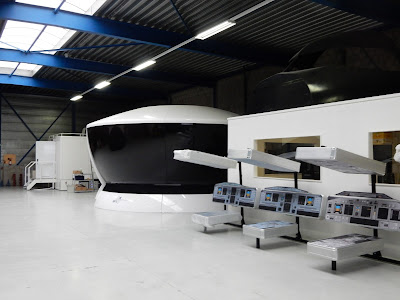 Why are these simulators so important? Actually the FTD would allow (as per the EASA rules) to perform about 50% of the Type Rating. Most of the Type Rating training is aircraft systems and failures related, which can be trained and performed on an FBS device the same as on an FMS device. The result, however, of the combination of FBS and FMS will save a considerable amount of money for the simulator time for such training and it is the MPS advise/believe that this money should not become a saving in cost but should be used to give the young and often new pilot (first Type Rating) more and therefore better training.

Get away from the “tick in the box” Type Rating training and provide a competency based training system which requires more training as First Officer (not only how the systems work in this aircraft).

This combination can now be done as result of the quality of the FBS devices (technological development, mainly in the visual and PC/Network area). The MPS FBS devices are performing exactly like the Level D FMS devices with the exception that they have no motion.

This training concept is now adopted by several airlines and a big example is the Ryanair order of initially three (3) of the MPS devices with many more to follow in a ten year agreement between Ryanair and MPS.

The next step is to prepare to upgrade the B737 to the MAX and the A320 to the NEO as well as producing A330 and A350 for conversion training. 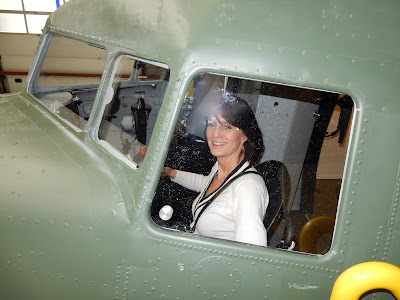 But the story does not end here...

Meet the man behind the success tomorrow!

Enjoy the Journey!!
OX Karlene
Posted by Karlene Petitt at 12:00 AM