After his education and a tour with the Dutch Marines specializing in radio communication, Dick studied Software Programming (now we would call that IT). Having worked in the IT area for such companies as Shell International, Control Data Corporation, Amdahl mainframe supplier (now Fujitsu) and Candle Corporation he run his own IT company.

Not being happy with the program around the pilot training of his son Richard, he decided to do it better and created European Pilot Selection & Training (EPST). Originally Richard was involved but he moved on and is now a Captain at Dragonair on the A330. 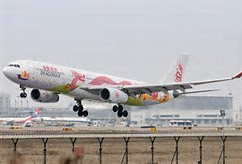 EPST has become one of the key pilot training institutes in Europe and not only that, as a result of not being happy with the pilot aptitude selection tools available on the market, Robin Acton (the EPST Selection Manager) designed COMPASS for EPST.

This turned out to be a very good and efficient pre-screening tool, which is now used world wide. From day one in EPST, Dick developed an interest in pilot and candidate pilot selection and he now has 15 years of experience in that field.

In the meantime, Dick has created a new company Multi Pilot Simulations (MPS), which company is creating Fixed Base A320 and B737-NG simulators. The main aim of MPS is to provide AFFORDABLE simulators to FTO’s and TRTO’s as it is important that the final part of pilot training (MCC and Jet Orientation Course) is done on a complex jet which at the moment is not available in the price range for FTO’s. MPS has changed all that. The MPS device is also excellent for the Basic and Intermediate phase of MPL.