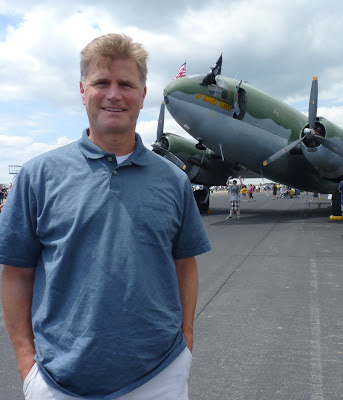 Tim is an upstate New Yorker who now lives in eastern Pennsylvania where he researches and writes. He is a veteran of newspapers, radio, and television news reporting and anchoring, and he spent 21 years as a news anchor for the CBS and NBC-owned television station, WCAU-TV, in Philadelphia. So don't shoot me, but most of this is taken from his bio. But what an amazing man!! 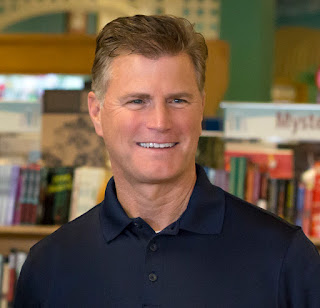 As a Journalist in New York State, South Carolina, Texas, Pennsylvania, New Jersey, and Delaware, Tim has covered and/or reported, and anchored news broadcasts on most every major news story of the past few decades including Iraq War politics in Washington, the 9/11 terrorist attacks, and Hurricane Sandy.


This man is one of the most prolific writers I know. He has written for the Jamestown Post-Journal, The Buffalo News, Pittsburgh Post-Gazette, Thousand Islands Life, and worked for CBS and NBC-affiliated television stations in Charleston, Houston, and Philadelphia. Tim was even once arrested and jailed for broadcasting a news report, but the charges were later dropped and his record expunged.
However, I'm putting him back on record to say that he does not allow fear to stop his writing. He was also inducted into the Philadelphia Broadcast Pioneers Hall of Fame in 2011.
Tim Captures a Beautiful Float plane Landing:


Tim came from a family of 13 whose ancestors first settled in Philadelphia in 1733, and Rhode Island and Massachusetts in the late 1600's. He and his wife Jaime, have three children, and split their time between Chester County, Pennsylvania, the eastern shore of Lake Ontario, and the Adirondack Mountains.

The history of General Electric's summer corporate island camp, in Lake Ontario, which includes stories of some famous Americans who attended.

A non-fiction account of GE's early corporate playground in the lake, along with tales of bootlegging, early Coast Guard activities, wooden boats, and architecture of summer cottages in a small fishing community. The book also chronicles the secret vacation lives of three U.S. Secretaries of State.

AND the BOOK That connected me to Tim:
Hang on and Fly: An original narrative non-fiction story of the deadly and forgotten era of the first budget airlines in North America.

"A Post-War Story of
Plane Crash Tragedies,
Heroism, and Survival" 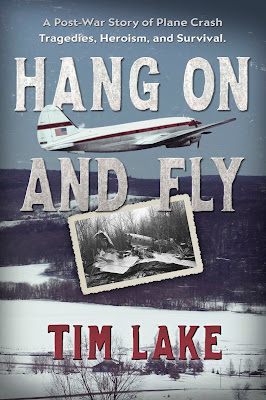 Tim's book just arrived in the mail yesterday! He was going to gift me an ebook, but I love paper and supporting authors, too, so I ordered it. Now for your gift, I opened the book (in the middle) to give you a taste...

"The crackly radio messages bounced around the hills and valleys of the Alleghenies and set the stage for absolute pandemonium along Sawmill Run. Sheriff's Deputy Russell E. Benson intercepted the call in his squad car and ... "
If you love History,
and Love Aviation,
I suspect you will love
Hang On and Fly!
Tim... Best of Luck to this, and all your endeavors!
Enjoy the Journey!
XO Karlene
Posted by Karlene Petitt at 12:00 AM