The First in the Series

Imagine writing a novel, Flight For Control, with the theme of mental health embedded within the world of aviation. And then two months after your novel is released a Jet Blue captain is locked out of the flight deck by his first officer, after he suffers from a mental breakdown. What if he hadn't been locked out? And then four years later a Germanwings first officer successfully locks the captain out of the fight deck and flies his plane into the mountains.


Answer: You have Flight For Control 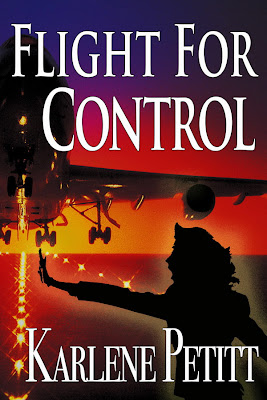 The airline industry has been turned upside down. Pilots are financially and emotionally bankrupt, and have been pushed to the edge.  They fight, to take back control. But when three airliners cash, and nobody knows why, it takes Kathryn Jacobs to return to the NTSB to investigate. But her husband, Captain Bill Jacobs, has his concerns. While her twin daughters are off at camp, and Bill is actively campaigning for the Pilot Union Presidency, Kathryn secretly begins her investigation. What she learns will shock the nation.

Flight For Control is a thriller that reads like a mystery. But to Kathryn, there is no mystery on the condition of the airline industry—it’s broken. Planes are crashing. Pensions are lost. Pilots are financially and emotionally bankrupt due to fatigue, furloughs, and loss of seniority. It’s time that someone takes control before it’s too late—unless it already is.


Your life is in your pilot’s hands.

Do you know who’s flying your plane?

Please be advised this book is for mature audiences only. Okay... you don't have to be mature, but you should be old enough to deal with some serious real-life issues. While fiction, Flight For Control harnesses the current airline environment, economy, and the stress your pilots face daily. Where is the union? What is the FAA doing? What is management's fiduciary responsibility? Flight For Control also contains strong sexual content. When on the big screen, it will be R-Rated. Be ready for the flight of your life, it may be your last.

If you can handle the flight, then you will love the action and adventure of Flight For Control.

Pre-order Your copy of
Flight For Survival Today!
Posted by Karlene Petitt at 12:00 AM