The Third in the Series ...


Imagine being an author working on your PhD at the same time you are an airline pilot. What if all those worlds merged into one exciting adventure, where truth was scarier than fiction and the lines between your worlds blurred? You would write the novel Flight For Survival.

NextGen is on the horizon with multiple threats looming. Aircraft complexity, fatigue, and training issues leave pilots open to error. Unmanned aircraft systems—drones—are flooding the airspace, creating a regulatory nightmare. Safety Management Systems are mandated to be in place by 2018, but creating a safety culture is an essential ground floor requirement.

FAA inspector Kathryn Jacobs is in charge of drone regulation, Jackie Jameson is managing flight attendant training, and Darby Bradshaw is flying an A330 for Global Air Lines while fighting for safer skies. Darby has just been offered a two million dollar publishing deal for her safety management book: Fight For Safety, Inside the Iron Bubble. Unfortunately, there are those who would do anything to stop the book’s release.

The darkest realm of Global Airlines’ secret sub-culture surfaces between the pages amidst fear that the truth about what happens inside the iron bubble will come to light. When a Boeing 777 disappears, and a pilot intentionally flies into a mountain, suspicion points to Captain Bill Jacobs, hidden inside prison walls.


But the truth is never what it appears.
The worst crash in airline history plunges these three friends into a fight for their very survival. 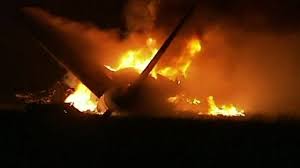 Pre-order Your copy of
Flight For Survival Today!