Finals complete!! Last week I finished finals on a layover in China. Then standing in the lobby on my way to the airport to return home,  I met a crew getting ready to head to town. Of course I had to tell them about my novels before we parted. Then one of the captains told me about Raven One, and a little about the pilot who wrote it. Thus, I just ordered it and will be reading between classes. I suspect we will get to meet the man behind the book by the end of the week. Stay tuned.
But for now.... 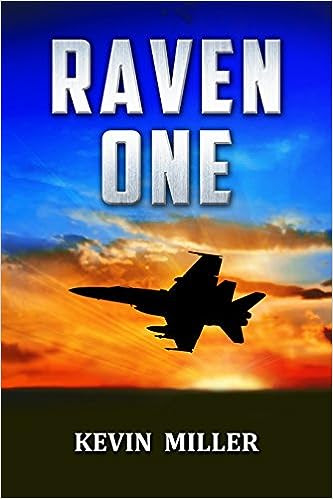 "UNARMED OVER HOSTILE TERRITORY... For a moment Wilson froze and looked at the white-helmeted pilot who sat high on the nose of the colossal fighter. Across the small void, he saw the pilot’s eyes peer over his mask. Dark, chilling eyes… Wilson kicked right rudder to slide closer and jam any chance for a bandit gunshot. When the bandit pulled all the way over, almost on its back but in control, he cursed in frustration at what he knew was coming next. The hostile fighter reversed over the top in a negative-g maneuver, his nose tracking down on Wilson like a falling sledgehammer in slow motion. Horrified, Wilson realized he faced an imminent snapshot. With the little air speed he had, his inverted his Hornet to avoid the attack. His aircraft still rolling, Wilson saw that the monster had another weapon at its disposal..."
Find time to read a good book this summer!
Enjoy the Journey!
XO Karlene
Posted by Karlene Petitt at 12:00 AM