What do you get when you cross a commercial pilot who’d flown 200 fighter missions during the Korean War, with a woman who’d been a WWII radar operator? 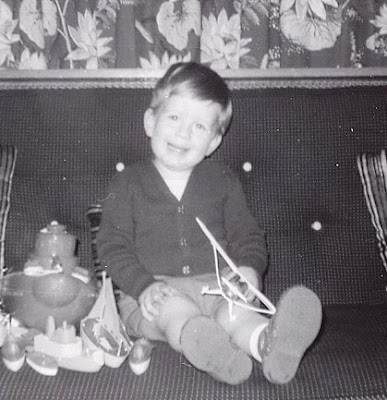 “I was always ‘most likely’ to end up in a cockpit some where. If I wasn’t at school, I was at the local airport filling in as my father’s shadow and crawling over all and sundry airplanes.”

Owen is a published author, journalist and commercial airline pilot. He’s got over 16,000 hours of experience, and has flown around the world and back again, and currently lives down-under in Australia.

17 years old, and he soloed. After graduation he spent years as a Paramedic. But his desire and passion to fly never wavered, as he poured his hard earned wages into renting aircraft at the local airport. His gratitude is heart-felt for a father who sat by his side, and provided instruction. “I still abide by the critical lessons he imparted in those early days and his ‘old school’ adherence to airmanship.” 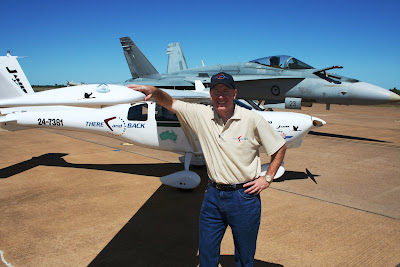 Owen broke into the industry he loved, and then he spent the next seven years flying anything he could while working toward his dreams. Chief Pilot, Chief Flight Instructor, Licensed Examiner, Charter operator, and Ferry Pilot. He even flew the remote islands of the Pacific.

One of Owens’ favorite memories:

“A cherished time in that early career was flying in the remote Kimberley region of northwest Australia. Living in a caravan, there was little else to do but fly and I couldn’t have been happier. I learnt so much in this time to the beautiful setting of the great Australian outback.” Owen is a man of many hats, and his story is one of success, adventure, hard work and joy. As a writer, I’m learning the power of first person. Please enjoy the readers-digest version of an incredible man, from his POV, and the success he’s achieved. It's hard to crunch a life into a few paragraphs, but we'll try.

“In 1994 I had to grow up and I joined a domestic airline, Ansett Australia, flying Boeing 737-300s. As was once said, “It was a great airline, but a lousy business.” So when the airline collapsed in 2001, just after 9/11, I spent a short period unemployed before joining another carrier. I spent a few years on the B747-400 on international operations, but now I’m back on the B737-800 and happy to be there.

Over the years there have been so many memorable moments aloft. I’ve been fortunate to fly a range of airplanes as I often review new types for magazines. Amongst the list of aircraft, the highlights would be flying my Tiger Moth biplane at dawn on a still morning and tearing up the skies in a dual control P-51 Mustang with a friend of mine. Obviously that first solo flight was special, but there’s something about the first solo ‘cross country’ trip that really made me think that this was all very amazing. From the flight levels I’ve seen a rocket launch out of Vandenberg that lit up the sky, just as dawn was breaking, while nature turned on its own light show as the ‘Southern Lights’ on the way back from Johannesburg. In 2010 I circumnavigated Australia in a light aircraft, a Jabiru, for charity. Over 18 days I saw the very best scenery and the most wonderful people Australia could offer. 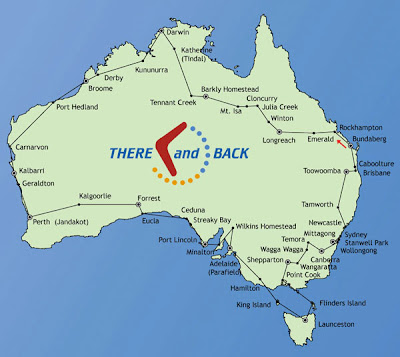 I’ve had a few in-flight ‘events’ over the years, but the most significant was probably when I was conducting a student pilot’s flight test in a single-engined light aircraft and the engine decided to go quiet. We were over rather inhospitable terrain known as ‘The Great Dividing Range’, but fortunately I was able to put the airplane down in a small clearing, although we had to catch a rescue helicopter home that night. Equally significant was that this near miss gave me the courage to ask out a certain young lady; now we’ve been married 15 years and have four great children. 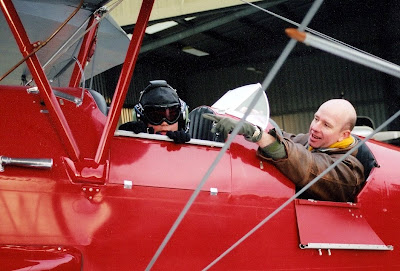 I cherish every moment that the earth has fallen away from the wheels. I enjoy the challenge of pursuing a skill that I’ll never perfect, but get a kick out of on the odd occasion I get close. Away from the cockpit I’ve completed a Masters Degree in Aviation Management and written a few hundred articles and one book. I’m a very lucky guy on so many levels and along with family; aviation has been a central theme.” Owen Zupp 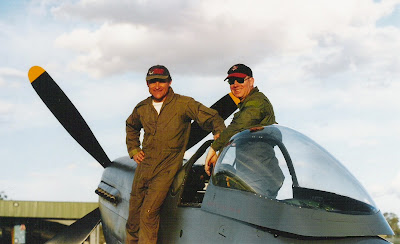 My shelves are filling with Aviation books, and Owen’s will have to be added.

His book Down to Earth —The story of a fighter pilot’s experiences of surviving Dunkirk, the Battle of Britain, Dieppe and D-Day, has received much praise. 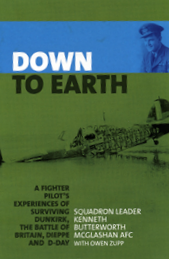 “Kenneth MGlashan entered the Royal Air Force as a cadet in 1939, training in aircraft such as Tiger Moths and the elegant silver biplane variants of the Hawker Hart. Flying a Hawker Hurricane fighter over the Dunkirk evacuation, he got shot down, the victim of a German Messerschmitt Bf 109; this was neither the first nor the last time he brushed against death. McGlashan carries us in the cockpit through night fighter sorties, wartime airline operations, and missions in his obvious favorite: the twin-engine de Havilland Mosquito. It is our good fortune that the flier returns from war, darkness, abysmal weather, and engine failure, and that the writer Owen Zupp listens patiently and captures McGlashan’s voice in a well-written narrative.”

Please take a moment to drop by Owen Zupp’s website . You could spend hours in this fantastic aviation site, from speaking engagements to his writings, and everything in between… a must see. The photos are great too!

I’m leaving everyone with a gift, compliments of Owen Zupp. Take five minutes of your day to enjoy the video of Owen’s journey as he flew around Australia during his charity work with the Royal Flying Doctor Service.

Owen, thank you for sharing your life with all of us, for all you do… and for your charity work too. I'm glad I had the opportunity to meet you. One day in person.

Posted by Karlene Petitt at 1:00 AM