Wednesday Wellness with Dr. Larry
"Off the Record Q & A with a Local A.M.E." 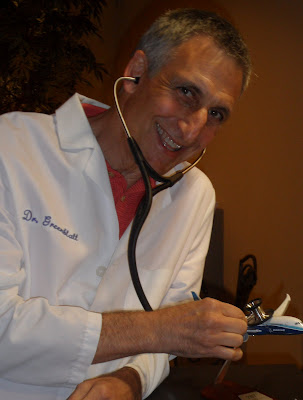 "Dr. Larry, I heard that the FAA is going to start allowing pilots to fly with Prozac. I always said, “I’d rather have a pilot on Prozac, than one that needs Prozac.” Can you give us the scoop on this and what Prozac does to the body? How do you feel about pilots flying with it? Is this safe?"

In a long-time coming policy reversal, the FAA last year changed the protocol for pilots taking one of four antidepressants or wishing to. These four are from a class of medications called SSRI (selective serotonin reuptake inhibitor). Prior to the FAA's decision, ANY antidepressant was disqualifying. Now a pilot has the potential to be certified taking Prozac (fluoxetine), Celexa (citalopram), Zoloft (sertraline) or Lexapro (escitalopram).

This was a landmark decision the FAA wrestled with for many years and in part was held up due to legal questions. As noted and like the rest of the general population, many pilots deal with anxiety and depression issues. However, they were restricted from taking medications which could help them feel substantially better. The FAA also knew there were many pilots taking these medications yet not reporting it for fear of losing their license. The trick was in figuring out a way for these wayward reporters to come clean without reprisal and be allowed to continue flying.

Certification is on a case-by-case basis when a pilot is taking one of the four specific antidepressants. If one wishes to pursue this sort of therapy, a number of hoops need to be jumped through. Click HERE to view the FAA’s protocol for certification with SSRIs.

SSRIs were deemed ok to fly with because they are generally well tolerated and have a very low potential for side effects, especially sedation. Word is circulating there will likely be a few more options in the next couple of years as well.

Depression and anxiety as well as obsessive-compulsive disease and premenstrual mood disorder are due to a depletion of neurotransmitters in the brain. SSRIs and other antidepressant type medications typically work by increasing or replenishing specific neurotransmitters, so instead of people believing it’s mind over matter, it’s more often matter over mind.

I personally have thought for a long time we needed medication options, besides cognitive mental health work, for treating depression and/or anxiety in the pilot populations. Now we have a means which allows pilots to continue their occupation or joyful hobby. We've come a long way yet we have a long way to go.

To your good health,

Thank you Dr. Larry. This is great information during a high time of stress for pilots.
Posted by Karlene Petitt at 12:05 AM