Surprise Surprise... I'm still in New York on my extended layover due to work stoppage in Athens. Five days in New York... but somebody's got to do it. So the memory of Athens will have to hold over from the first time I visited on during my first trip on the A330. 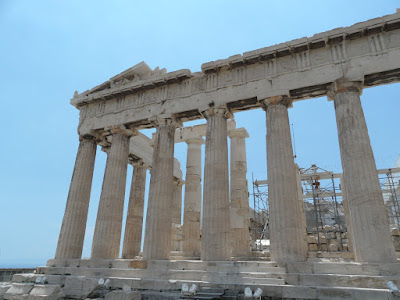 It's all about the Approach and touchdown.
Can the A330 Slip? Of Course. Why does Airbus recommend landing in a crab? My thought is that a "wings level" approach provides a better chance of not catching an engine upon landing.

For my earthbound friends...

Crab: The airplane's nose is pointed into the wind with wings level, while the aircraft tracks toward the runway. 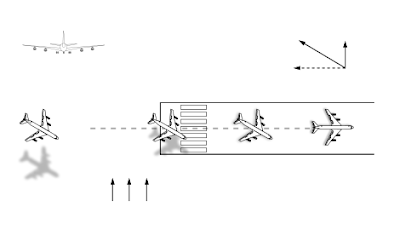 Slip: The airplane's nose is positioned in alignment with the runway with the rudder and the ailerons are used to prevent the plane from drifting with the wind. 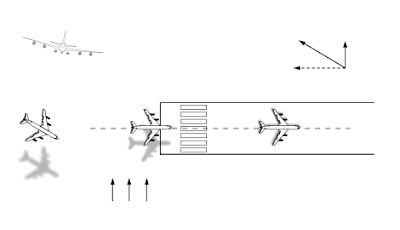 Back to landing the Bus...

In addition--- since the A330 shifts modes during the landing, slipping the aircraft becomes a bit of a challenge, and could be the attributing factor to the A330 Crosswind Landing Statistics mentioned Tuesday.

The handling differences in a Fly-By-Wire aircraft are significantly different in some maneuvers--- especially Landing. 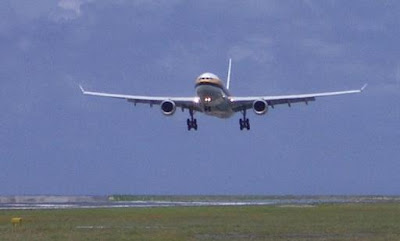 If a slip is to be flown just before landing, lateral stick input is used to establish the amount of bank and must be returned to a neutral position to hold the amount of bank requested, while opposite rudder is established. Not a big deal. Now we're flying neutral stick with a bank established and cross rudder, creating a slip.

But there is a little more to landing this plane due to the modes of operation in Normal Law.

Normal Law--- the flight control law used for normal operations when everything is working.

Landing Mode is when the logic begins to change. Airbus decided that when descending below 100 feet RA, they wanted to give us a "conventional feel" for the flare and touchdown.

This feel only effects the pitch handling characteristics. Then at 50 feet RA a slight pitch down elevator input is applied requiring the pilot to give a bit of aft stick movement to maintain the same pitch.

At 30 feet— flare. The pilot brings the nose up just enough to arrest the descent rate. Not the traditional flare that you'd expect in a Cessna or a B747. Then bring the power to idle when commanded. The aft main wheels touchdown first. Front main wheels land second. Then we fly the nose to the runway. Do not hold the nose off. If you hold it off too long, she'll run out of airspeed and drop hard.

During the flare, rudder should be applied to align the aircraft with the runway heading.

Ground Mode is where the fun begins in crosswind conditions. Sidestick control of elevators, ailerons, and spoilers, is now directly proportional to the deflection of the sidestick. Therefore, if we had a bank established, but our stick was neutral--- once on the ground we'd be required to input the same amount of bank as necessary to counteract the wind, and hold the stick in that direction.

If you had no bank established, once on the ground, you may need to add some, remembering the direct stick to controls logic--- just like Direct Law. The flying does not stop when this plane is on the ground. It may just begin.