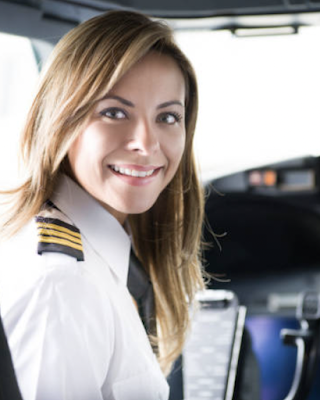 There were 20,421 views on LinkedIn alone in response to the June 8th post Sexual Harassment in the Airline Industry as a result of Dr. Kern's article, An Honest Discussion Men Need to Have Right Now. Not to mention the thousands of views from other social media sites. If you have not read that post yet, I think you should. Dr. Kern had written his article in response to the FAA's report "Breaking Barriers for Women in Aviation."
Today is Part Two
Dr. Kern's second article:
Not My Problem Think Again
Dr. Kern believes there are two reasons why women don't speak out when they are sexually harassed: (1) Fear of retribution and (2) they don't want to play the victim card. Sometimes it's also easier to simply look the other way and pretend the behavior doesn't exist. Other times women think by ignoring the behavior, they are being accepted as part of the group. Furthermore, if the behavior doesn't happen to them, it's easy to believe it's not occuring at all. As I mentioned in my post Sexual Harassment in the Airline Industry, the problem may be due to the deviant behavior of management.
If senior leadership behaves poorly, they set the example for others to follow. This behavior becomes the culture. Culture includes the norms and behaviors of everyone in the organization. But culture begins at the top. Culture also dictates who the organization will employ, which will often be the same cookie cutter selection they have always chosen. The aviation industry even has a culture of its own.
Dr. Kern has brought to our attention that it is impossible to have a positive safety culture when sexual harassment is prevalent. He discusses the need to change and how that might happen. I do believe it's possible to change culture. But I also know what it feels like to be at the pointy end of retaliation when attempting to create change for the better. Therefore, I understand why people are reticent to come forward to create change of any kind. There is no right answer to this problem other than to start at the top. Unfortunately when a CEO is also the Chairman of the Board in an organization with a negative safety culture, that change becomes difficult to manage. Even Board members may fear retaliation if they attempt to rid themselves of the bad example. The negative culture persists.
I highly recommend you read Dr. Kern's article
Not My Problem- Think Again
Then... let's all think how to solve this problem.
Enjoy the Journey!
XO Karlene

Posted by Karlene Petitt at 9:51 PM