In The Airline Industry 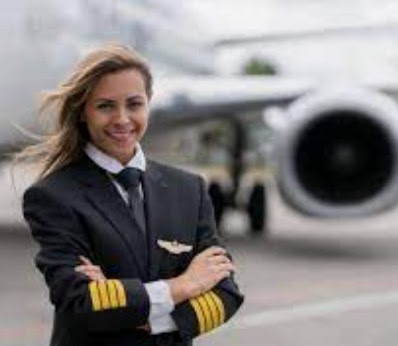 Dr. Tony Kern wrote an article in the Skies Magazine addressing Sexual Harassment and the impact on safety in the airline industry, in response to the FAA's report "Breaking Barriers for Women in Aviation." Dr. Kern want's to shout to the world that something is very wrong, and he could not be more right. 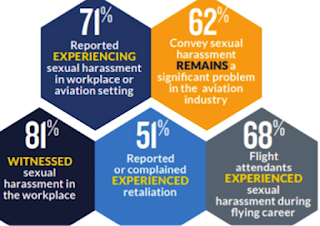 This is not just a line pilot issue, but many of these numbers involve management and union representatives. The very people who should be setting a positive example. Imagine a line check airman pounding on a female pilot's door at 1 a.m. trying to get her to go out and drink with him on a layover during her captain upgrade training. When she doesn't go out with him he gives her a negative write-up with no recourse. What about a regional director who is talking to a chief pilot and check airman, discussing how a female pilot's pants fit and uses the term cameltoes. He's still a director. Think about the female captain who has her phone taken by a union representative, and he takes pictures of himself and posts them on her facebook page via her phone. She doesn't say anything because, "What good would it do anyway?" Then there is a female pilot who is touched and harassed, and when she turns the union representative down and walks away he throws something at her, she turns and it hits her in the eye, sending her to the emergency room? She doesn't do anything and asserts, "He was just messing around." Fear of retaliation and being labeled is real.

The extent of sexual harassment today is not just about off-color jokes or dirty pictures in the cockpit that we experienced years ago. It wasn't long ago that I listened to a phone recording from a captain to a flight attendant who was working to become a pilot. The message her captain left was that she "would make a better flight attendant than a pilot, and the only reason a woman should be in the cockpit is to give a pilot a blowjob." Airline management took no action when this was reported.
What makes a captain, a regional director, a chief pilot, a training captain, or union representative think they can behave this way? Perhaps it goes back to the culture of the airline. If a married airline VP gets his assistant pregnant and nothing happens to him despite senior management knowing, or a CEO who sleeps with flight attendants, and gets one (or more) pregnant, which becomes the talk of airline, this type of behavior sets the example for all others. The numbers in the FAA report don't lie.
I highly recommend you read Dr. Kern's article:
An Honest Discussion Mend Need to Have Right Now.
Enjoy the Journey
XO Karlene