A Journey Worth Traveling 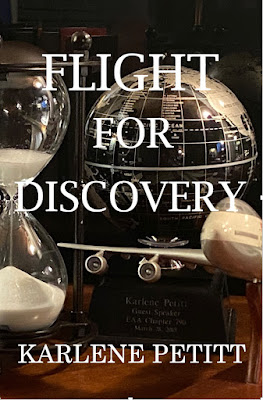 Time Is Running Out For Aviation Worldwide!
In Flight For Sanity, Darby Bradshaw was forced into an abusive psychiatric evaluation for reporting safety. At the time, there was no way she could have known that the very managers she reported to were not only aware of the issues, but intentionally created the shortcomings in training, violated federal regulations, and induced fatigue driven flight with a goal in mind. They had to silence her. In Flight For Truth, Darby fought her way back into the flight deck. Not an easy task with a bought-and-paid-for bipolar diagnosis. This fight was more than for her survival, but for that of an industry and the pilot profession.
Now, Darby finds herself in the second battle of her life. The pursuit of justice. The debate is still open between which is more painful... fighting for her sanity or fighting for justice. As she uncovers corruption during discovery and learns of the shear ignorance of those she is fighting in management, Darby realizes that passenger safety is in more jeopardy than she could ever imagine. What the reader learns is how far airline management will go, how much power they wield, and that the pilot job is in grave danger of extinction.
There is no way Global Air Lines will go to court to fight an indefensible case, is there? This is a fight between good and evil, right and wrong, and the future of the aviation as we know it. The truth is exposed in Flight For Discovery, a journey you won't want to miss.
Be first to get your ebook
on Amazon today!!
CLICK HERE TO BUY ON AMAZON
Please leave a comment on Amazon!
Hardback and Paperback coming soon! If you're interested in an autographed copy, email me at Karlene.Petitt@gmail.com and write:  Hardback or Paperback Flight For Discovery in the subject, and I will let you know when I have them in hand.
Enjoy the Journey!
XO Karlene