The FAA Breaks the Safety Chain

For over a generation I have supported the aviation industry. I have hosted flying events and promoted aviation groups. I've made every effort to improve aviation safety to ensure all pilots are properly trained to prevent an accident. I do not believe we should simply blame the pilot. My focus has been to ensure passengers receive safe travel. I even earned a PhD from Embry-Riddle Aeronautical University to solve aviation safety concerns: pilot error and lack of manual flight.
Thanks to over 7000 concerned pilots I was able to address the Office of the Inspector General's (OIG) concerns regarding pilot error. I validated and defended my research, published my dissertation and wrote a book on the research:  Normalization of Deviance.
The FAA, OIG, and NTSB know what is causing accidents and incidents. A lack of understanding due to training as a result of a negative safety culture, impacted by fatigue. Now we the have data to support those assertions. During my doctoral presentation I was asked what I thought the FAA would do when they learned of these results.  A couple weeks ago I received that answer: Absolutely Nothing!
The Greatest Threat to Aviation Safety
Is the Act of Looking the Other Way
I thought I faced Goliath in my fight for safety, but the truth is there may be no way to beat Goliath when the FAA is protecting the beast. Today is yet another broken link in the safety chain, because of the FAA's complicit behavior.
How many links need to break before
the safety chain is irreparable?
Duty Time Limitation Violations:
Two FAA inspectors contacted me a couple weeks ago to advise me that their investigation for an airline's duty time violation was complete. They spent the better part of two hours attempting to justify their rationale as to why they were not filing a violation. These inspectors stated that airlines have figured out a "loophole" to the duty time regulations but stopping them was not in their "purview". One inspector even told me that, "All businesses find loopholes," as if that was an excuse.
The Loophole to Safety:
Pilots Commute to Work. This means we live where we want and commute to our base. Pilots take it upon themselves to get the rest they need before they fly. They sign the release stating they are fit for duty.  Commuting is not considered duty time because the airline cannot be responsible if a pilot commutes across town or across the country. Airlines schedule flights out of the pilot's base, and pilots get themselves to their base. If a pilot is scheduled out of another base, then the company deadheads the pilot from their base to that other base.
A Deadhead (DH) is when the company sends a pilot to another airport or base to begin their trip. Airlines who DH pilots pay them for the deadhead, provide positive space, and a hotel. This deadhead is scheduled with the required crew rest prior to their operating flight. Historically, airlines did not give positive space to commuting pilots, until Covid.
The COVID Justification.  Due to Covid, many airlines were giving positive space to commuting pilots due to limited seating. But airline management never does anything simply for the pilots' benefit, and there were underlying reasons.
FAA's Positive Space Interpretation: This Covid related positive space travel has blurred the lines of a DH versus a commute in the eyes of the FAA.  A company is required to positive space a deadheading pilot, but since they now also provide positive space to commuting pilots, the FAA is using this as another pretext to enable airlines to violate duty times.
DH versus Commute Rest Requirements: When a pilot is deadheading, they are on duty and must be scheduled required crew rest. When a pilot is commuting, they are not required scheduled crew rest. However, the FAA inspectors told me that if a pilot "volunteers" for the trip, which would normally be a DH because it's out of base, that the pilot has waived all crew rest requirements, because a volunteer makes it no longer a deadhead but now a commute.
The investigators explained that there is no definition for "commuting" in the FARs. Therefore, the investigators' commuting assertions are subjective opinions to the benefit of the airlines to enable them to avoid scheduling federally regulated required crew rest.
PAID to Waive Crew Rest: Why are pilots waiving crew rest? Because the airlines are paying these pilots double time to fly the trip. I believe this negotiation could be construed as bribery in a court of law based on the following definition:

"Bribery refers to the offering, giving, soliciting, or receiving of any item of value as a means of influencing the actions of an individual holding a public or legal duty."  https://www.law.cornell.edu/wex/bribery

Airlines are unduly influencing the pilots who hold a public duty to provide safe transportation to their passengers. Where is the FAA's public duty? Colgan Air is a perfect example of what happens when pilots are fatigued.

Where is ALPA? ALPA has the duty to represent the pilot with safety as the top priority. Many contracts provide a stipulation for pilots to deviate deadhead. Meaning, they do not have to fly into the assigned base from their base, they can fly from home. This enables the pilot to go direct from home to those out of base assignments. However, those trips are on the schedule and a hotel is provided. It's a win win for all. The pilot is paid for the assigned deadhead leg regardless of whether they deviate or not, and the pilot gets a place to sleep prior to their flight.

Of note, these high paying "voluntary" trips could also be scheduled in a similar manner. The pilot could fly the day prior and use the hotel for crew rest if they chose, or they could deviate per their contract. Instead, airlines, with full support of the FAA and ALPA, are scheduling the same day DH across the country to fly international trips, placing pilots on duty for 20-30 hours or more.

The FAA has determined that volunteering turns a deadhead into a commute and no longer subject to the associated crew rest. Airlines do not want to pay an extra day of double pay and a hotel. My assertion is that if a pilot is placed on the schedule to operate a flight, whether they volunteered or were assigned they have been scheduled. When pilots bid are they not volunteering to fly certain trips? Of course they are.

Unfortunately, ALPA is condoning this workaround at the sacrifice of safety, and at the expense of the pilot who would receive both extra pay and a hotel to ensure rest. The question is why?

Where is The FAA?

In 2016 there were similar duty time violations. Because the airline chose to kill the messenger, the FAA became involved due to an AIR21 investigation. I subsequently wrote a Freedom of Information Act (FOIA) request to learn the results of that investigation. The airline had received a Violation of Order. Now, four years later, the same airline is doing the same thing, as are all the airlines... so says the FAA investigators. This should be of deep concern to everyone. The FAA knows of many acts of pilots falling asleep, and fatigue induced errors, compliments of the thousands of ASAP reports they receive daily. But the fixes are simply not there.
I read an excellent book, Pulling Wings from Butterflies, by Captain Simkins who was terminated for not willing to fly fatigued. I hear far too often that pilots fear calling in fatigued. Therefore, I filed a report on the FAA safety hotline. The 2016 investigation was complete within a month finding a Violation of Order. The current investigation took the agency five months and they determined there was no violation for the exact same situation.
Why Then? Why Not Now?
My final question regarding this issue was: "If there was a violation for this exact issue in 2016, with the same airline, then please tell me... why then, why not now? What is the difference?"
The investigator's response, after a pregnant pause:
"I'm not sure if I should tell you this,
but that file is missing."
The investigators know there was a violation, but there is no file. One of the investigators appeared genuinely concerned for that missing file and he stated it would go in his report. Where is the file? Perhaps in the current FAA administrator's desk. Regardless, I suspect his fingerprints are all over that missing file.
There is one difference between the FAA in
2016 and 2021: The FAA Administrator
It appears that with the current FAA Administrator, decisions are being made to allow airlines to violate regulations. Today's post is just the first of this nature and more will be forthcoming, because I don't know what else to do.
Politics and Aviation Safety do not mix. The day Captain Dickson was selected as the FAA administrator was a huge hit to Aviation Safety. Multiple violations, that I know of, are being swept under the rug. How many more are there?  It takes just one event to cause an accident.
I am bringing this to the public's attention because I am deeply troubled that the FAA is looking the other way, and I realize that I cannot do anything to fix it. I can only create awareness. But why should we wait until an accident occurs to hold the FAA accountable? Didn't we learn lessons from the MAX issue? Apparently not. This is the body that is supposed to serve and protect, and they are looking the other way.
With all this said, there may be hope on the horizon. I still have faith there are people of integrity with ethics, and intelligence that could make a difference. 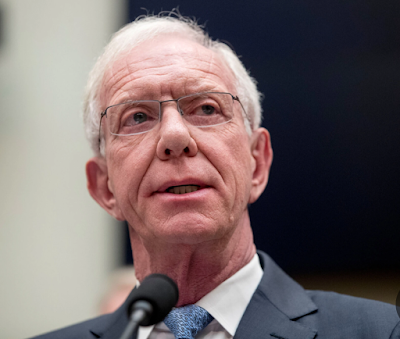 Please join me in congratulating one of those aviators for his much deserved position. Captain Sullenberger is now the Aviation Ambassador. Personally I believe Captain Sullenberger should be the FAA administrator. We can only hope that becomes a reality sooner than later.  Aviation needs an FAA administrator that places public safety first and honors the purpose and intent of federal regulations.
Enjoy the journey!
XO Karlene

Posted by Karlene Petitt at 3:21 PM