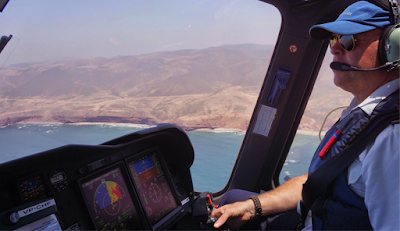 Darcy Hoover has been flying helicopters in the remote corners of the world for the past 32 years. Originally a Canadian bush pilot, he’s flown in over 30 countries, been through riots on three continents, was robbed at the end of two AK47s walking home from a bar in Benin, arrested in Kenya on trumped up charges of flying in mercenaries to overthrow the Government (completely unfounded), charged by elephants and black bears, has flown Princes and Presidents, and has got into far more precarious situations than he should have, with increasing regularity. 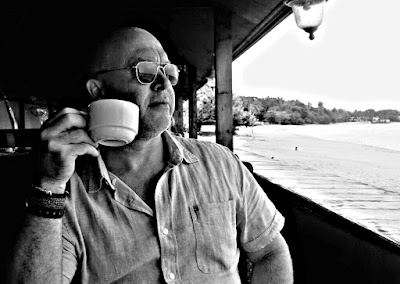 He had a popular running blog of his adventures, but one post was misconstrued by some official in Kazakhstan, so in self-preservation, Darcy pulled the blog entirely and started writing fiction. “The Helicopter Pilot” is his first novel, striving for an Orwellian “Burmese Days” kind of tale, Edward gets way over his head on his first tour to a remote corner of East Africa.
He hopes you enjoy it... I know we all will! 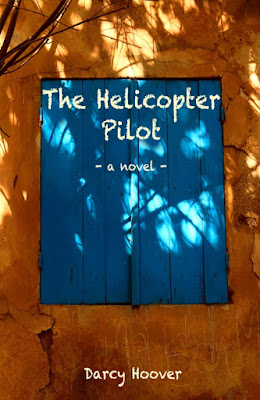 Find
The Helicopter Pilot
on:
AMAZON!