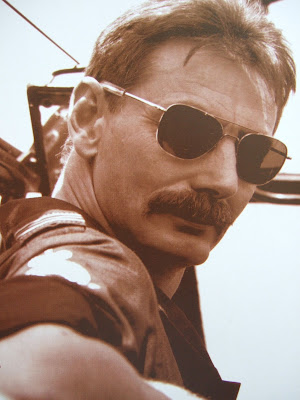 Imagine a little boy who loved airplanes so much that he not only built model aircraft from kits, but when he was eight-years-old he bought his brother, Bob, an airplane ride in a Piper Cherokee for his birthday. That gift to his brother would be Jerry Ward’s first flight—but not his last. 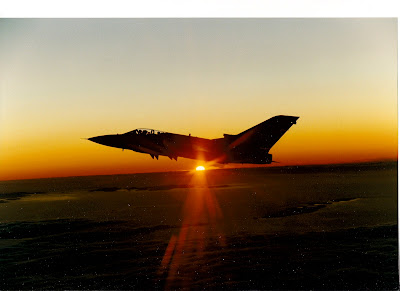 One of his favorite memories was ten years after that first flight when he was able to take Bob and his fiancé, Elaine, for a pleasure flight in a very similar aircraft after he earned his private pilot's license.

Jerry said, “Birthday and Christmas presents were always very easy for me, more aeroplanes! I had my first one with a glow plug engine a Cox Baby Bee when I was 10. Thereafter the aircraft, and engines, got bigger and better, some of them are still in the garage behind me as I write.”
Steve, Tony, Pudsey, Hazel, Jerry 1991

Jerry was destined to be a pilot. He attended Sheffield University, and joined the University Air Squadron, and he says he “spent far too much time flying the Bulldog at RAF Finingley when he should have been studying.” 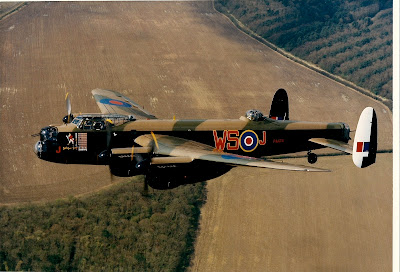 Flying was a huge part of his life—you might say it was his life. Upon graduating, in 1981, he went straight to the Royal Air Force College, Cranwell, to commence his officer training, with the intention of becoming a fighter pilot. 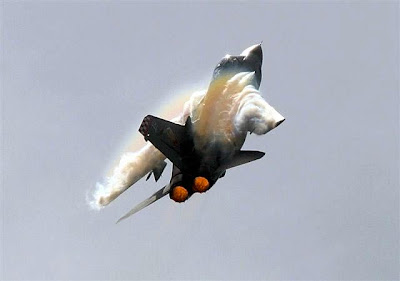 And a fighter pilot he did become. His last operational role in the RAF was flying an F3 Tornado fighter on number 43 fighter Squadron (The Fighting Cocks) during the first Iraq war, Desert Storm, based at Dhahran in Saudi Arabia. And completed nearly 30 combat missions. From then to the end of his career with the RAF he became an instructor on the Tornado and flew the DC3 Dakota and Lancaster with the Battle of Britain Memorial Flight. 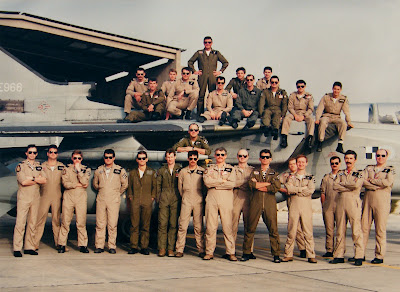 The end of his career in RAF in 1997 was not the end to Jerry’s flying. He joined a holiday tour company, Airtours, and began flying Boeing 757's and 767's. 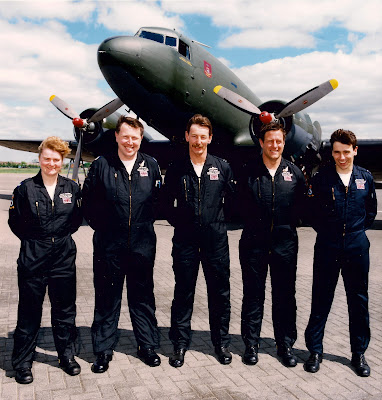 Today Jerry is 54-years’ old, and married to Jane, and together they have two children. Today Jerry no longer flies airplanes.

November is a significant month for so many. For those of us in the U.S., we celebrate Thanks Giving. For Jerry, November signifies the moment that changed his life. The month his wings were clipped.

“I was awake very early, still a little jetlagged having only been in Las Vegas for one day and Cancun for another, so I got up and went for a run while it was still cool, and then to the gym for an hour. I then enjoyed a huge breakfast (not all very healthy) and had a chat with the flight crew from another company who I had met the previous evening and had a couple of beers with. 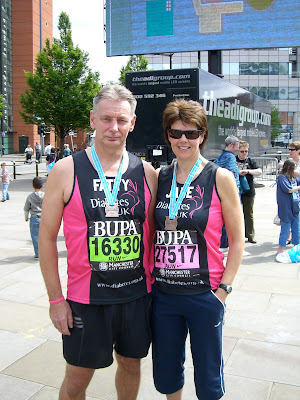 The rest of my crew had only positioned out late the previous day, so were all fairly tired and sleeping in. I was never a great one for sitting by the pool doing nothing, so took the local bus into town to go and look round the markets. Finally meeting up with my crew quite late in the afternoon by the poolside. It was getting close to having a happy hour beer, but before that I fancied a swim in the sea, so told the crew I'd be back in half an hour or so.” 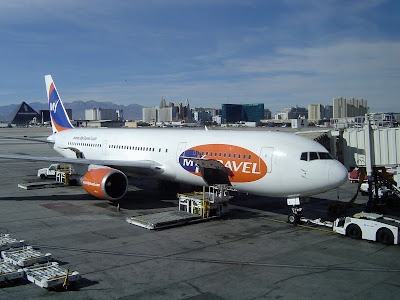 November 2007, Jerry ward suffered a terrible accident while swimming in the sea. A wave hit him from behind and broke his neck. He was laying face down in the sea, when passer-bys pulled him from the water. They resuscitated him on the beach and kept him alive until paramedics arrived. From there, intensive care and a life-support ventilator took over 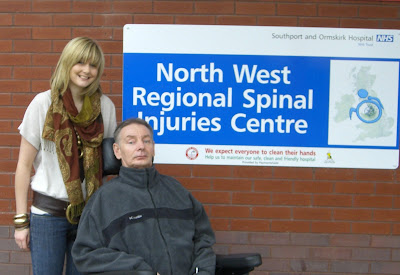 Fresh Air March 2008
Jerry Ward is paralyzed. He was gracious to answer a few questions for me, and I fight tears as I read his answers.

Karlene: Are you able to use his hands to write. The answer was no.

Jerry: “All my dictating, e-mails, letters etc is done with Dragon Naturally Speaking voice recognition software.  I have no ability to use my hands, no feeling or sensation whatsoever below the very top of my shoulders. I can move both my arms a little, my right more than my left, but it is described as "non-functional movement" as I really can't do much with a ‘flappy’ arm, although I do manage to make my arm hit my universal remote control, which helps me to use the telephone, TV and one or two other things.” 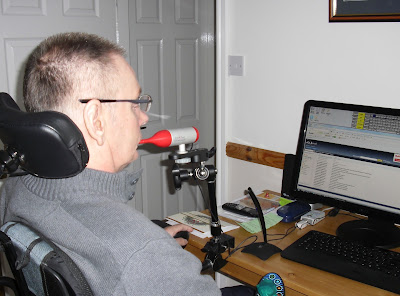 “I guess I've always been fairly restless, never enjoying sitting doing nothing. So even now confined to a wheelchair, I always want to find something to fill my time. Being able to access the computer independently using my assistive technology is an absolute lifesaver.”

Karlene: I cannot imagine going from the dynamic life you lived, to have it all taken away in a flash. Did you ever feel like giving up?

Jerry:   “Many times in the dark days, either still on a ventilator or back in intensive care I wondered whether my family would be better off if I hadn't survived. I knew I was going to be a huge burden with all the care and looking after I would need. Sometimes it was difficult to put those thoughts away and my mood dropped, often making me very emotional and tearful. On one occasion after a serious setback and four months flat on my back staring at the ceiling in intensive care with a pounding headache I asked my consultant for something to end it all. But now, approaching five years after my accident it's much easier.” 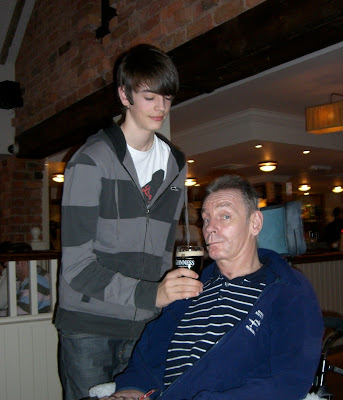 Karlene: Your strength amazes me. Where does your spirit and drive come from?

Jerry: “There is still so much to look forward to, particularly watching my children grow up and starting out in life. Does that drive come from my military background? Not sure? But I'm sure it probably helps. I think my family are born fighters, since my accident two of my three brothers have developed cancer from which fortunately they are both in remission, sadly, my third brother Steve died of a chest infection in Hong Kong two years ago. I also believe a sense of humor (however warped) is incredibly important, and having happy, cheerful people around me, particularly my care givers who are so close to me is hugely important. Having (and needing) 24/7 care it would be horrible not to get along with whoever is with me, in many ways it is more involving than a marriage!” 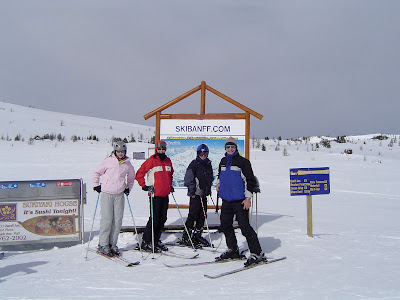 Karlene: When something like this happens, it happens to the entire family. What are the particular challenges and how are you dealing with them?

Jerry: “In many ways, the family and I are still getting used to me being in a wheelchair, despite the physical alterations around the house there are so many other subtle changes. Particularly now that we have to have some sort of a routine to get my day started, it takes 2 care givers a couple of hours to get me washed, dressed and up in my wheelchair. I try not to let my disability (huge) interfere with Jane and the children getting on with their lives, holidays and suchlike. 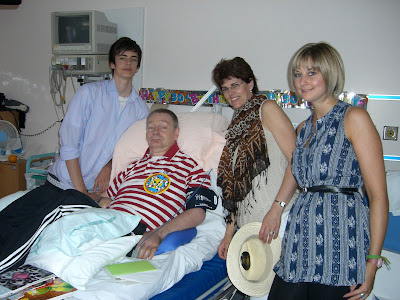 I'm not yet ready to undertake a big trip away from the house for a week or so, as so much equipment is needed to look after me, and in any case the children are now 20 and 22 so wouldn't want to go on holiday with dad and mum! But going out for meals, the shops, the cinema and things like that is now quite straightforward and the children particularly have adapted so well to me following them in the wheelchair. It must have been particularly tough for them at 15 and 17 seeing their father who was always so active, lying motionless, unable to talk, eat or drink with the horrible noise of the ventilator. But one thing in particular I remember so well, when we had a family meeting with the clinical director of the Northwest spinal unit, and Sam asked, "Will dad ever be able to come home?" Not surprisingly, he thought I would be spending the rest of my days in a hospital bed. I was so proud to have him walking next to me as I carried the Olympic flame this summer.” 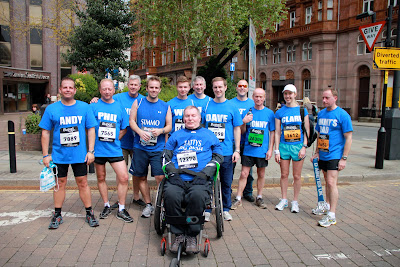 There is so much more to this man and his fighting spirit, that I cannot do justice. Jerry Ward is an amazing man. You can read more by clicking HERE and visiting his website and see what he is doing today. 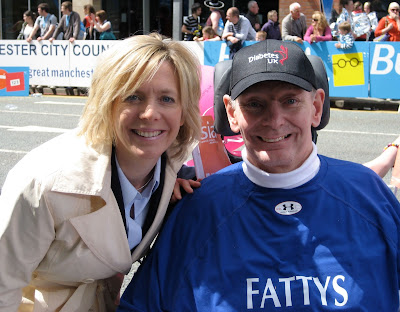 I have to wonder how a family financially survives when something like this happens to the breadwinner. Among other challenges, I know this is a constant struggle. Jerry has a link on his website for his Trust.  Something that a pilot has a difficult time doing—asking for help. 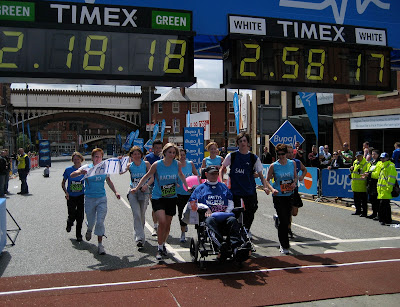 I know Jerry would love to hear from you. It’s the people, and the encouragement they give, that keep us going when days are dark. We are not in this alone in this life, either are you Jerry. Hang in there my friend. Each day will continue to get easier.