Highly automated aircraft are the reality of the airline industry. While I've previously written a post similar to this, the message must be repeated, especially with the highlight of automation in and safety in the news today.


A great concern paralleling this automation is the inbreeding of complacency. 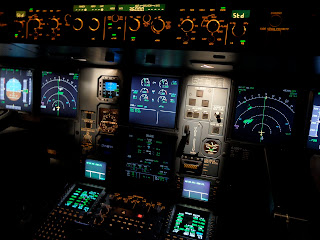 With the advancement of technology, we have moved away from teaching pilots how to fly jets, to teaching them how to program and manage--- stick and rudder skills lapse. Automated airplanes identify and report system failures--- systems knowledge lapses. We fly on the backside of the clock, for 10-12 hours, as our planes navigate across the oceans--- fatigue sets in. We have Computer Data Link Communication (CPDLC) and no longer provide position reports--- boredom sets in.

Unfortunately the magic and high performance of the modern-day aircraft has created many challenges: How to stay alert and involved, and avoid CFIT.

It’s hard to imagine how a pilot could fly an airplane into the ground, but it happens. The mind’s ability to believe what it wants to see overpowers the reality of what is, and when there isn’t time to analyze the difference. Pilots assume their automated plane is going where it’s supposed to go because it’s done the right thing for the previous hundred flights. And we know that the impact of fatigue is equally as bad as drinking.

A Turkish 737 crashes short of the runway in Amsterdam because of a radio altimeter flag. But that accident didn’t occur because of a system failure. The flag was a warning that the pilots failed to acknowledge. The plane responded to a faulty system-- yes. But the lack of crew response-- a 90 second delay of required thrust--- is why that plane crashed. 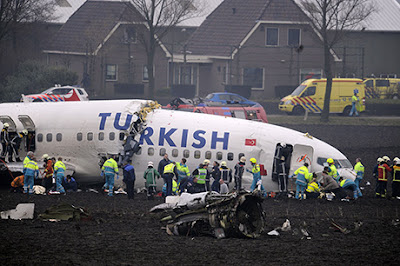 The fight against complacency extends beyond the automation of the aircraft, but also to seat position. I remember when I first started flying jets, how I assumed the captain knew everything-- a misleading assumption, which can extend to any crew member. That old saying, “assume is to make an ass out of u and me” is true. Don’t assume anything, especially in an airplane. That 737 flight above had a check airman in the left seat.

Note: If you have had the opportunity to read Flight For Control you may recognize this accident. While the novel is fiction, as are the actions of the characters, the reality of this crash was not.


The mind will attempt to justify the abnormal.

Don’t assume the plane is doing what it’s supposed to, and don’t assume the guy in the left or right seat knows what he’s doing either. We must trust... but trust “yourself” too... and verify. If something doesn't look right, speak out. 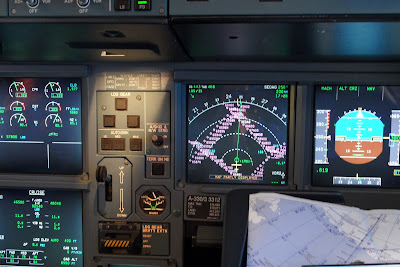 How do we combat complacency?