Johan Farid Kahairuddin… Better known as “JFK” to his fans is Malaysia’s veteran entertainment jack of all trades. JFK is will simply take your breath away as he is an inspiration to all.

From an entertainment angle, JFK started behind the microphone with an R&B group before he moved into music production, while at the same time worked on the radio as a DJ. In 2005 JFK hosted Malaysia’s talent-cum-reality television show on prime time called Mentor. 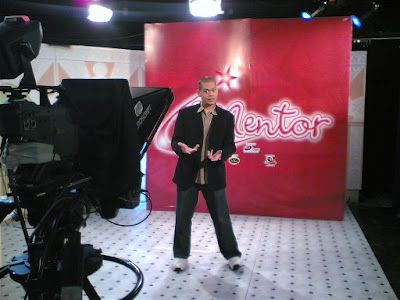 In front of the camera on Mentor
Although he spent more than 10 years behind the microphone and in front of the camera, JFK used his left brain and his MBA and worked full time with Asia's leading satellite broadcaster, Astro, as their head of regional youth cross-platform media projects.

Having successfully built one of the largest cross-platform youth communities in the region, Xfresh, JFK was appointed by the United Nations as Southeast Asia’s youth ambassador in 2008. 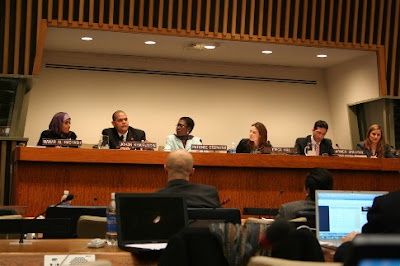 Speaking at United Nations in New York
As an award winning music producer, JFK has also worked with local music superstars producing albums while working on his own music, and music videos. His most recent project before "giving up" his entertainment life was a collaboration in New York with R&B soulstress Shayna Zaid.

While JFK spent most of his time in the media industry hosting shows and concerts in Malaysia, he found getting from one location to another challenging. There were multiple instances where he literally needed to be in two places on the same day with approximately 250 nm in between! And traveling via bus was exhausting as journeyed from one location to yet another for a television shoot…but never arriving fresh.

And then inspiration struck! 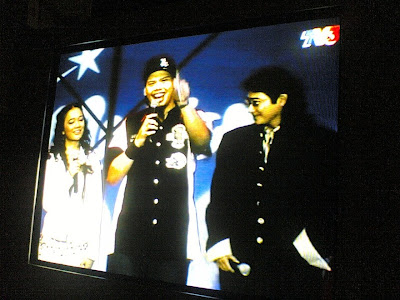 Hosting Malaysia’s talent-cum-reality television show
To solve his traveling dilemma JFK decided to try out his childhood dream, to see if it were possible to stop taking the roads all together. In early 2005 he took to the skies and he was hooked! He earned his private pilot's license within the year, and was soon able to perform back-to-back performances while still feeling fresh! He could do an afternoon show in Johor Bahru, South of Malaysia, and then fly to a concert in Penang, North of Malaysia, to do another on the same day! With the ability to perform 2 shows daily, that pretty much financed his plane in addition to his making a decent income.

By 2006 JFK took his flying hobby public and members of the media have been known to refer to him as the "John Travolta of Malaysia.” Featured on various media channels with his most recent undertaking to the skies, he was invited to give talks at the local schools & universities. 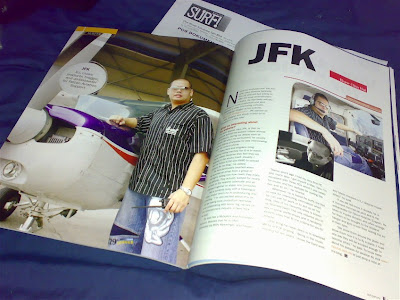 In the Media
JFK always loved working and inspiring the youth, and what a better way to convince the kids to study harder if he, someone who never did well in school and ended up being “only” a radio DJ, could actually fly an airplane! 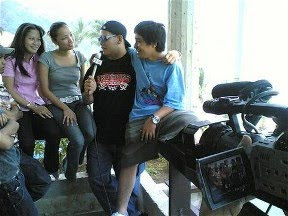 Supporting the kids
Flying a plane was a new angle of inspiration, and JFK used it to motivate the kids. He tells them, "If I can fly a plane, a monkey could do it if he/she put enough effort into working for it!” The kids love him! Of course they find it easy to ask him, someone who they listen to on the radio and watch on TV, questions about science… particularly aviation.

In 2009 JFK decided to give up his high-flier life on the radio and on television, to work full-time on the flight-deck. He gathered whatever money he could find at the time and made his way to Australia to earn his Australian Commercial Pilot's License (CPL) with a Multi-engine Command Instrument Rating (MECIR). 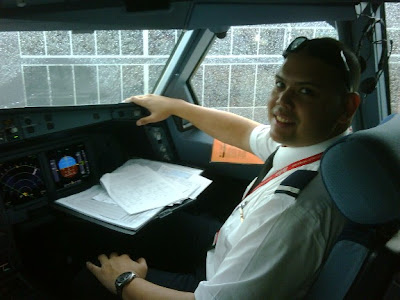 JFK found a New Home
Now back in Malaysia with his CPL+MECIR in hand, he is working at converting his Australian license to a Malaysian license and is expected to be complete this August. In the meantime, to earn some extra money, he is back on the radio with Malaysia's #1 Hit Music Station - hitz.fm and is also a judge on Malaysia's talent show "Got Talent Or Not Chapter 2." And despite this huge time commitment, JFK is still speaking at local schools & universities on aviation, and spending his time hosting youth events. 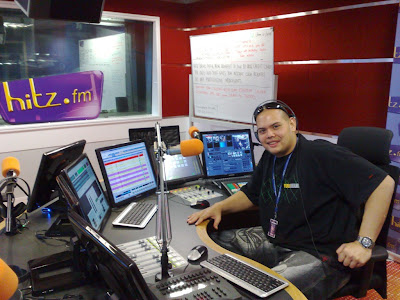 #1 Hit Music Station - hitz.fm
One of his latest projects is to consult and assist in the development of "InfoTech Quest ptd. Ltd" to inspire the youth of Malaysia through aviation. This inspiration-driven project involves mobile flight simulators, actual simulators placed in a bus and driven to the rural areas to showcase to the kids what it’s like to be a pilot. JFK's involvement extends to development of these flight-training modules which will be rolled out with the help of Malaysian Government Listed Companies, the Ministry of Education and the Royal Malaysian Air Force.

Although JFK works around the clock his studies are still priority and he spends most of his time with his books or the Flight Simulator X to maintain IR currency! If all goes well, and as planned, JFK should be joining the world's best low cost carrier - AirAsia before the end of the year. 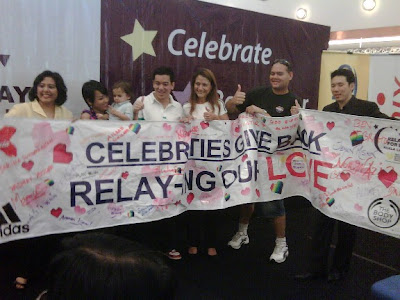 Malaysia’s Celebrities walking for Cancer
JFK's vision is to see more young people inspired to study & work harder at achieving their goals and proving that anything is possible if you put your mind to it, and “work really god damn hard to make it happen!” 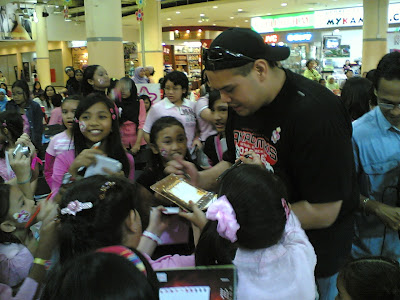 JFK and His Fans
For more details on the incredible JFK please visit www.jfkcv.com

Please share your comments with a wonderful man, JFK, and thank him for making a difference in the world.

JFK, I know you will achieve your latest quest with AirAsia, and they will be very fortunate to have you as part of their team. I also suspect there will be more horizons for you to follow. You’ve given so much to the children, your career, and life…Thank you!
Posted by Karlene Petitt at 7:54 AM