Guilty Because We Say So!

"Getting a false positive made me live the life of
Andy Dufrane in Shawshank Redemption...
I never thought the storm would last so long...”
Captain Mike Danford
There was a time when pilots flew under the influence. But those days are gone, except for the isolated case of indiscretion on a layover that is captured before departure. There is always that isolated case where a pilot cannot avoid drinking and pushes the limit. But those cases are few and far between and not a current issue. Pilots simply do not show up to work under the influence in today's world. 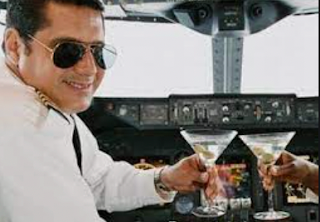 In response to drinking in the 70's came the HIMS program. HIMS stands for Human Intervention Motivation study, which was conducted in the 1970’s to determine the need for a "specialized alcohol recovery program for professional pilots." However, in the 70's pilots smoked in the cockpit, exercise meant carrying their flight bag, and eating right was a fresh donut with a cold cup of coffee. They played hard. A 50-year-old pilot looked like he was 80. Today, smoking is virtually non-existent, pilots exercise, eat right. and don't drink and fly. We hang out in the gym instead of the bars. 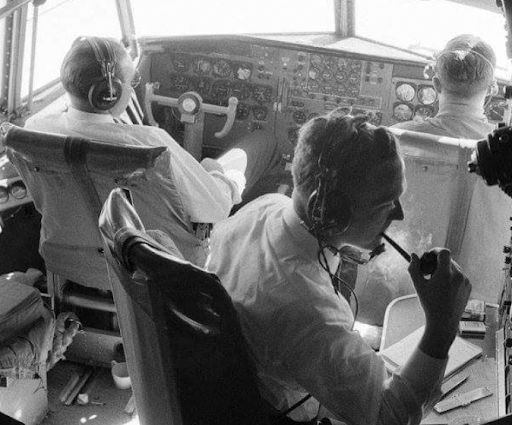 Due to necessity in 1974 the National Institute for Alcohol Abuse and Alcoholism (NIAAA) funded the HIMS program.. Grants from the FAA were also awarded to Air Line Pilots Association (ALPA) for continuation of the program. The HIMS program subsequently became a profit center.  A profit center that ran out of pilots who needed help, and now they grab all they can. Perhaps the reason they knowingly allow an alcohol test that produces false positives.
The program itself is important for those who need it. But clearly we are not living in the 1970s. The unfortunate situation is that airline management is now using this program to control pilots. You do not need to be an alcoholic to be in this program. You may have had your first drink in your life, and received a DUI, at the lowest level, and you, too, could be in the program. When in this program you will have to admit you are an alcoholic, versus maybe you simply made a bad judgment call, or you will be terminated.
Technically, do you have to go into the program? Absolutely not. You could do this on your own. The FAA requires:
The problem is two parts:  ALPA says you have to go, and the lure is that the company will pay for it.
How does the company control pilots in this program? If you call in fatigued, they could assert you are an alcoholic and must have been drinking. If you call in sick, they could assert it's your drinking that's the problem. If pilots were afraid to report safety before, they certainly won't report safety knowing that it could be the end of their career being accused of drinking when they have not. How is that possible?
The program requires random alcohol tests.
But all tests are not created equal.
If a pilot joins the "ALPA/Company" program, the pilot signs a contract asserting they will never drink again. However, the contract is worded in such a manner that asserts the pilot will not receive a "positive test" for alcohol or drugs. The problem thereafter is that ALPA and the FAA are allowing airline management to use the Dried Blood Spot PEth (DBS) test that is not FDA approved and has proven to have produced thousands of false positives and as a result destroying lives.
Pilots are losing their careers because of these false positive tests, when they did not drink. Even when the FAA returns the pilot's license and deems them fit to fly, the airline has the right to terminate the pilot. Worse yet, the alcohol programs these pilots are sent to, are managed and run by airline management. Pilot managers with no experience regarding alcohol and substance abuse treatment, and may be abusers themselves, sit on the board of directors of these facilities. The best way to control the outcome. They listen to the pilot's most intimate secrets during meetings. They use this information as they see fit. Nothing is confidential.
"All Alcoholics and Addicts are Liars!"
So says manaement.
Managers, overseeing pilots in the HIMS program, and chief pilots alike, believe that if you are an alcoholic then you are a liar. This may not be a global belief by all managers, but this statement has been voiced to many pilots in the program. It could be argued that these very managers with their limited knowledge and archaic thinking could be a contributing factor to the suicide rate within the program.
Could you imagine receiving a false positive from a DBS PEth test, but then you take subsequent tests that prove the PEth was false, yet the logic of why management refuses to read the data and look at the facts is because it's of their opinion that "all alcoholics are liars"?  I personally know that statement to be false. I also know a Senior Vice President at an airline that perjured himself in court on multiple accounts, and he was promoted to a CEO.
Hand Sanitizer Causes False Positives!
So Says Michelle Gable, owner of Choice Labs
Michele Gable, owner of Choice labs has admitted that she obtained a false positive from use of hand sanitizer with a Dried Spot Blood PEth test. She owns the labs that are producing these false positive tests. She also asserted that she and others drank and received a false negative. It's hard to believe that with this knowledge, these tests are even allowed.
Where is ALPA?
What can be done to help falsely charged pilots? The answer is that ALPA must revamp the program and rewrite the contract to eliminate the "testing positive" language. Either the pilot drank or they did not. If a false positive can be proven false, then that should stand.
ALPA must prohibit the PEth test. There are many other methods of determining if a pilot drank. The question is why is this still ongoing? 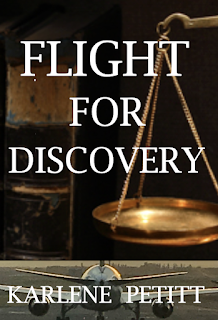 Among the many plot points in Flight For Discovery is the frightening truth of how Global Air Lines management goes to no length to silence a female pilot, via the HIMS program, to prevent her from connecting with Darby. However, when the HIMS Chairman is about to come forward and tell Darby and her attorney everything, the worst happens. The events are inspired by a true story, where truth is scarier than fiction.
For now, someone must do something about the PEth test. It's time to say no more. This is a good place to start if you want to learn more: Dried Blood Spot PEth
Write to your local ALPA representatives, the FAA, your congressmen, and ask them to prohibit the use of the Dry Spot PEth Blood Test. Write to the National President ALPA President, Joe DePete, at Joe.DePete@alpa.org and request that he prohibit the PEth test.
Enjoy the Journey!
XOX Karlene