Knowledge: The Path to Safety 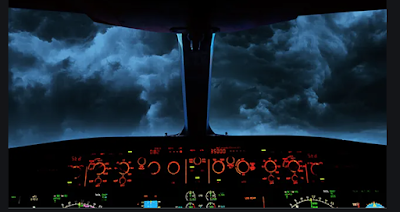 Many years ago both my captain and I were new to the Airbus A330 and were flying into Shanghai. We were displaced Boeing pilots in an environment where feet was converted into meters and unfortunately nobody spoke English over the radio. The night was late and fatigue tugged at our your eyelids. Dozens of planes freckled the Nav Display (ND), and we could hear pilots talking to ATC but we had no idea of the ongoing clearances. Targets were buzzing around our aircraft like a swarm of bees.
I was the pilot flying. ATC descended us to 600 meters. A quick check—2000 feet. We were issued an intercept heading that was well inside of the final approach fix, which was 2900 feet. Unbeknownst to me  my captain decided to help me by clearing the PPOS. (Present Position). Timing is everything.
Before I could yell "stop", and quicker than the glide-slope could capture, bells screamed, lights flashed, the autopilot disengaged and my instant thought was— is the missed approach still in the box? During the moment of chaos the glide-slope dropped below us. I had to make a decision. Go around not knowing if we still had a programed missed approach and fly into an environment with too many planes and no knowledge of what they were doing? Or should I try to save the approach in which we were now high?
What was the safest course of action
based upon the situation?
Thankfully all those thoughts happened at once because there was no time to reflect on each concern and project the choices into the future. The green line on my map, that had been pointing to the runway, was also gone.  The only green line remaining was in front of our plane but jetting off to the left. Decision time.
After the autopilot disconnected, I had immediately re-engaged it to assist while I assessed the situation. I knew precisely where I was, made an instant decision, and used vertical speed to fly down and re-capture the glide-slope.
I said, as I confirmed with my instruments, "Course locked on, glide-slope captured, auto-thrust is engage, and our decision altitude is…" It was gone. But I remembered and said, “213 feet.” The captain had reinserted the approach quickly, but not the minimums.
Within seconds runway lights reached out through the fog. There were no automatic call-outs. The captain stated, “Runway in sight," and I glanced at the altimeter—300 feet. I disconnected the autopilot and landed.
Before we ever exited the runway, the captain said, "Why'd it do that?"
What went wrong with this approach?
What can we learn from it? Was this an Airbus issue? ATC issue? A lack of understanding issue? Procedural issue? Share your thoughts, and on Monday I'll provide the explanation that I shared with the captain over a cold beer that night.
Enjoy the Journey!
XO Karlene

Posted by Karlene Petitt at 1:18 PM