The FAA Breaks Another Link in the Safety Chain 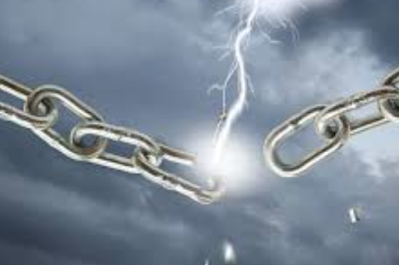 On June 26th I shared with you a disheartening post: Safety Chain Broken. The FAA Breaks the Safety Chain.  The FAA has knowledge of and is looking the other way when airlines deadhead pilots out of base and across the country to fly an International trip without the required crew rest. Sometimes these pilots are on duty for well over 30 hours. The FAA knows they are doing this and is condoning the behavior. Strike One.
Strike Two: The FAA has knowledge of and is allowing airlines to avoid the FAA mandated SMS training. If you work for an airline and don't know what SMS is, you are not alone. The following question and answer is public record from a captain/ check airman of an international airline.
Question:  "Have you ever discussed SMS with other pilots at (your airline)?"
Answer: "Well a little bit. Usually when I say SMS they say, What is that? Is that part of the airplane?"
SMS
On January 7, 2015, FAA Administrator Michael Huerta described SMS as "an organization-wide approach to mitigating risk in airline operations." Huerta also issued the final regulation that required most U.S. passenger and cargo airlines to implement a safety management system (SMS) as of January 2018. Perhaps if we were able to speak to Mr. Huerta, we could query him on his intent of risk mitigation regarding SMS and the necessity of a reporting culture. Perhaps we could ask him why training became a component of SMS but is now being denied. However, despite numerous attempts to speak to Mr. Huerta and convey concerns or ask him questions, he remains unapproachable. Rumor has it that he rolled out of the FAA's bed and into a cushy Board of Director's position at an international airline. 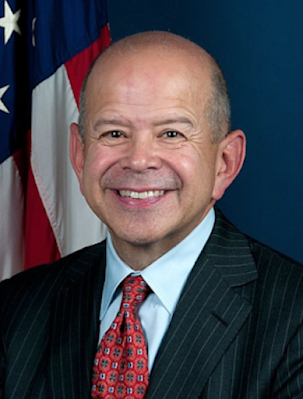 Michael Huerta
Prior to explaining how the FAA allows airlines to avoid a specific component of SMS, it becomes important to understand SMS. The four components are identified below: 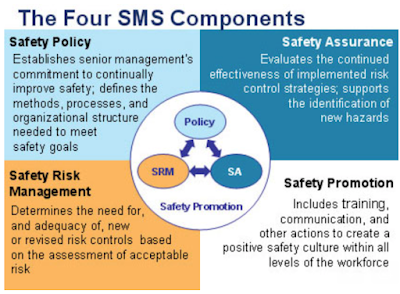 The foundation of any SMS
is a positive safety culture
Safety Culture
A lack of accidents does not indicate safety when an airline has over 25,000 ASAP reports and far too many near catastrophic accidents.  Safety is more than a great marketing strategy. A safe airline will have a strong safety culture.  Safety culture is the essence of how the organization operates and is identified by five critical sub-components to include a reporting culture, a just culture, a flexible culture, an informed culture, and a learning culture. You can read more on Safety Culture here: A Brief Update on Safety Culture.  However, because learning and information are key components of a safety culture, the failure to train or even communicate SMS to the employee group identifies something other than a positive safety culture.
Airlines are allowed to create their own SMS, but the FAA must approve the program to ensure it meets the requirements under the SMS Advisory Circular:
SMS Advisory Circular AC No: 120-92B
Under the Safety Promotion Quadrant airlines are required to train employees on SMS and ensure they are competent.
Safety Promotion
"A combination of training and communication of safety information to support the implementation and operation of an SMS in an organization."
3-6. SUBPART E: SAFETY PROMOTION.
(5) Part 5 Requirements.

§ 5.91 Competencies and training. The certificate holder must provide training to each individual identified in § 5.23 to ensure the individuals attain and maintain the competencies necessary to perform their duties relevant to the operation and performance of the SMS.

(6) Discussion. "Your organization will need to train its employees."

"By training your employees, you should establish competencies for all employees, commensurate with their duties relevant to the operation and performance of the SMS."

If an employee does not  know what SMS is,
how can an airline meet compliance?
FAA APPROVAL
Over a month ago I spoke with two FAA investigators at the end of yet another investigation, as they attempted to justify why some airlines are not required to follow the SMS required training. Apparently, if the POI approves something else in its place, then that satisfies the SMS training requirement. Unfortunately an airline, where pilots think SMS is an acronym for part of the airplane, has received approval for their ASAP training in lieu of SMS training. Yet, how pilots are trained for ASAP is another mystery, as I've been told it's a learn by doing process. The investigators assert that airlines are allowed to use whatever training they desire if it's been approved by their POI.
The POI, Principal Operations Inspector, is an FAA assigned employee working with an airline. One can assume that when an FAA administrator slides so easily into lucrative Board of Directors position after exiting the FAA or airline executives are placed into high-level FAA positions, that prior negotiations may have taken place. Why else would the FAA overlook airline violations?
ASAP versus Reporting Culture.
While an ASAP can be included in an airline's SMS, ASAP is not an SMS. Even if pilots were trained how to fill out the ASAP form, this would not comply with the SMS Advisory Circular. If a child is taught how to extend the flaps on an aircraft, this does not mean that she understands aerodynamics or has the knowledge to fly the aircraft. The intent of the training portion of this regulation is to educate pilots to understand SMS and how it applies to their operations to mitigate risk and improve safety.
SMS enables employees to identify problems beyond their own errors, but also to mitigate risk within their environment. If an employee has a safety concern, for example their company is deadheading pilots across the country without required crew rest or management is telling pilots to not call in fatigued because fatigue is the other "F word" the employee should know where and how to report that event and be able to do so without retaliation. Nobody should be deemed crazy because they report safety concerns. SMS says so. Therefore, by not training employees on the required components of SMS, airlines keep them in fear and no reporting is done. Simply because a pilot files an ASAP report because they misheard a frequency change, does not mean that the organization is promoting safety if the employee has no knowledge of what an SMS entails.
To learn the distinct difference between a Reporting Culture required in an SMS versus ASAP please visit the post: Reporting Culture, A Key Element of Safety Culture.
FAA Flawed Thinking
The decision to approve an airline to use their ASAP training program in lieu of SMS training, because the POI says it's similar to SMS, is nothing short of airline management being given a pilots license by the POI because they learned how to fly a kite. Pilots need to be trained to earn that license. SMS is no different. 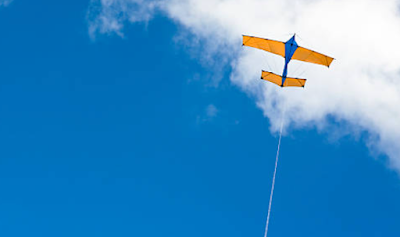 I will leave you with this final thought. If SMS is a risk mitigation tool, and the FAA knows that airlines are creating loopholes and placing pilots on duty for longer than 30 hours without required crew rest, and they do nothing, could it not be argued that the FAA is not complying with their very own SMS program that was designed to mitigate risk? Perhaps the FAA was not trained on SMS, because they were approved to take a basket weaving class instead because of the similarity.
Enjoy the Journey!
XOX Karlene

Posted by Karlene Petitt at 7:56 AM