Warning to All Pilots

Avoid HIMS if you can


If you are a pilot who drinks alcohol,
you could lose your career
by the very program that is supposed to help you! 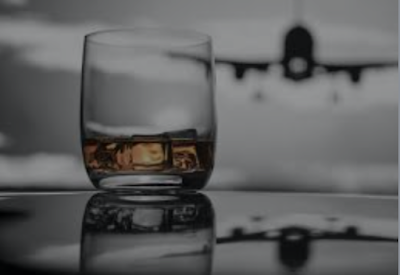 HIMS is Human Intervention Motivation Study that began in 1973. This program patterns itself after AA, and I am certain is beneficial for many pilots similar to Lyle Prouse who flew drunk and want to return to the flight deck. If you don't have the ability to show up sober to work, HIMS would be your best option.

For everyone else.... my opinion...
run like hell to avoid the HIMS program at all cost.

If you are a pilot who enjoys an occasional drink,
you must read The HIMS Nightmare 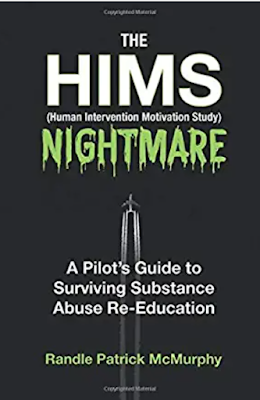 You might find the events in this book so shocking,
that you will find them hard to believe,
unless you know somebody in the program.
I know many, and this unjust control of pilots' lives
is scarier than you can imagine!

Do not think that the nightmare could not happen to you. I know a Captain who had a glass of wine at lunch with his wife. He was pulled over for a random traffic issue and received a DUI. But, an extremely low level. He reported this to his AME (Aviation Medical Examiner). Got his physical. And all was good. Until the following year, a doctor at AMAS (ALPA's aeromedical) incorrectly told him he need to get a psychiatric evaluation. That lead him to Dr. Altman who subjected him to HIMS program, and he ultimately retired because of the very nightmare the author writes of in The HIMS Nightmare.  Note: Dr. Altman is facing prosecution in the state of Illinois, yet they are allowing him to continue to work while the legal system drags on.

The author's experience is authentic. I know a half dozen pilots at  multiple airlines that have had similar experiences. Some have lost their jobs because they voiced their opinion for the religious aspect, voiced violations of ADA, or reported being sexually harassed by the very people who manage the program.

What is not in this book, but very real, is the HIMS program (at one airline at least) allows managers of the program, who are all addicts themselves, to sexually harass the women, and these women have no recourse. Because, these addict managers call everyone liars. These women have reached out to HR to no avail. This month alone, one woman was terminated two weeks after reporting gender discrimination and the other was forced into in-patient treatment because she made multiple complaints, wrote to management, and even wrote the CEO, begging to not have to work with her harassers. Nobody helped.

If you are in HIMS,
you are a hostage without rights.

Pilots are forced to work with doctors of management's choice. Which, Dr. Altman on one occasion locked a female pilot in his office for six hours, alone with him, without a break, and asked questions about her expressing her milk to feed her babies. When this pilot reported his inappropriateness to ALPA, they did nothing. She was forced to return.

The pilots I spoke to have proof that they did not drink, but that doesn't matter. They are terminated, sent back as in-patients, or forced to resign. How can management get away with this? Read the book, because it could happen to you. One pilot was told she would be there for 28 days, and they retained her for 5 months away from her children.

How do you know a pilot didn't drink?

The alcohol test that has become the test of choice to control pilots is the Dried Blood Spot (DBS)  PEth (phosphatidylethanol) test. This test is NOT FDA approved. The doctor who invented the PEth  test advocates that this should not be used as the only source, as there is too much unreliability. Management uses it because the high rate of false positives and ability to rid itself of pilots they simply don't want.

Why is ALPA allowing it?

Blood is drawn in strip mall by minimum wage employees that have little or no training. There are a dozens of reasons a false positive could occur from hand sanitizer, process of drawing the blood, the facility, the clerk, packaging, not drying it properly before mailing the sample to the lab and much more. Therefore the pilots who know they did not drink will obtain secondary tests, to include fingernail and hair tests. When those are negative, everyone knows the truth. Unfortunately ALPA managers of the program and airline management don't care if the test was false. The company will seek discipline regardless.

Furthermore, there is a litigation package that could assist to identify why the test was in error and determine validity of the false positive. But, the airlines own this data and they refuse to give it to the pilots. Well, some of the guys they give it to, but others they don't.

Captain McMurphy's words are not only authentic, but this book is superbly written. And... filled with references that you might need one day. You want to read this before you get snatched in the trap. Share with everyone you know.

If you need help, please get it.
There are other options than HIMS,
and are listed in the book.

You'll read many HIMS slogans in the book, as they love to use them in the program. My favorite is something that could rightfully be told to ALPA and the FAA alike about the HIMS program itself.

"The only thing you have to change is everything!"

GET YOUR COPY TODAY!