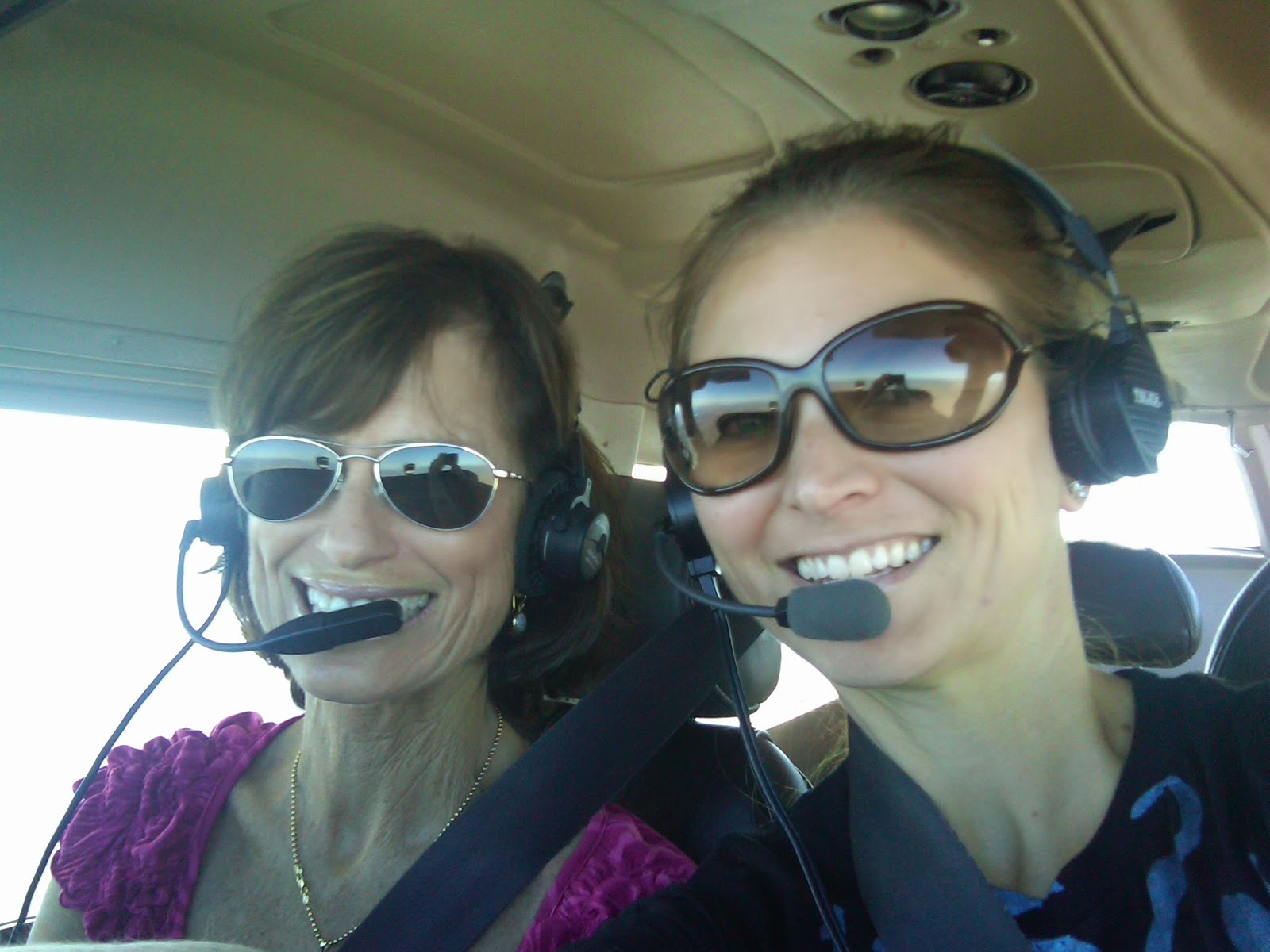 I was introduced to Vicki through a mutual friend, Captain Nancy Wendel, and so glad she connected us. Nancy introduces me to the greatest people. Vicki has been there, done that and now she is helping others achieve their dreams. If you want a job as an airline pilot, this is one woman you will want to meet. She will get you ready for that interview.

"Like many pilots I was exposed to aviation inadvertently by my parents who took us on a small plane ride when I was 10 years old. It wasn’t until 1972, though, that I discovered the Aviation program at ASU and got my licenses through a CFI by 1974.


My husband and I bought a C 182 and I enjoyed flying recreationally while working on a masters degree in Social work. It wasn’t until I had my first child in 1980 that I again started to think about aviation professionally. I flight instructed when they were infants and did some corporate flying in King Airs until being hired at Stateswest, a regional, in 1988. I upgraded on the 1900 in 5 months and was then hired by Southwest in 1992. I was able to upgrade in Phoenix (home base) in 96 and retired in 2012.

I had a spectacular career but still my greatest achievement is managing that while staying married to the same man for 40 years and raising three amazing successful kids! As every flying mom knows, that isn’t easy!

I was a member of the interview team for 17 years at Southwest and participated in hiring pilots while flying as a line pilot. I also was a frequent volunteer for the “adopt a pilot” program, the new hire mentor program and the prospective pilot mentor program. I’ve been a member of ISA, WIA, and the 99s for many many years. I volunteered several years for the PPLI (professional pilot leadership program) program through the 99’s and I serve on the ASU industrial advisory board.


In 2004 my daughter sold an oldsmobile to a group of dutch student pilots learning to fly in Arizona and we got to know them so well with dinners and events that when they finished the program in Arizona they sent a group from the next class who we got to know as well. Things have changed over the years, of course, but we continue the tradition to this day, more than 10 years later! Those first students now visit on long layovers as KLM pilots.

I’ve kept my CFI current and the most rewarding aspect of that was to sign off my daughter for several of her ratings. She just finished two years flying freight out of Milwaukee and just got hired at a regional airline. My husband is a private pilot, of course!


Ace Interview Prep is my business helping to prepare pilots for the next phase of their careers. It’s a great fit for my love of mentoring and my love of helping pilots to plan a strategy for their next step. I work with pilots in every phase from ASU students deciding if they want an airline career to pilots interviewing for the majors. I think it is helpful that I have sat on all sides of the table. I have been interviewed. I have done the interviews. I’m a pilot so I know what happens in the cockpit and on the line .

One of the things I really encourage people starting out in the field is to deal with conflicts and difficult issues professionally from the beginning. If they can discipline themselves to manage conflict early, to deal with mistakes (which we all make) professionally, it will make the rest of their careers so much easier."


NOTE: Imagine my surprise when I opened the photos for this post, and saw a friend I had lost contact with over twenty years ago. So I emailed Vicki and she said, "Nancy and I go way back. We flew together and now play tennis together and I watch her daughter in tournaments. Jan's father gave me my first lesson in 1968! Her mother went to college with my mother. That is how I got that first flight when I was ten. Now she is a SWA captain. Small world. Sarah is a flight attendant for SWA with her commercial working on CFI."

"I love this business. I have picked guys (and gals) up at the airport, worked with them for several hours, and taken them back to catch a flight home. I have met people in California while on vacation. I am available to my clients by phone up until the interview itself. I just helped a young man with his Skywest interview. It was so much fun. He is so excited to have been offered a job. It’s the same level of satisfaction for me, no matter what the pay or equipment etc."