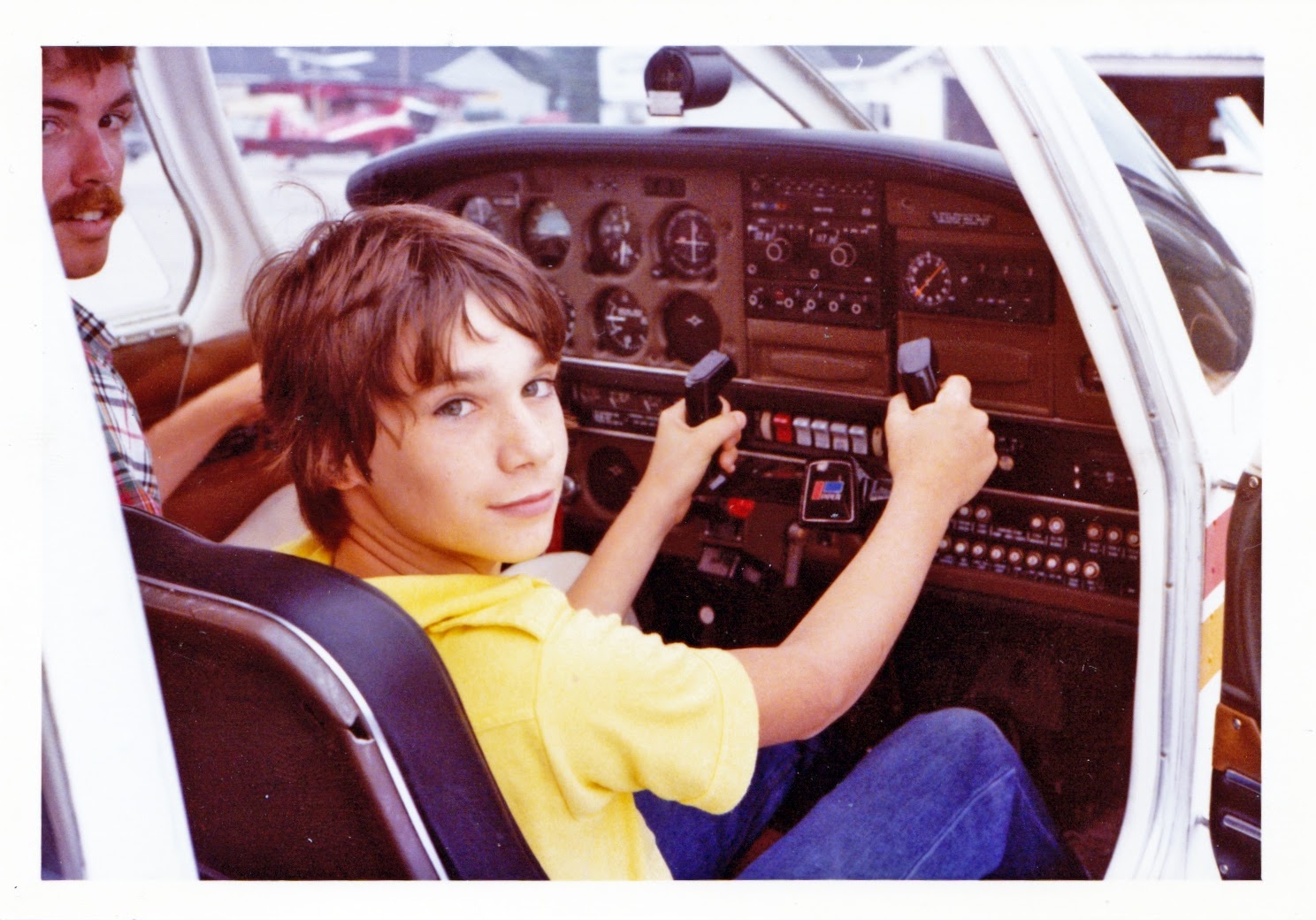 Patrick Smith
1980
"I don't remember when, exactly, I first became enamored of airplanes. All I know for sure is that I was very young. In grade school I would stand on the back porch of my grandfather's house, in the Beachmont section of Revere, just north of Boston, watching the jets coming into Logan, logging the aircraft types and tail numbers. In the fifth grade I could tell you the difference between a 727-100 and a 727-200.

And it was never just about airplanes or the act of flying. I love to fly, but it's the workings of the airlines -- the fuller, grander theater of commercial air travel in whole -- that has always enthralled me. As a kid, nothing bored me more than standing at an air show and watching the Thunderbirds or the Blue Angels do barrel rolls. Instead, I would sit up at night with colored pencils, sketching the logos and liveries of the world's great airlines, studying their timetables and route maps, memorizing the cities they flew to.
This, in turn, turned me on to a love geography and travel. Later in life I went and visited places like Botswana and Cambodia and Sri Lanka, and while it might seem strange, it was my love of aviation that inspired this love of travel, and not the other way around. As I came to see it, the thrill of airplanes isn't just about flying, it's about where you're flying to. 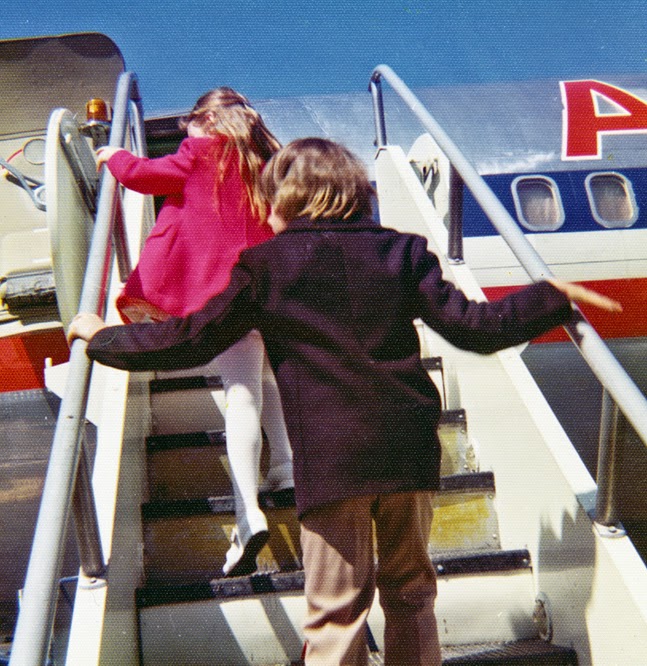 Patrick and his sister on their first flight 1974
It's funny, because although I recall very little about my first flying lesson, I recall almost everything about my first ride on a jetliner. It was in April, 1974. The plane was an American Airlines 727. The photo below, snapped by my mother, shows my sister and I walking up the stairs to that plane. This was my first airplane ride of any kind. I remember the views of the Potomac and the National Cathedral; I remember the sandwiches they served, and the double helping of cheesecake for dessert (imagine that, on a 70-minute domestic flight!).

I look flying lessons as teenager, building up hours slowly and steadily -- unsteadily is more like it; family finances meant I had to start and stop several times -- before earning my private pilot's license in 1985, when I was nineteen.

My first commercial job came in 1990, when I was hired as copilot on an old fifteen-seat turboprop, making less than a thousand dollars a month. Low wages were something I'd be well acquainted for a long, long time. Pilots are pros when it comes to suffering for their art, that's for sure. I flew regional planes, then cargo jets, then finally passenger jets. Nowadays I'm a first officer on the 757 and 767 aircraft, flying both domestically and overseas. I make a good living, but it took a very long time. 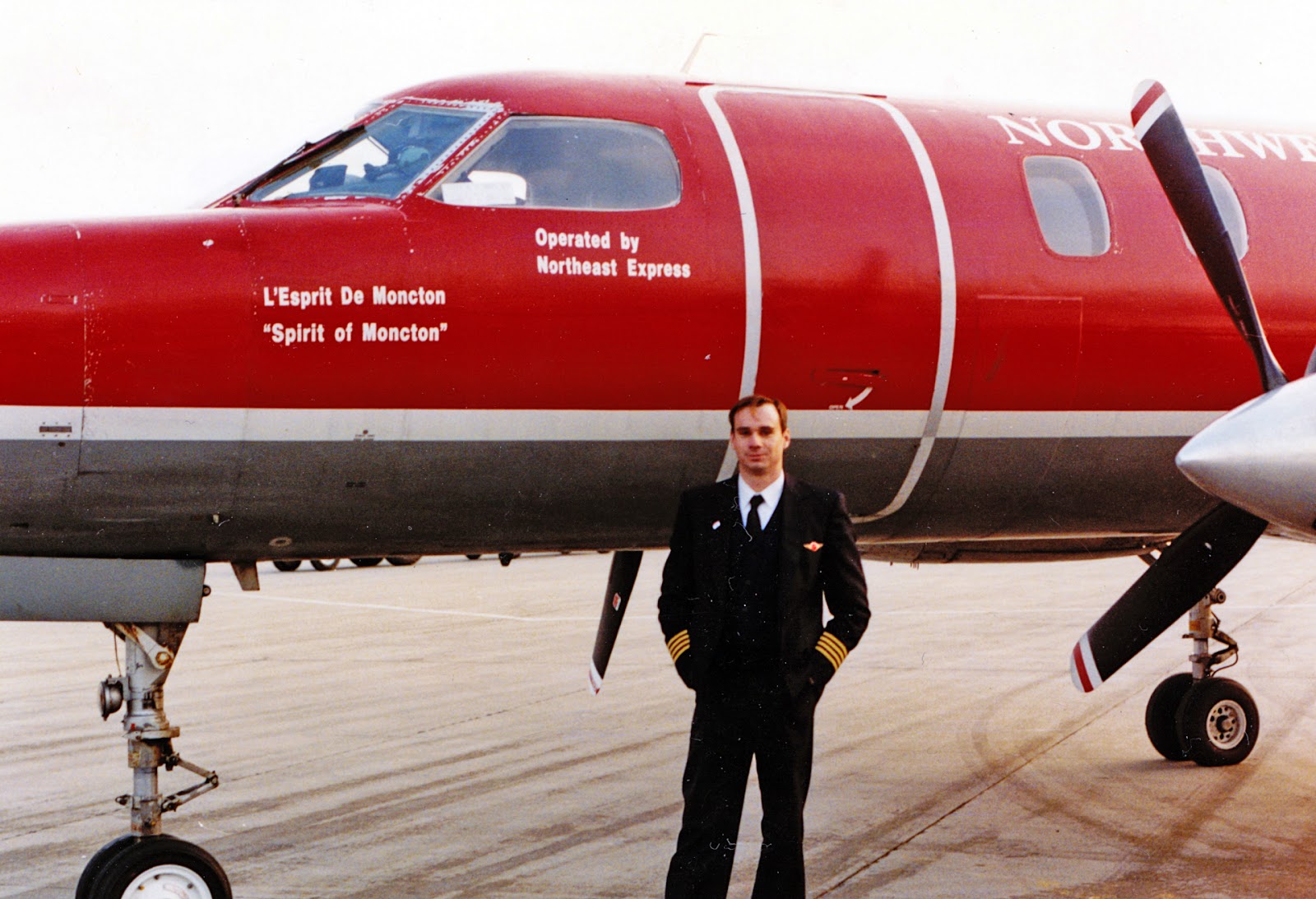 Similarly, the writing thing goes back quite a ways. Writing is something I'd always tinkered around with, strictly as a hobby, dating back to my teens and twenties. In the early and mid '80s I was big into punk rock, and at one I point I was the cowriter of a local "fanzine," as we used to call such endeavors -- a hand-stapled magazine full of album reviews, band interviews and the like (circulation 200). It was pretty amateur stuff, but if nothing else it kept my creative side engaged. Later I wrote occasional music reviews for the Boston Globe, and self-published an embarrassingly bad "literary" magazine full of awful prose and poetry (mine, I mean).

I never took writing all that seriously until 2001, when I was laid-off from the airlines after the 9/11 terror attacks. Poverty and desperation can be surprisingly influential. I suddenly had no income and needed to so something. What the heck, I thought: Here I had a lifetime's worth of knowledge about the flying business, together with a compulsion for writing. Meanwhile, never before had airplanes and the airlines been more front-and-center in the public consciousness. I hate to sound like a war profiteer, but it was a perfect storm of opportunity, in a lot of ways. The sobering challenges of unemployment combined with the public’s relentless focus on air travel compelled me to give it a try. 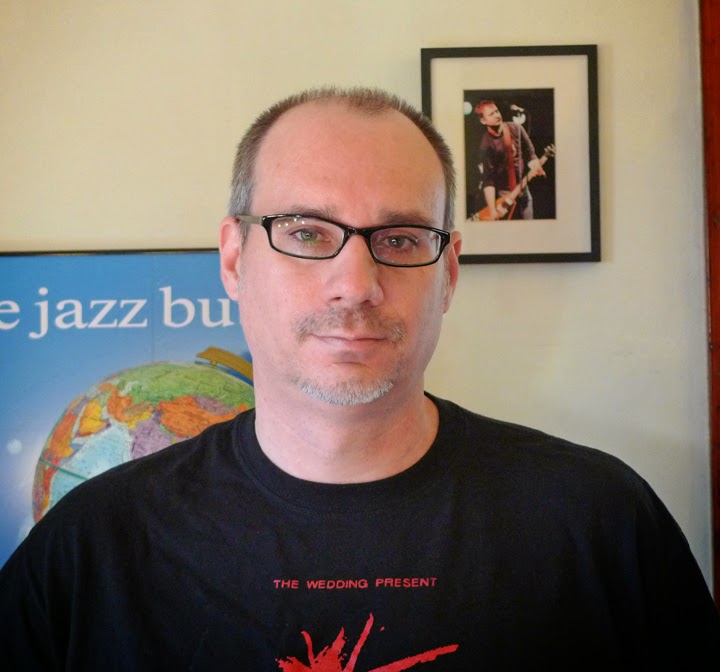 And it worked. In November, 2001, I sold my first article -- a ranting critique of airport security -- to the website Salon.com. By the following summer I was writing a weekly column there, which one of the editors titled "Ask the Pilot." The column was immediately popular and remained a fixture on the site for ten years. Eventually I moved the entire enterprise over to my home page, www.askthepilot.com.

My book, Cockpit Confidential, was published last year and recently made the New York Times bestseller list. It's an outgrowth of the column and my website. It features the best of the online material, updated and expanded, together with lots of new material too.

Each year a billion passengers fly aboard the largest U.S. carriers alone. Fair to say each one of them has a question, a complaint, or a lingering fear in the back of his or her mind. Meanwhile, commercial air travel is such a misunderstood realm, even for people who fly all the time. There are so many myths, urban legends, and just so much bad information out there. So much of what people think they know about flying is wrong. That, more than anything else, is the impetus behind my writing. 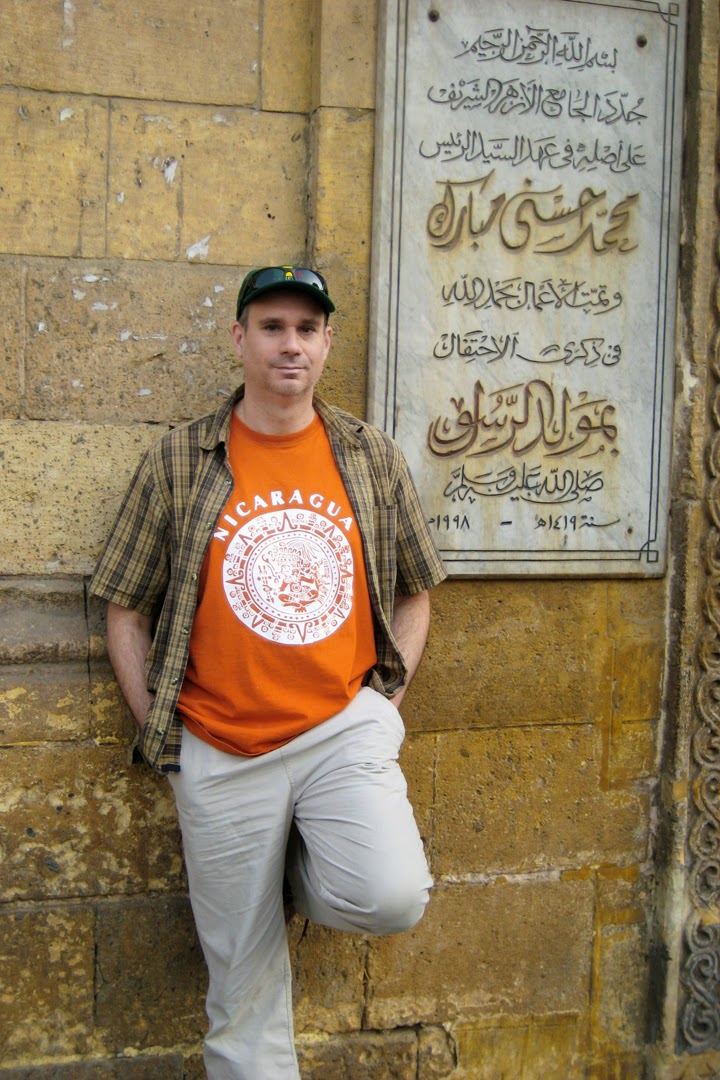 At the same time, I have always tried make air travel compelling in ways that people don’t necessarily expect. I can give you plenty of insights into the usual concerns about turbulence, pilot training, and how planes fly, but what I most enjoy highlighting are the more curious and nuanced aspects of the business, be it a look at airport architecture, a critique of airline livery design, or a personal tangent into culture and travel.

I'm also throwback, maybe, in the sense that I still see planes as a way of bridging people, cultures and continents. I want people to feel informed and more secure, but also rejuvenated about the idea of flying. I'd never have traipsed off to seventy countries if I hadn't fallen in love with airplanes first, and I hope others can learn to see the airplane as intrinsic to the act of travel and not merely an inconvenient means to an end. A tough sell, I know.
The book is informational, of course, but also thoughtful, funny, and reflective. I didn't want to sound like a pilot, and I tried very hard to write a book about flying -- if we can call it that -- that was noticeably different from past attempts both in tone and scope. The questions-and-answers sections are obviously the meat of it, but they're blended with essays, sidebars and memoir, and it's the latter that are probably the book's strongest parts. If you ask me, the most entertaining and best-written part of the whole thing is the airline livery critique in chapter seven. 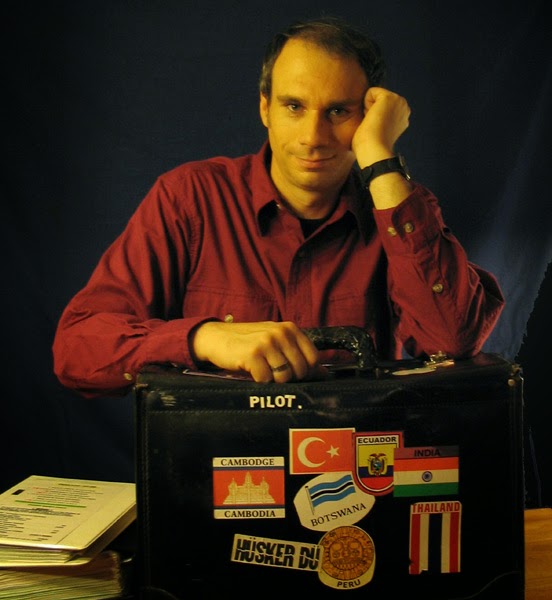 I don't write specifically for nervous flyers, airplane hobbyists, or for those who already have a vested interest in commercial aviation (much as those people enjoy my work and find it helpful). I'm writing for everybody who flies -- which nowadays means just about everybody -- and my topic is the grand theater of air travel: planes, pilots, airlines and airports: everything that makes it hum." 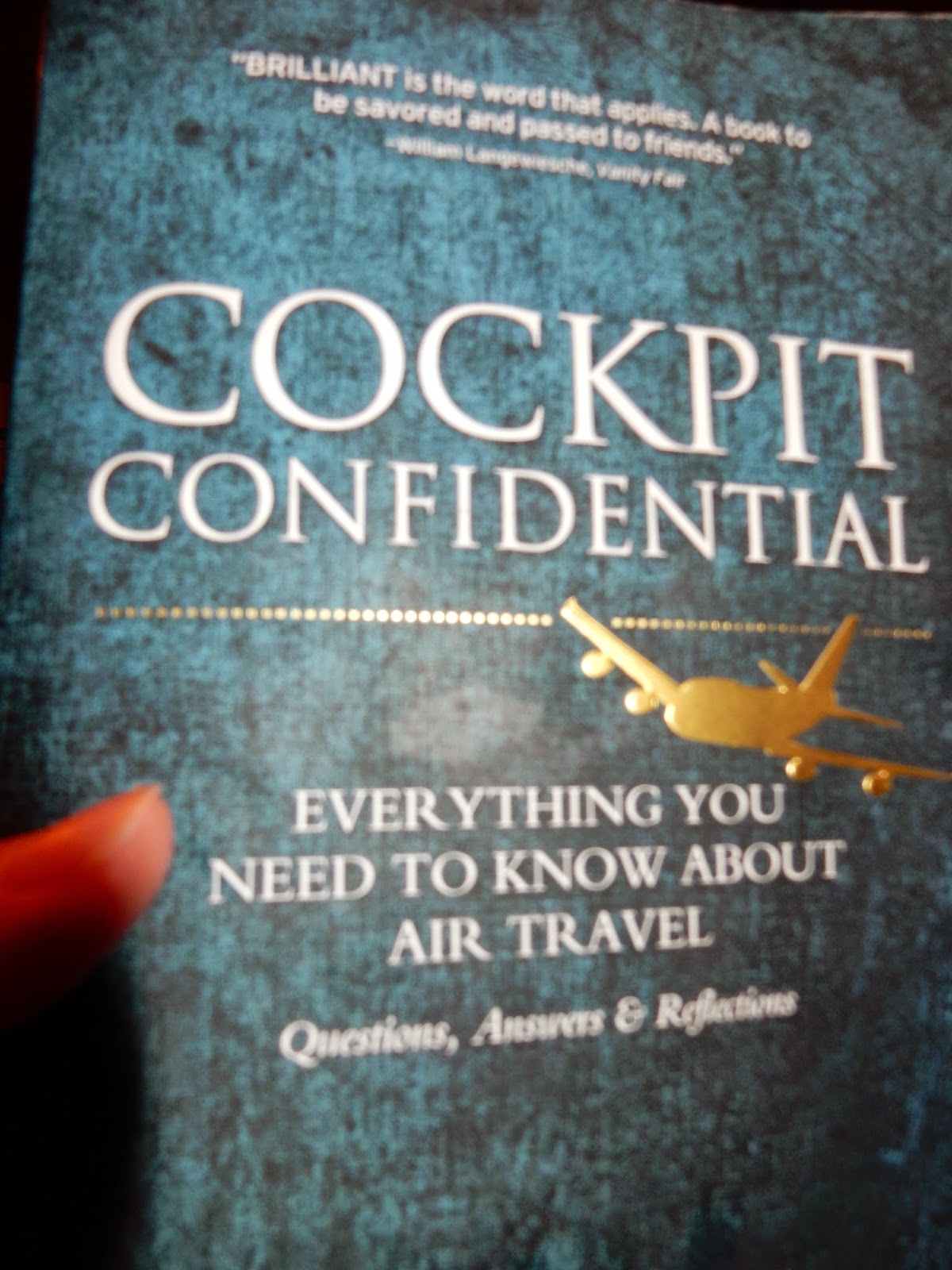 http://www.askthepilot.com/cockpit-confidential-besteller/
Enjoy the Journey!
XO Karlene
Posted by Karlene Petitt at 12:00 AM