Punishment and The Law

A Failure in the AIR21 Statute

AIR21 is known as the whistleblower law for airlines. Most recently, because of the cover-ups at Boeing and the ensuing MAX crashes, aircraft manufacturers were brought into the AIR21 statute to protect those employees as well. But how effective is this law? While it appears that employees are protected, in truth, the AIR21 statute enables employers to retaliate with minimum risk to their bottom line and zero accountability. 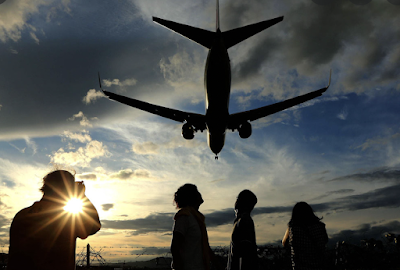 I wrote a proposal to change the law, yet it has yet to make it onto an aviation bill. Hopefully that will change soon. Of the many changes I am proposing, one is to award punitive damages. Currently the AIR21 statute only provides for compensatory damages and not punitive. This is a huge oversight to the effectiveness of the statute.
Compensatory damages are awarded for pain and suffering, which are subjective. Typically, the amount an airline employee has been awarded in an AIR21 case is $50,000. There have been exceptions with one award of $100,000 and another most recent award of $500,000. Unfortunately, the $500,000 award has been challenged by the Administrative Review Board (ARB).

The ARB has confirmed the company violated federal law with high-level executives’ knowledge and involvement. Those executives paid a doctor $74,000 to give a pilot a false medical diagnosis. That doctor even forfeited his medical license to avoid prosecution for his actions. However, the executives, in-house attorneys, and in-house doctor who instigated the deception and deceit, by paying the doctor for a false report, are another story. Most of these people have been promoted within the company. Now you ask… how could any of this occur in todays world? How could any judicial body challenge an award, asserting under these Godforsaken circumstances that the pilot did not suffer enough for what transpired? The company’s appeal likely cost more than $500,000.

The door to that case is not closed. The ARB compared the pilot’s pain and suffering to a manager at the Georgia power company who was awarded $250,000 back in 1989. The equivalent to those dollars in today’s market is approximately $465,000. Yet, the question must be asked, why aren’t punitive damages also allowed for AIR21 complaints? They are in other statutes.

Punitive damages, also known as exemplary damages, are an award of money over and above compensatory damages. The purpose of these damages is to punish for violations in which respondents are aware that they are violating the law or where the violations involved egregious misconduct…

Punitive damages are awarded when the respondent’s conduct is motivated by evil motive or intent, or the conduct demonstrates reckless or callous indifference to the federally protected rights of others. In determining whether to award punitive damages, investigators should focus on the character of the respondent’s conduct and consider whether it is of the sort that calls for deterrence and punishment over and above compensatory damages. (Whistleblower Manual pg 143).

Punitive Damages are
NOT allowed in Air21 claims! 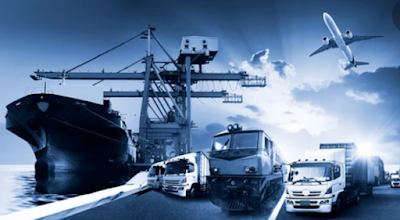 Believe it or not, the very law that is designed to protect the traveling public has no teeth to protect those who step forward. AIR21 is a statute under OSHA. And OSHA allows for punitive damages for other statutes, just not for the AIR21 statute. Ironically, those employees that are protected with punitive damages include: Federal Railroad Safety Act Whistleblower Protection Provision (FRSA), National Transit Systems Security Act (NTSSA); and Seamans Protection Act (SPA). These statutes allow for punitive damages for egregious and illegal behavior. But not in the airline industry. Why not?

To put this in perspective… travelers by sea, the railroad and the transit system are protected because employers are less apt to retaliate against employees for bringing forth safety due to the availability of punitive damages, more than those passengers flying on an airliner. Airline employees, and now aircraft manufacturer employees, despite the law, are silenced daily. They will continue to be silenced unless this law is changed.

However, in the airline industry even if top level management such as a VP or SVP of flight operations were the very people who retaliated against an employee, and the CEO sat on the sidelines watching and did nothing to stop it, there are still no punitive damages, despite the egregious and illegal behavior of those airline executives. Grounding of a pilot that may last for years, or termination of a mechanic or flight attendant is unconscionable.

Imagine a young man with a family to feed, a mortgage to pay, and he loses his job because he refused to sign off an un-airworthy aircraft. Without an income how does he employ an attorney? Attorneys cannot take these cases on contingency. Not only is there no endgame reward, but the employee is only awarded “reasonable” attorney fees, not necessarily all they incurred.  Whereas the airline can throw any disgusting amount of stockholder profits to outside law firms, even if they have an indefensible case. How does an airline hide money they pay to a doctor for such corrupt actions from the stockholders? They itemize the doctor as a “vendor”. How does an airline hide money for attorneys in such cases? That is simply a business expense. What recourse does an employee have?

Imagine a pilot who was unjustly removed from duty for 2 years. Then spent six-years of pain and suffering while fighting for his career, fighting for justice, battling the stress that consumed his health and the health of those that he loves. Legal fees well over the half-million dollars continued to accumulate. Not knowing if he will ever get his attorney fees returned. Mortgaging his home and selling another to finance the challenges. Then the administrative review board (ARB) confirms that top level executives’ behavior was egregious, and they were guilty of federal violations. Yet, this body determines the employee did not suffer enough to deserve the compensatory damages that had been awarded. However, if punitive damages were allowed, legally they would have been the highest level based upon the facts of the case.

Now imagine that pilot was a woman, and a HIMS AME (FAA doctor) told her that airlines buy doctors and it was “a dirty business” they all knew about. That her airline had attempted to engage him, but he could not be bought, only silenced. The company went elsewhere. He then tells her that all the doctors are talking about her. He also wrote on an aviation social media platform that the pilot is medically unfit to fly, and she only returned to the airline because she was in bed with management. How much pain and suffering must a pilot endure? 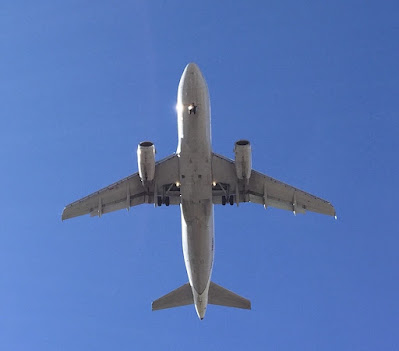 Furthermore, do you believe that if an airline spends millions to destroy a pilot, loses in court, and then loses their appeal as well, and they are only slapped on the hand with limited compensatory damages, that this law will deter them for repeating their illegal behavior? I don’t think it will. While the AIR21 statute does not limit compensatory damages, those subjective views can, and to the detriment of safety and pilots willingness to report.

Does Anyone Actually believe
if Boeing knew they would only be accountable
to $50,000 in compensatory damages
that the outcome of the MAX issue
would have been any different?

The AIR21 Law could simply be a placebo for the traveling public and naive employees who think they are protected. Granted this is all we have. However, one might think a pilot would be crazy to take on an entire airline with the entire executive force involved, all the way up to the CEO, as well as the knowledge of the Board of Directors. Add the FAA administrator into that mix.

What I have learned about this law and perhaps the legal system in general, is that even when you win you lose. Because, without punitive damages the airlines and manufacturers will continue to play their illegal games, working around federal regulations, and threatening employees who have no real protections if top-level management is involved. When those very people who are proven in a court of law have committed federal violations that impact passenger safety, are allowed to be promoted or continue on status quo who does the pilot turn to?

The fight for justice is not over.
Law school is in my future,
as is the change in the AIR21 statute.
Your safety demands it.
Enjoy the Journey!
XO Karlene

Posted by Karlene Petitt at 6:51 AM