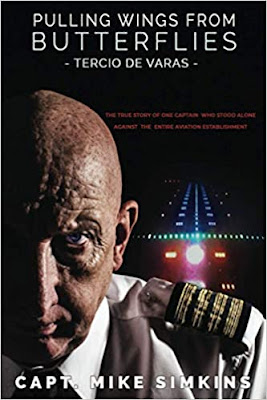 Captain Mike Simkins
Not too long ago Captain Simkins reached out across the Atlantic and asked if would read his book, Pulling Wings From Butterflies, and write a blurb. My response was, but of course.  However, this request came at a time when I was flying to and from Incheon during OE, immersed in learning the A350. I figured I could do a quick read while commuting home. However, I read the first chapter, and realized a quick read was not possible. I instantly knew that his book was not something I wanted to read after being awake all night. I wanted a fresh mind to devour each word on every page. This is one of the most phenomenal books I've read in a very long time!
Pulling Wings From Butterflies begins in a courtroom, on the last day of a week-long legal case with Captain Simkins going head to head against the might of Thomas Cook Airline. He will tell you that this was not about him, but, "Ultimately the judge's decision would resonate within the entire pilot and flight crew community throughout the country, possibly even the world."  He could not have been more correct.
Leaving the reader hanging in the courtroom on that final day, we travel back in time to the beginning of his career. Tenacity, focus, integrity, and the unwillingness to accept no, carry him through an adventure of a lifetime. 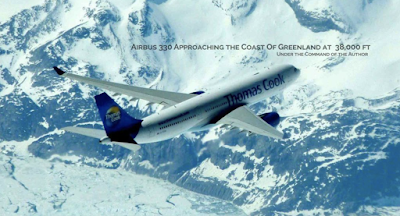 A young man with a passion for music and the desire to fly, was well advised that neither of those options would be viable career paths for him. Little did they know. If you're going to be exceptional at one career, why not two? 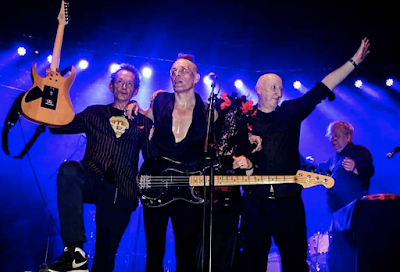 Photo above: 2019 at the end of a 30 date EU tour with Mark (Queens of the Stone age) Lanegan at the London Roundhouse with founding member of The Clash and Public Image Keith Levene
A central theme throughout Captain Simkins' aviation life, and his book, is his overwhelming commitment to safety. There are some people who can't be bought, and he is one of them. You'll find yourself shaking your head at the senseless deaths and incidents that could have been avoided, had those regulators and managers listened to him. When you know that people can die because of a decision make, you should make that decision wisely. That is exactly what he did.
It's hard to imagine that a Captain who had an impeccable career without any performance issues, could lose his job because he fought for safety. But it's true. Captain Simkins took a stand for pilots worldwide and did not bend with the threat of job loss, but instead stood for passenger safety. 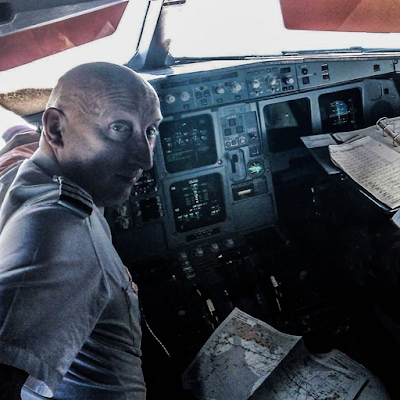 Not only is Captain Simkins' journey compelling, but his writing is witty, sharp, creative, and engaging. Having never met him, I did have the opportunity to chat with someone that knows him quite well. I was told, "He writes how he speaks, he's direct, but has a wicked sense of humor. He doesn't suffer fools, but there's this line for justice and humanity."
The best news is, that this is the first of the trilogy. I can hardly wait for the next two in the series.
If you have the desire to read an exceptionally well written book, by a Captain who took a stand for your safety, at the loss of his career, this is the book for you! Aviation history at its best.
Get your copy on Amazon today:
Pulling Wings From Butterflies
You will be thankful you did!
If you would like to read more about the book and the author
please visit:
Attica Publishing
Captain Simkins website: Pulling Wings from Butterflies
Enjoy the Journey!
XO Karlene PhD