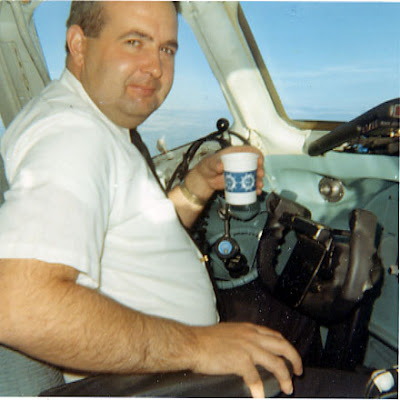 "So here's the scenario. It's 1970. You're in a DC-9. You've been flying three-plus hours from New York to the Caribbean Island of St. Maarten. Most of the flight has been over water, and the weather you have is over three hours old.

As soon as you get into radio range, you call the St. Maarten tower to get a weather update. The weather you receive is marginal but above minimums for the only approach available, which is an NDB approach to runway 9. The tower operator reports thunderstorms in the area.

You do some quick fuel calculations and estimate that you will land at St. Maarten with 6,000 pounds. In a DC-9 that's enough fuel for one or two approaches and then off to your alternate of St. Thomas. 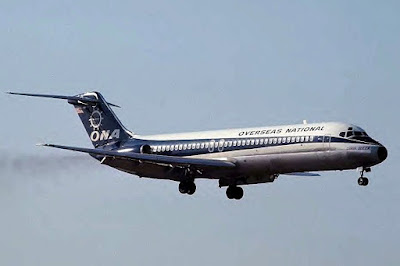 In the descent, you get a message from San Juan Center that the weather in St. Maarten is below minimums, so you ask for vectors for San Juan Puerto Rico. You're well on your way to San Juan when you get a request from San Juan Center to call the tower operator at St. Maarten. You make the call and learn that the weather has improved and is now above minimums. What do you do now? You do some more mental gymnastics and determine that you will land in St. Maarten with 4,400 pounds. That's cutting it close, but you still have enough fuel for one approach and a divert to St. Thomas. Do you really want to tack on another hour of flying and several hours more duty time diverting to San Juan if you don't have to?

The pilot in this post, Captain Balsey DeWitt, decided to head for St. Maarten. He wouldn't make it to St. Maarten or any other airport. ALM Flight 980 would end up at the bottom of the Caribbean Sea, and Captain DeWitt would never pilot another commercial aircraft again.

Technology and automation have made flying safer, but we still have to make some tough decisions now and then. If you want to stay out of the chief pilot's office and the news, go the safe route. 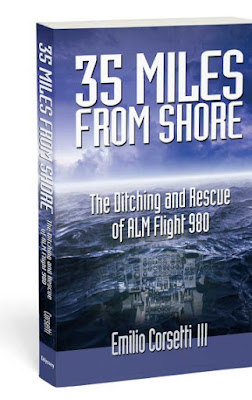 If you would like to learn more about this story, you can get the eBook version on the Kindle for just 99 cents for the remainder of this month. If that's too much, head on over to Goodreads and enter for a free giveaway, also ending February 1."

Emilio is a master of writing
Nonfiction Aviation stories