T.H.ursdays with Tom Hill
Just last week I realized something important in the flight test business. We do not teach good judgment directly. Sure, we have situational exercises in which judgment must be used, and during which we hope the student exercises good judgment. Despite those exercises, Test Pilot School does not have a class on this subject. I don't think anyone has one, certainly not at any of the other schools teaching flight test. This reality is particularly troubling when you consider how important good judgment is when conducting a test flight. With this realization, I got to wondering what would I talk about if I gave a class on good judgment. 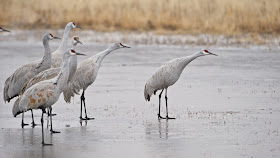 Let's go a little off topic, consider art. Everyone has an opinion on art. Of course, we cannot always agree on all art. But, we generally agree with the fantastic masterpieces. Most folks are amazed by the Mona Lisa, the frescos in the Sistine Chapel, and so on. The list is amazing. Somehow, there seems to be agreement on the "goodness" of great works of art. Yet, as detailed and descriptive as we could be about an acknowledged masterpiece, words are irrelevant to the assessment/feeling we have for a piece being good versus bad. Somehow, we connect to something that helps us be universally consistent in identifying good art.

I assert that the same applies to judgment. As much as we might detail or describe the reason why a choice or decision is a good one, the words are irrelevant. We knew the decision was good before the words were written. We probably knew it when the decision was made, well before any after-the-fact describing went on.

Why is this important? It's important because as much as we might try to write rules and regulations for every situation, we can't. Flying is too variable and dynamic to allow that. For those times when there are no published rules, you need good judgment. How do you connect to the source of good judgment? I think we all possess a common ability, a connection to a common source of what's good, just like we do when it comes to art. While we won't agree 100% of the time on all things, we will agree on most things, the best things, just like we do with the great works of art. Really, it's simply a matter of exercising the connection to that common source. 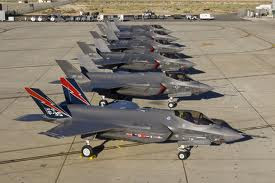 Last week I was at Edwards AFB conducting a flight test with students at the Test Pilot School. The test had its bumps as all tests do. We were sitting on the ground with two airplanes running. A network radio connection between the aircraft wasn't working more than a few feet from each aircraft. We weren't sure what the problem was, which prompted a little discussion over what to do. An idea considered, then rejected, was to establish a connection with the aircraft close to each other then taxi around the base to see if distance was a variable in the equation. Because we didn't brief it--see discussion from last week's article--the idea was rejected. No big deal.

Afterward, this little incident got me thinking: there was nothing "wrong" with taxiing around. It was simply a "better" decision not to do it until we talked about it face-to-face. Then I thought about it some more. There were no rules on this issue. We simply didn't talk about it before we got into the aircraft. We probably could've done just fine doing the impromptu test. While impromptu should always raise the hackles on any flight tester, I thought there was more to consider, since after the fact I thought it was better to do that ground test while the airplanes were running instead of the next day, thus saving us a whole day. I eventually came up with this thought: "what is written is not always right"—keyword: "always.” Now, what's the key to making this statement viable? It's "good judgment.”

After last week's discussion about the discipline of flight test, I might seem like I'm moving backwards on those words. Oh no - far from it. In fact, anyone who uses any kind of good judgment has to depend on a very deep connection to discipline. The most valuable crews who have ever worked for me have always exhibited the highest levels of judgment and discipline. You can’t blindly follow what you think the rules might be any more than you can fly in flight test with only judgment. You need both.

As important as good judgment is, it is a subject we don't teach directly. As difficult as the subject may be to teach, I think it is entirely possible. What do you think?

Tom Hill
"Photography by Tom Hill"
Karlene Petitt at 12:00 AM