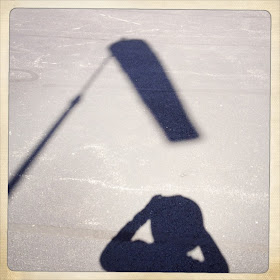 One of the best pieces of advice I have ever been given about flying and emergencies is this:


"When you first encounter the emergency,
wind the clock."


I'm sure lots of you are saying, "huh?!" Yep, that's the advice: "Wind the clock." What does it mean? It means do not jump to conclusions and make a bad thing worse.

Back in the bad-old-days of analog watches -- those were days when people actually wore watches on their wrists, by the way -- military aircraft were configured with simple clocks that rarely kept good time and always seemed to need winding. It took a lot of winding before the second hand moved. The advice was really a way to distract you after first encountering an emergency. There's lots of goodness to this advice. I'll explain.


When I first entered training and was taught how to deal with emergencies, one thing I was not taught was "calm down." The typical emergency exercise was a quick affair requiring prompt and immediate action. Most instructors didn't appreciate delays or deep thought by their students. Such actions were perceived as ways to stall, which were rewarded with more problems on top of the initial indications. Your failed engine might turn into a fire problem. If that didn't cause action, then the instructor would add more -- say, the wing would catch fire -- until there was no way to solve the problem, which resulted in an inevitable crash. Of course, the desired effect was prompt, immediate action by the student. Students learned to assess and tackle emergencies as quickly as possible, which looked like some sort of karate exercise with all the switch accusations and lever pulls some solutions required..


There's a problem with this training approach. Most emergencies will not result in immediate catastrophic failure. Except for a few things, modern aircraft are not so vulnerable that single points of failure will result in dramatic results if not dealt with immediately. In fact, if the problem was so large that imminent death might result, the problem may have no solution at all, leaving the pilot with nothing to karate chop through.

The real problem, and one we have all seen first hand, is inaccurate diagnosis. Inaccurate diagnosis causes the aircrew to solve the wrong problem. Most of us multi-engine pilots know the hazards of grabbing wrong levers and accidentally shutting off a good engine, leaving the bad one to burn away. Every few years the Air Force relearns this lesson--don't shutoff the wrong engine. We have lots and lots of procedures and techniques institutionalized to prevent this type of thing from happening, yet the problem persists. That is because the basic problem was not addressed -- accurate diagnosis. This leads to the advice: "Wind the clock." 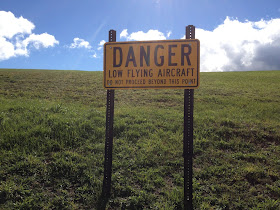 The Air Force teaches its aviation neophytes a saying to help deal with emergencies: "Maintain aircraft control, analyze the situation, then take proper action. Land as soon as conditions permit." This is simply the spelled-out version of "wind the clock." Nowhere in this litany does it say "karate chop through the emergency." In fact, it emphasizes what is most important, and in the right order of importance.

After Test Pilot School, I went back to the F-15 schoolhouse to get re-qualified. I had been out of the F15 for three years. Part of the discipline pounded into us at TPS was the discipline of the checklist. As powerful as it is, using a checklist step by step by step takes time. This is especially true if you're flying by yourself. The auto-pilot doesn't work, it's night, you're in a simulated cloud. It can take forever for some.

The F-15 community prides itself to a large degree on the thoroughness of its training. Graduates know the aircraft inside and out. This is especially true of the emergency procedures. So thorough is the training that there are no memorized procedures on the checklist. There are no CAPS or Boldface for aborting on the runway or for engine, fire, thrust-loss on take-off and such, as you would with other aircraft. How do they get away with that? Because the training makes you memorize the whole darn thing. Sure you have a checklist but it's for "reference purposes only," meaning you should have accomplished all the procedures before referring to the thing -- which kind of ignores the whole point of a checklist, doesn't it? 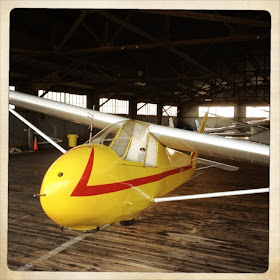 One day, I was in my final practice emergency procedure simulator, during which the operator/instructor got to dial-a-disaster any way he wanted. It's supposed to be tough, a rite of passage in a way. Unfortunately, I disrupted his plan for my death and destruction by tackling the important things first, then diligently reading and confirming every step on my checklist. Of course, this took a lot longer than he planned. We didn't cover as many scenarios as he thought we would. And, I didn't crash once. We ran out of time before we got to his favorite epic Kobayashi-Maru style failure, which always caused a student to crash.

During the debrief, we had a disagreement on the utility of checklists. The instructor accused me of using it as a crutch for my seeming lack of knowledge about the aircraft. Of course, I disagreed. In retrospect, I think he was more upset about not being able to do his full dial-a-disaster plan than my use of checklists. At least I hope that's what he was upset about.

To this day, I make it a point to brief my crew mates that I won't karate chop my way through an emergency, "just 'cause." I had better have a really good reason to do procedures off of memory, versus reviewing them in the tech order first. Yes, there are times when you will do things from memory -- there was the pumping the gear down on final at night in Anchorage, which is a great learning story. But mostly, stick to the checklist. And wind the clock.